by Sam Phillips and Beth Newman
ACT were too good for QLD II. Photo: RUGBY.com.au/Karen Watson

The Australian Schoolboys Championship is done and dusted for another year and ACT have been crowned national champions.

They were the form team all tournament and fittingly, they came out on top in the final, a 30-11 win over QLD II.

It's the first national title for ACT since 1988 and there looks to be potential stars aplenty in that side.

Here's how all the action panned out on finals day. 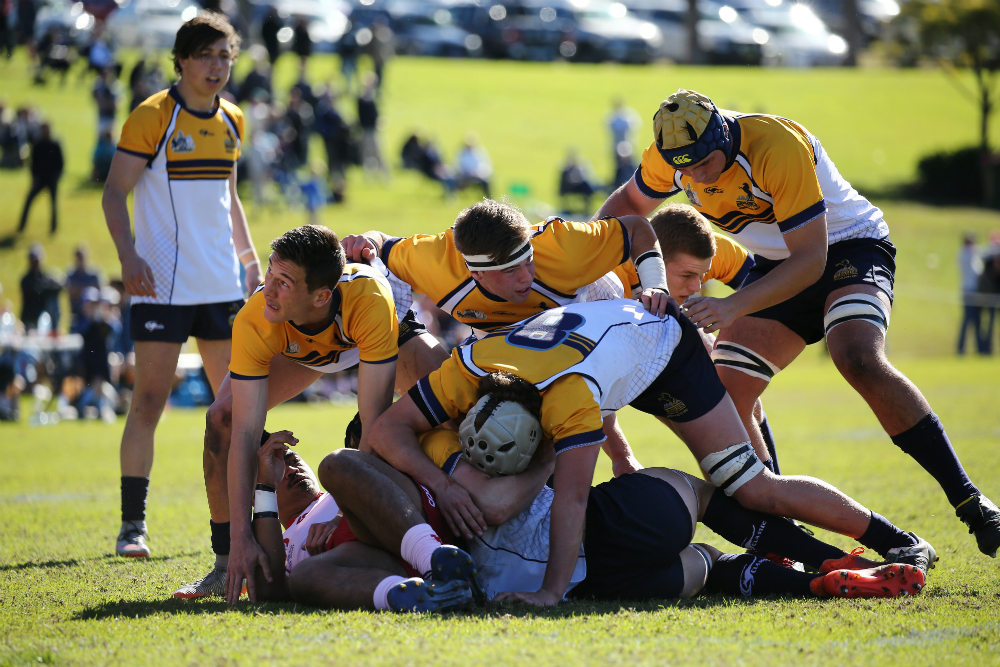 ACT controlled both possession and territory in the first 10 minutes and they turned to the reliable boot of Will Goddard to open up a 3-0 lead.

QLD II, through strong set piece play and willing defence, worked back into the game and Carter Gordon levelled the scores with 19 minutes gone.

Gordon’s penalty was followed by a try sparked by a strong rolling maul, standout openside flanker Kohan Herbert spinning off the back of it and offloading to Rhys van Nek, who found Josh Vuta for the first try of the match, late in the first half.

ACT narrowed the margin as the half time siren sounded, Goddard slotting another penalty after his forward pack powered through a terrific scrum. 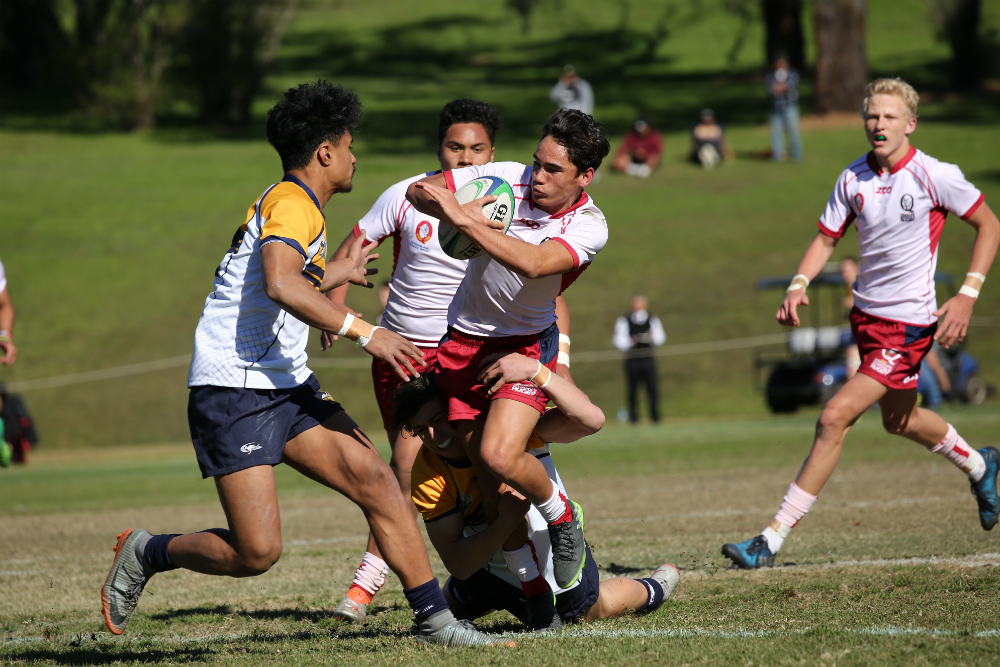 Goddard then put ACT in front with a pure strike of a penalty from 45 metres out before Seamus Smith was rewarded for another great game with his team’s first try - the halfback darting over from close range after his forwards went close to scoring in a multi phase movement.

QLD II added another penalty soon after but ACT extended their lead again, a brilliant pass from Goddard off the back of a strong lineout putting Brendan Jimenez over.

That was followed by the sealer from hooker Lachlan Lonergan and in truth, ACT never looked to be in any danger as soon as they emerged from the half time sheds. 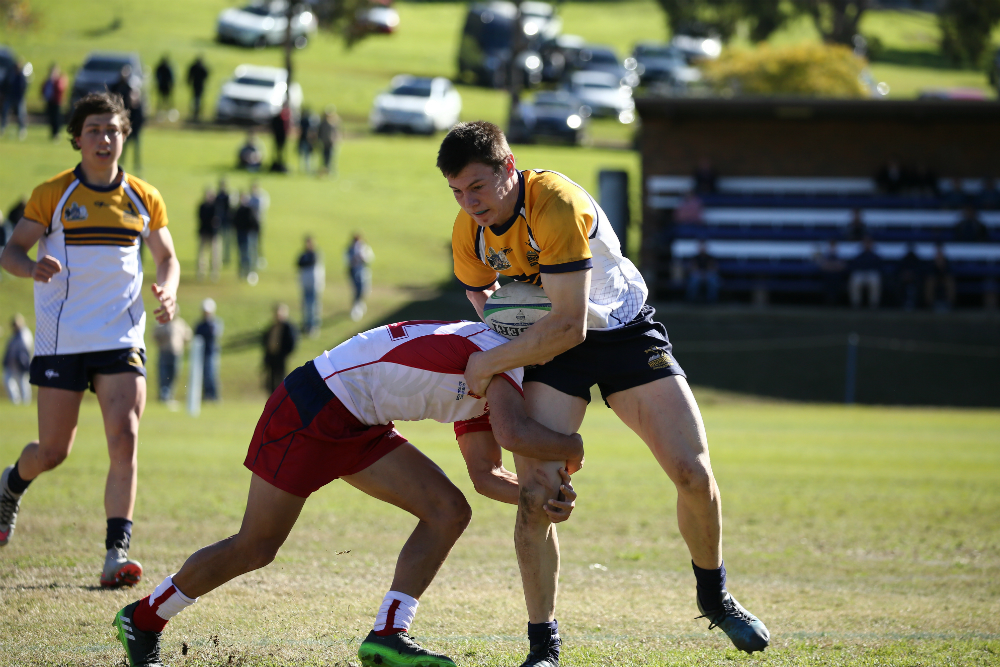 They were the best team all tournament and looked every bit of that today.

It's been written after every match he has played in this tournament but Goddard looks to be a future star. His game is very similar to Reds young gun Hamish Stewart in that he can control proceedings purely through the strength of his right boot. His goal kicking is immaculate and his kicking in general play always seems to find open space or the sideline. Threw a perfect pass to put Jimenez over and gets stuck in defensively as well.

Has lead by example all tournament and did so again today. Puts his hand up for carry after carry and is capable of the occasional game breaking burst.

Another stellar outing from the livewire fullback. Doesn't have the biggest frame but defenders seem to have a tough time laying a hand on him, such is the strength of his speed and agility.

Brilliant spin move off the back of a maul to set up QLD II's only try and loved his work rate around the park. An archetypal openside flanker.

This was the game many expected to be played as the final, but instead the two traditional state sides found themselves lining up in the third-place playoff.

It lived up to the hype ,with Queensland just holding NSW off in a thrilling 29-24 contest, that went well beyond the full-time. 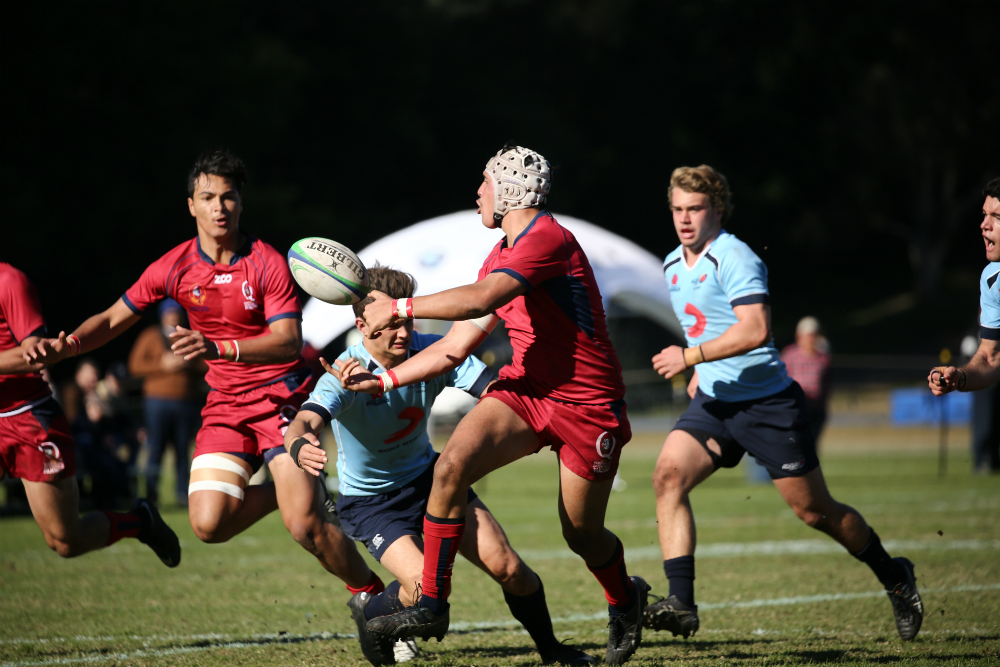 NSW winger Will Llyod was the star for his side with a hat-trick, but it wasn't enough to overcome the early deficit.

While NSW's Luke Reimer had first blood in just the third minute, Queensland had the better of the first half, making the most of their opportunities with three tries for the term.

Lloyd got a vital score just before the half-time siren to narrow  the margin to seven points before the break.

Queensland managed to hold NSW out in a marathon final phases, and the emotion showed after full-time. 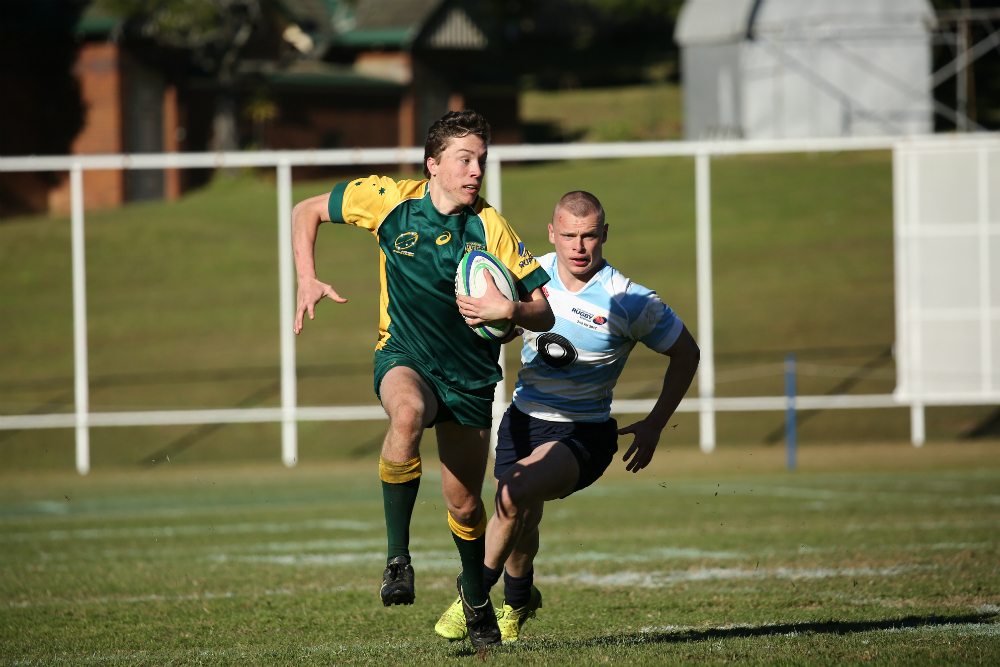 Combined States have pulled off another Schools upset, beating NSW II to take fifth place at Riverview on Saturday morning.

Winger Charles Barker had a double before half-time, against the run of play, a spark that put Combined States on the front foot in that opening term.

His fellow outside back, Michael Pavlakis had yet another superb game in the tournament, influential in attack and defence, also booting three goals off the boot.

NSW were their own worst enemy at times, unable to convert their opportunities, but it was the Combined States defence that proved the greatest barrier for the hosts.

A try for Jack Walsh just after the break put the Combined States out to a 22-point lead, that was ultimately unassailable despite two late tries for NSW.

The Combined States fullback has been doing it all week and he was once again the star for the Combined side, with some super attack and crunching hits in defence. A certianty to be included in the national side or Barbarians team after this

The winger had a double in the first half - one an intercept and another a super finish in the corner - to show his potential.

The reserve prop played a crucial role in the Combined States' late scrum dominance and provided some important size to a relatively smalle side. Nephew of Lote Tuqiri doens't look like he'll be following in those outside back steps, but looks a force in the front row

The prop has been influential all tournament and was again a pivotal figure in a losing side on Saturday morning. Had a late try after pressure from NSW.

NSW II's flyhalf was a spark in attack, combining well with the rest of the backline, up against it for much of the game.

Easy has shown his versatility this week and again slotted into a slightly different role at the centres. Handed over the kicking duties but still managed to have a say as NSW mounted a comeback attempt.

WA has finished its tournament on a high with a big win over Victoria in the seventh-place playoff.

Carlo Tizzano was a star for WA, scoring a try and making an impact across the park, along with winger Walker Smith.

A yellow card for John-Martin Stewart put WA a man down and Victoria pounced with a try to Jonathan Lightfoot but they couldn't claw their way back into a lead against WA.