Horne replaced the injured Samu Kerevi in the squad, a decision that was met with mixed reactions from fans and high-profile coaches alike, with former Brumbies mentor Laurie FIsher questioning the move.

It was an interesting move from Wallabies coach Michael Cheika to pull in Horne, who has signed with Premiership side Northampton, after initially overlooking all overseas-bound players in his 34-man squad.

Why Rob Horne and not Bill Meakes??

Gibson said be believed Meakes, who has been a standout in his first season with the Force, would have a Wallabies future, despite being overlooked.

Wallabies coach Michael Cheika had opted for Kyle Godwin and Reece Hodge in his centres over Meakes, before calling in Horne.

“On his inclusion to the Australian side, Cheik’s clearly opted for experience and that’s tipped things in his favour.

“I see Bill Meakes as a player who’s had an outstanding season and is going to feature in the future.” 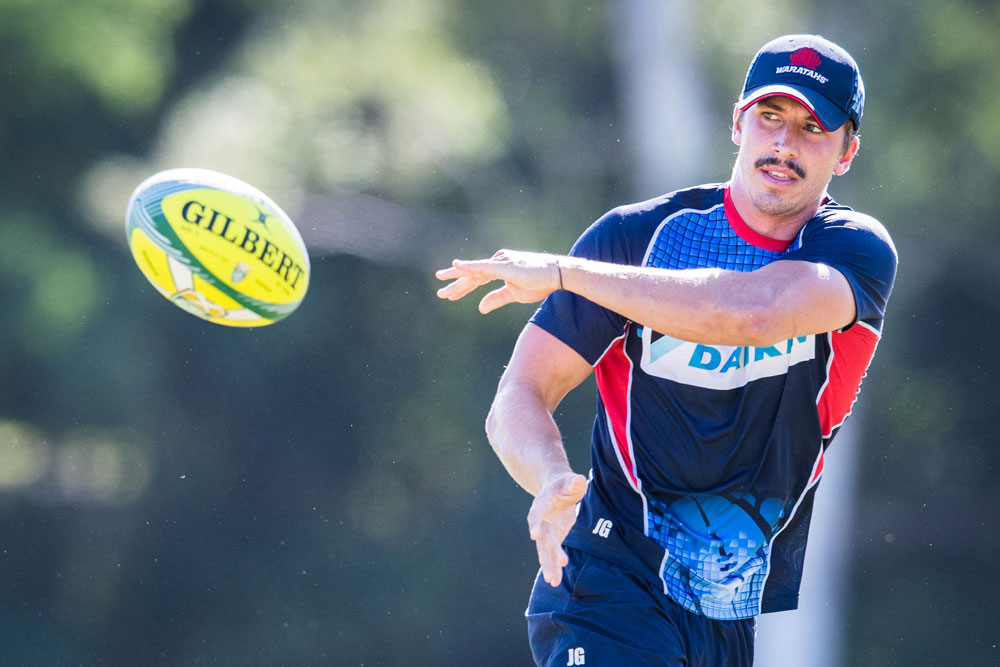 There was little questioning of Jake Gordon’s promotion into the wider squad, with the NSW halfback stepping up to replace the injured NIck Phipps.

“It’s probably a reward for Jake’s season,” he said.

“He’s competed well with Nick all year – been a topsy turvy battle where at stages both have held the number one spot in the Waratahs.

“It’s unfortunate for Nick that injury has ruled him out but off the back of that it’s an opportunity for Jake to get in front of Cheik and the coaches and show what he can do.”

Gibson is expecting Phipps to be fit for the Waratahs’ round 16 clash with the Jaguares, after injuring his ankle against the Highlanders.

If Gordon isn’t selected for Saturday’s first Test against Fiji, Gibson said the 23-year-old would be in the mix to join the Waratahs on their trip to face Japanese heavyweights Suntory, with only one fit halfback left in their squad.

The Wallabies train for the first time on Monday in Melbourne, ahead of Saturday’s clash with Fiji, kicking off at 3pm AEST LIVE on FOX SPORTS.