The Waratahs walked away with a bonus point on Friday night but that was all they got in a 24-26 loss to the Kings.

It was worlds away from discussion of bonus point wins that most outsiders predicted, with the South Africans in their third week of a gruelling overseas tour, with the Kings the ones with second half gas, piling on 26 unanswered points..

To twist the knife further for the Waratahs it was another week where errors of their own doing proved their undoing. 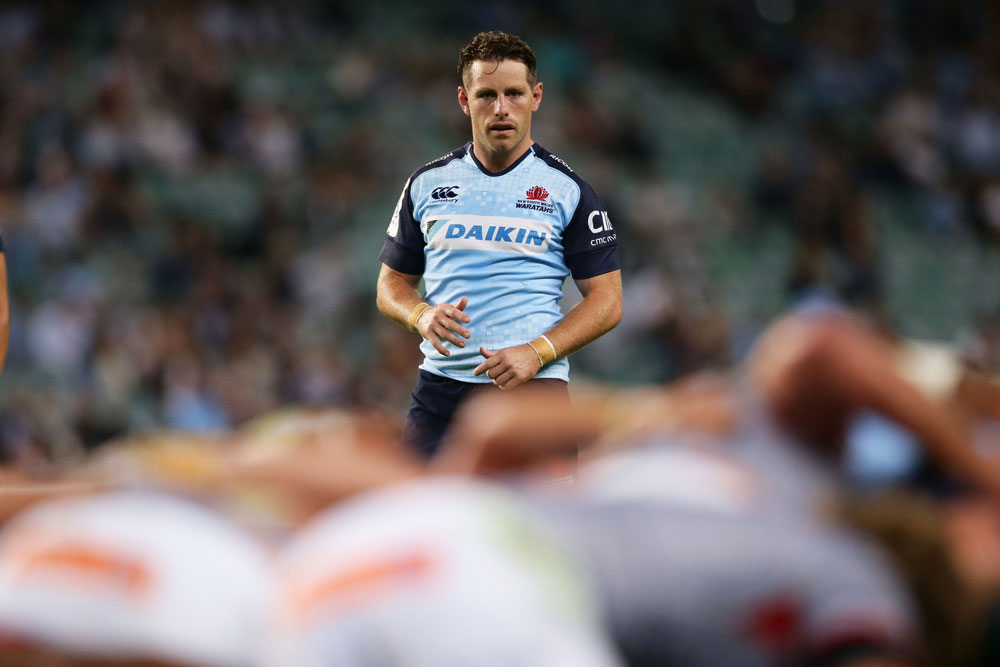 The Waratahs  brushed off the chance for three points midway through the second half, a score that would have put them up by eight points, and Foley missed two of his three conversion attempts in an average kicking night.

It was out of the hands where they put themselves under the most pain, with 11 handling errors.

They gave the Kings a good sniff when a Taqele Naiyaravoro pass went astray but the South Africans kicked the ball dead, but the monster winger made up for that with the opening try.

That score came off a super Bernard Foley cross-field kick, with Israel Folau contesting the high ball and Naiyaravoro pouncing on the loose pill to cross.

Folau had his hand the most spectacular Waratahs try of the season, with a behind-the-back offload to Foley, who handed off to the scorer, Rob Horne on his return.

That was very nearly topped by a 95-metre Cam Clark effort that gave the Waratahs a three-try lead, even as they battled a man down after a yellow card for Ned Hanigan.

While that try showed off their attacking potential, it was their set piece that crumbled against the Kings, with the scrum under pressure from the get go and two conceded lineouts before the half-hour mark.

Then the Kings arrived.

A charge down on a Foley kick gave  prop Justin Forwood their first score just shy of the half-time break began the run, before the South Africans inflicted NSW's first scoreless second half in almost four years on the home side.

A try-saving Folau tackle stopped the Kings from adding another just after half-time as the Waratahs vied for a valuable bonus point win.

Kings fullback Masixole Banda found the line in the 46th minute off the back of a scrum and narrowed the gap to just five points, before conceding their own yellow card after a brutal high tackle on Hugh Roach.

Hooker Micheal Willemse put the Kings in front for the first time in the match in the 67th minute and finally a penalty try made the Waratahs pay where they had struggled most all night.

Naiyaravoro clinched his second in the 83rd minute to put them back in consolation bonus point territory.

A compounding worry for the Waratahs ahead of their critical conference clash with the Reds next week was the substitution of hooker Tolu Latu at half-time with a shoulder concern.

Their only saving grace might be that they're still in touch with the Australian conference finals spot, after the Brumbies lost to the Hurricanes just hours earlier.