Lopeti Timani will miss the Melbourne Rebels tour to South Africa and their home games against the Lions and the Queensland Reds after being cited and suspended for four weeks by the SANZAAR judiciary on Sunday night on a kicking charge.

Timani had been yellow carded by referee Glen Jackson in the first half of the Rebels’ win over the Brumbies at AAMI Park in Melbourne for dropping his knee into the head of Wallabies teammate Rory Arnold.

But he was cited on Sunday morning as the judiciary review committee felt that the offence had warranted a red card.

His leg appeared to make contact with Arnold's head, albeit fleetingly, while he was on the ground. 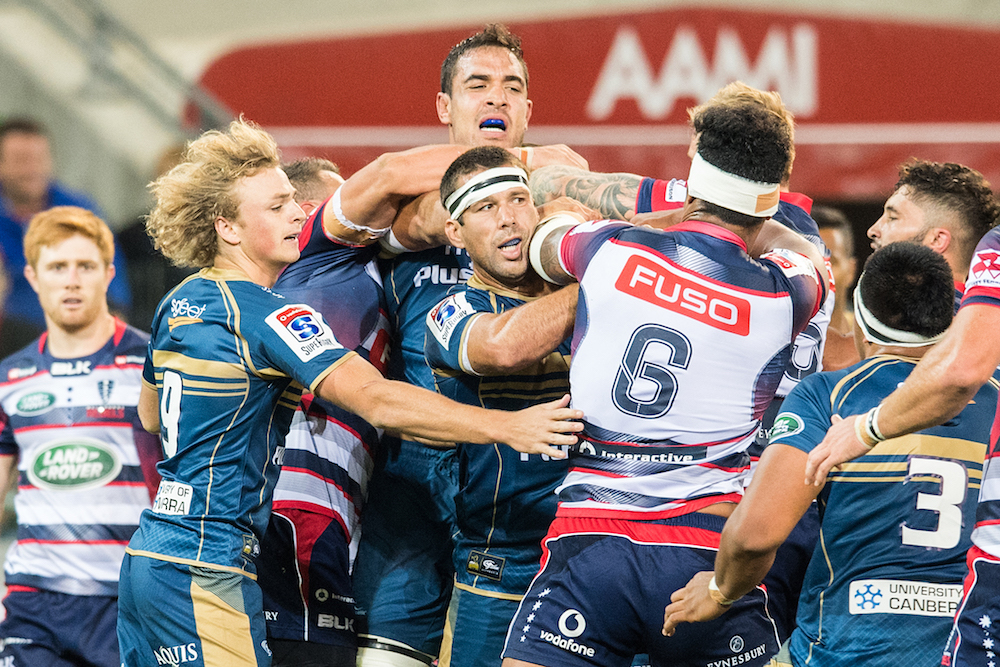 Timani pleaded guilty to the charge and has been suspended from all forms of the game up to and including May 13.

The judiciary review committee felt that the charge warranted an eight-week suspension initially but Timani’s clean record and guilty plea saw it whittled down to four weeks.

After the match Brumbies coach Stephen Larkham said he thought the offence was worthy of a red card.

“I don't know I guess they'll deal with that afterwards but you don't want a guy to get sent off to win a game, you still want to play well.”