She’s an Olympic gold medallist and helped Australia win their first ever World Series Sevens title but Nicole Beck’s greatest achievements are off the field.

Already a mother to Sophie in Rio, Beck is expecting her second child next month but has remained active in Australian Rugby.

At the start of the year she travelled with Men’s Sevens captain Lewis Holland to rural Vietnam to help with a rugby and life skills program facilitated by Childfund Australia.

Beck very aware of the contrasting cultural attitudes she’s used to and those she had been briefed on prior to and during her visit.

“There’s some very big cultural differences here, they tend to get married young and then they stop playing sport,” Beck said. 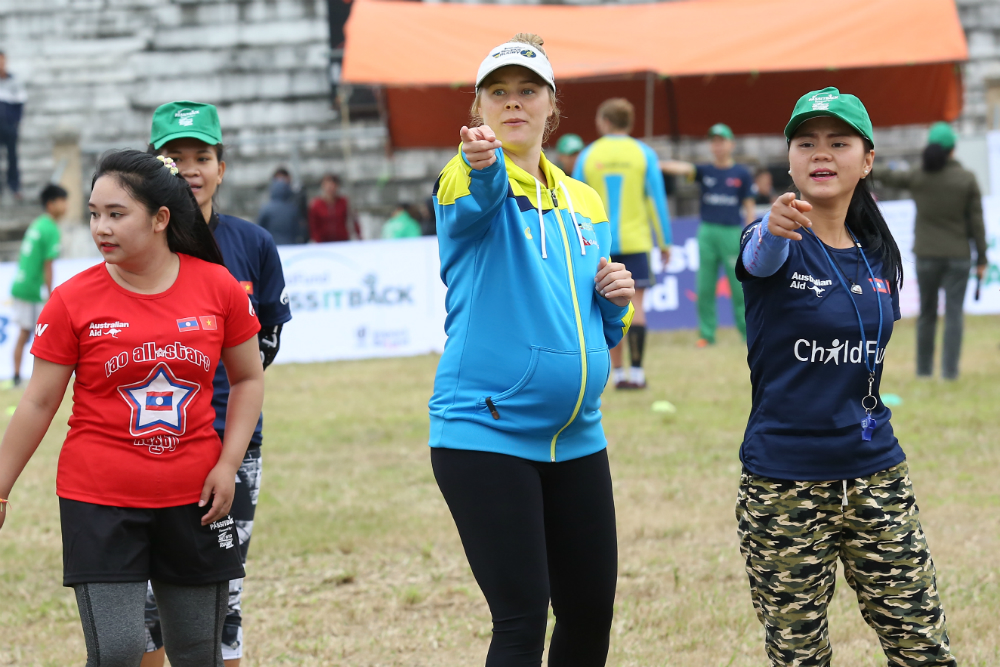 “It’s very different to see a mother playing still so hopefully it’s a bit of inspiration.”

While there, Beck met Lao Khang, a national Sevens representative from Lao who was not only blown away by the Australian’s rugby skills but also by her ability to juggle motherhood and professional sport.

“I’m so inspired by Nicole because in Lao if you have a baby your husband won’t let you play rugby anymore,” Khang said.

“I’m so happy to see this example and if I have a child or get married in the future I’m going to keep on playing rugby.”