Brumbies co-captain Christian Lealiifano is on the verge of a permanent return to Canberra, 100 days post-surgery.

Lealiifano has been in Melbourne for the best part of the last three months after a bone marrow transplant, but is believed to have been given the all-clear to return to his adopted home.

How good is it to see @christianlealiifano at Meet the Players Day! #Unbreakable


The playmaker was in Canberra on Saturday for the Brumbies' fan day, signing autographs and stopping for snaps along the way.

Teammate Scott Sio posted a video with Lealiifano on Instagram, with the caption, 'DAY ONE HUNNID,'.

While a return to play this season seems unlikely, Lealiifano will play a prominent role in the Brumbies' 2017 season, as one of its co-captains and in a coaching capacity. 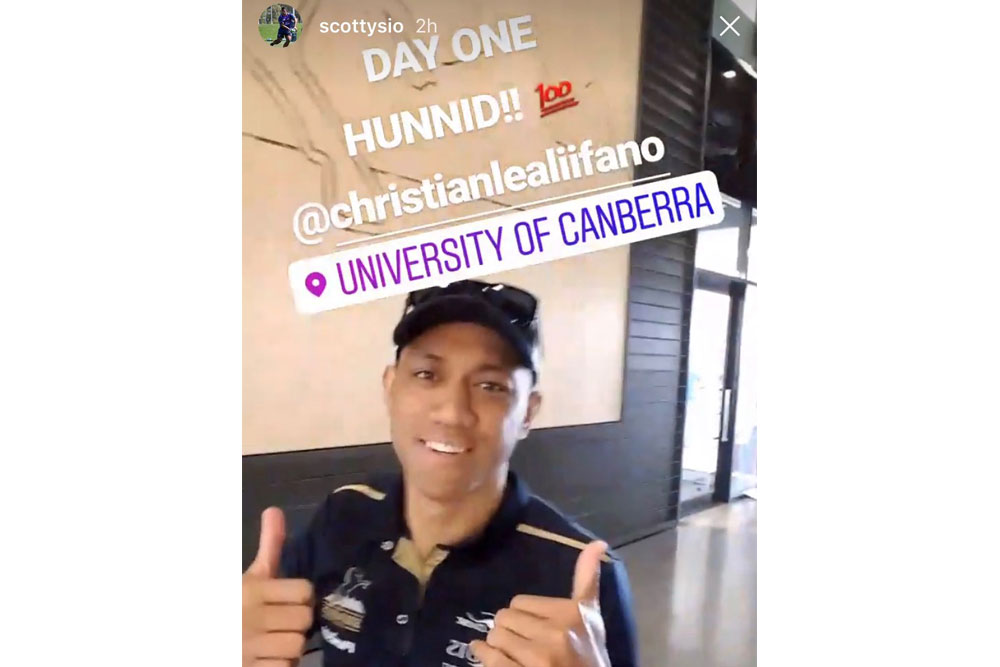 Brumbies coach Stephen Larkham said earlier this week that he was optimistic of Lealiifano's imminent return to Canberra.

"Everything is on track for Christian, I think he's had his central line taken out and is coming up to the 100 days in Melbourne," he told Fairfax Media.

"He'll be in and around the boys as much as possible from then onwards. Everything is on track for the next stage of his treatment and recovery.

"It was a great offer from the Rebels. The beauty of where Christian is at the moment is that he can come home and settle into things back here."

The Brumbies travel to Christchurch next week to take on the Crusaders in their opening Super Rugby match.