Dargaville excited for season ahead

by Tom Logan
James Dargaville is happy to be back playing Rugby for the Brumbies again. Photo. Brumbies Media Unit.

James Dargaville is happy to be back fit and running again after a shoulder reconstruction kept him out of action for more than five months.

The young wing has firmly set his sights on a solid Super Rugby campaign for the Brumbies.

“It’s been a little while since I injured my shoulder in the first round of the NRC competition last year,” Dargaville said.

It was good to get a run against the Waratahs in Mudgee and then to back that up at the Brisbane Tens a week later was fantastic."

Whilst not getting carried away at the possibility of a starting spot for the Brumbies in their season opener against the Crusaders in Christchurch, the former Vikings player is happy to play anywhere for the team. 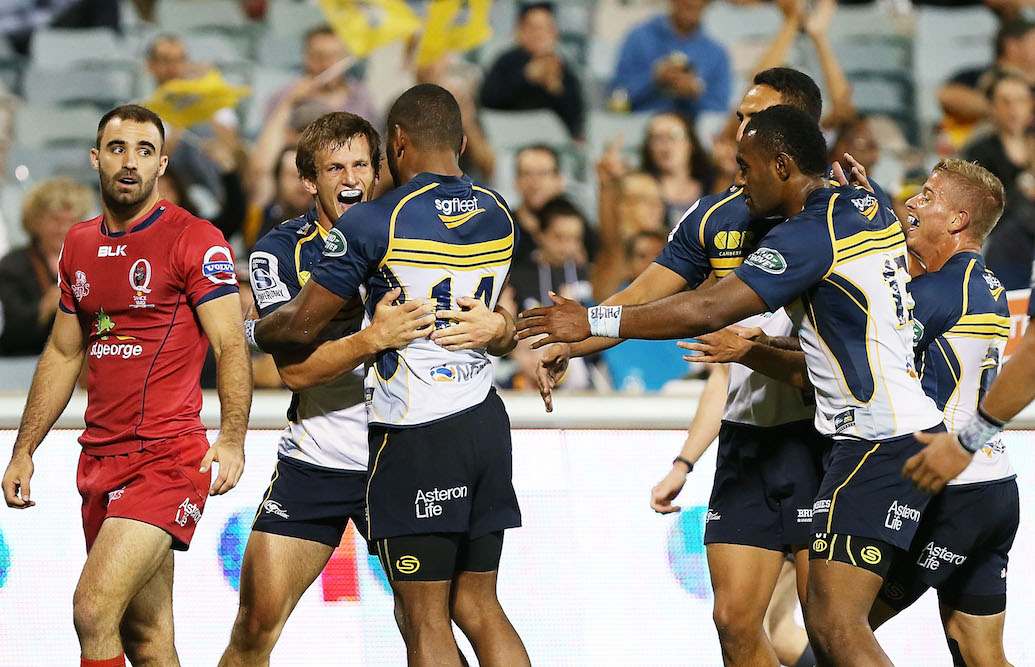 "Anywhere in the backline is going to be competitive so the only thing I can do is train hard and hopefully I will end up in a position.”

“Just being a good Rugby player and fitting in is the most important thing. We have some great players here so if I can get a spot on the wing or anywhere else then that would be great.”

“The main focus will be to get the team in the best possible position to win games.”

“It’s a very exciting time to be a Brumby.”

The Brumbies kick off their 2017 Super Rugby home campaign against the Durban Sharks at GIO Stadium on March 4. Memberships can be purchased at www.brumbies.com.au