Former Sale wing Tom Arscott has been given a written warning by the Rugby Football Union for passing on inside information to his brother, Luke, before the Sharks' Premiership match at Bristol.

Tom Arscott was sacked by Sale last month after allegedly leaking team plans to Luke, a Bristol player, when they met on New Year's Eve - the day before Sale lost 24-23 at home to Bristol.

Neither Arscott brother played in the match.

The RFU, English rugby's national governing body, said on Monday the information fell "at the lower end of the scale of seriousness", but deemed Tom Arscott's behaviour "inappropriate". 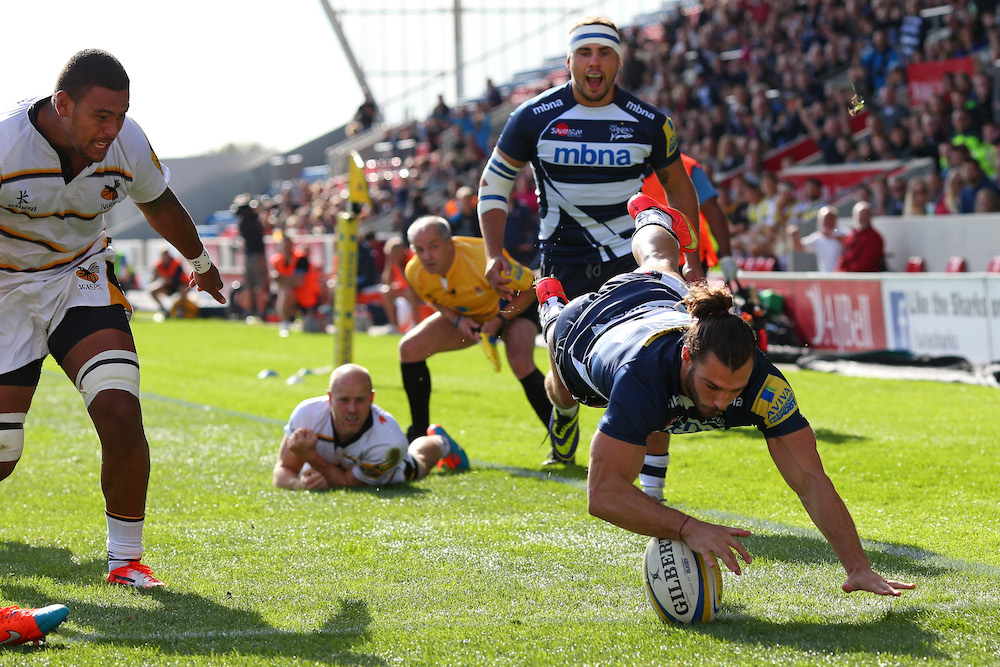 It was alleged that Tom Arscott's conduct was in breach of RFU regulation 17 (anti-corruption and betting), but officials said they found no evidence of betting or fixing, having interviewed 25 individuals following Sale's letter of complaint on January 17.

Tom Arscott, in a brief statement issued via the Rugby Players' Association several hours after the RFU verdict, said all he wanted to do now was resume his playing career.

"Following the conclusion of the RFU's investigation into the complaint made against me by Sale Sharks, I wish to state that although I am disappointed with the outcome, I would now like to draw a line under this episode," the 29-year-old said.

"This has been an extremely difficult period for me, my family and friends and I would like to thank all those who have supported me." - Tom Arscott

"I look forward to resuming my playing career as soon as possible."

Earlier, an RFU statement said: "Tom Arscott discussed tactical information with his brother Luke Arscott ahead of the match."

"This information related to Sale using some backs in their line-out on occasion and that another back would be defending in a different position at times."

"The RFU has determined that this information, while at the lower end of the scale of seriousness, falls within the definition of inside information (as per regulation 17.2)."

"But in the absence of any evidence of betting or fixing, there had not been a breach of RFU regulation 17.

"However, the RFU has deemed that Tom Arscott's behaviour was inappropriate and the player has received a written warning for his conduct and he will be required to undertake a relevant World Rugby education module."