Centre Remi Lamerat admitted France are feeling the pressure ahead of Sunday's Six Nations clash against Scotland in Paris.

Although widely considered to be improving under Guy Noves, who took over the France reins from Philippe Saint-Andre following the 2015 World Cup debacle, 'Les Bleus' are still finding victories hard to come by.

They won only two matches in last year's Six Nations before, in November, losing by two points to Australia and by five against New Zealand.

Meanwhile Scotland -- with seven wins from their last 11 -- have been getting steadily better since losing every match of the 2015 Six Nations, culminating with their shock 27-22 success against Ireland last week.

"We're all unanimous in saying that Scotland play an attractive game that is also effective given that they beat Ireland and have started to have lots of good results in this competition," said Clermont centre Lamerat.

"For us in the backs, when we have a three-quarter line (opposite) as talented and spectacular, it's a great challenge.

"We're quite impressed with the progress they've made. As a fan of good rugby, you can only acknowledge that they've made some great improvements."

Whereas in many previous years a clash against visiting Scots would have been considered a home banker - France were on a 10-match winning streak against Scotland until last year's 29-18 Six Nations reverse at Murrayfield - now there is a very real feeling that Vern Cotter's team is capable of leaving the Stade de France with a full compliment of points.

"A second defeat, at home against Scotland, would deny us (the possibility of getting a good) result in this tournament, so there's maybe a bit more pressure than normal, although once again that's not a bad thing," added
Lamerat.

According to Scotland captain Greig Laidlaw, it is a tough mental edge that has been added to the team and is making the difference.

"Where I feel the team has made massive strides is being able to dig ourselves out of a hole," said the Glasgow scrum-half.

"After allowing Ireland to come back at us, we managed to get field positions and eventually see out the win, so it's pleasing to know we can perform in these situations.

"We understand how we can win games from being behind. We need everything we had from the Ireland game and take that forward into the French game." 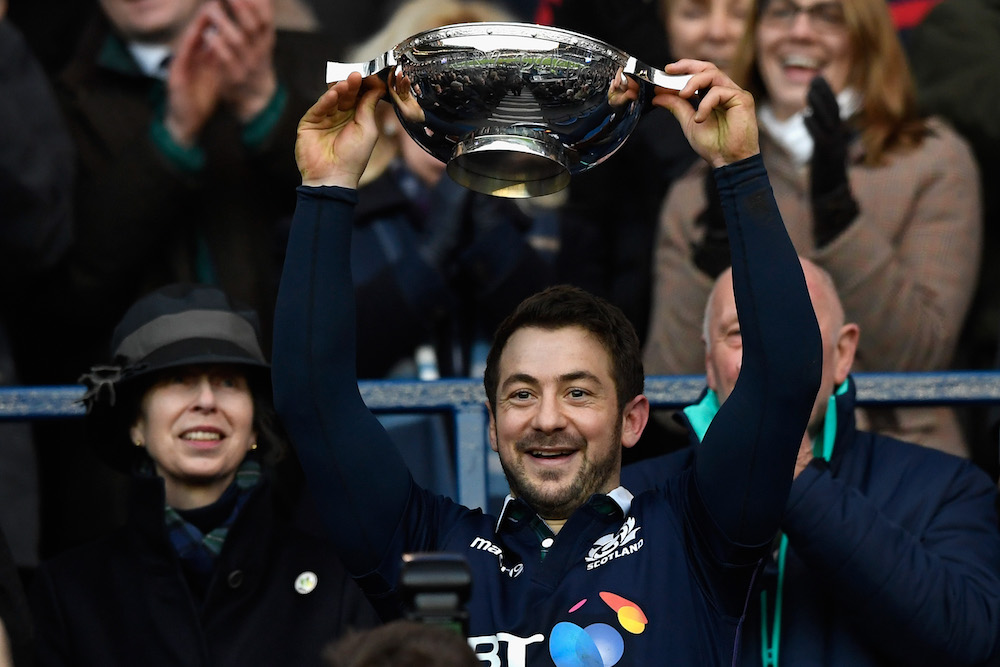 New Zealander Cotter described the task at hand as "a monumental challenge" and said his team would have to be at their "relentless best" to come out on top.

And it is far from all doom and gloom in the French camp - there is at least renewed hope following the turgid fare and multiple disappointments of the Saint-Andre era.

This France team does at least play a more expansive game and has pushed the top three sides in the world - New Zealand, England and Australia - close over the past three months, losing three matches by just a combined 10
points.

But Noves is fed up with his team being the nearly men.

"We're able to challenge the biggest nations but we now have to move into the next gear to tip the balance in tight games," he said.

"That's the next step in our progression. Ok, we're working well, ok we're improving, but are we doing so as quickly as the rest?

"We still need to accelerate to overtake the others.

We'd like to reward all the hard work and those who support us.

Only a victory can unlock the next improvement."

Scotland and France teams for Six Nations match at Stade de France on Sunday 1:00am ADST.