Tough day at the office for Sevens in Wellington

It was a tough first day at the office for the Australian Men’s Sevens team in Wellington for round three of the HSBC World Series.

Pitted against the powerhouse teams of Fiji and South Africa, the young inexperienced Aussie unit was always going to have to dig deep.

Finishing with one win and two losses, after dispatching Japan in its final pool game of the day, Australia has finished third in Pool B which means it will contest the Challenge Trophy quarter finals on Sunday morning.

The first game against Fiji began with promise with young star Henry Hutchison touching down for the first score of the game. It did not take long for Fiji to level through Viriviri after errors in play by the Aussies. Alex Gibbon got a second try to hold the lead at the break.

Fiji however does not enjoy trailing on the scoreboard and quickly exploited turnovers from Australia to add three converted tries to its tally and take the win 26-12. 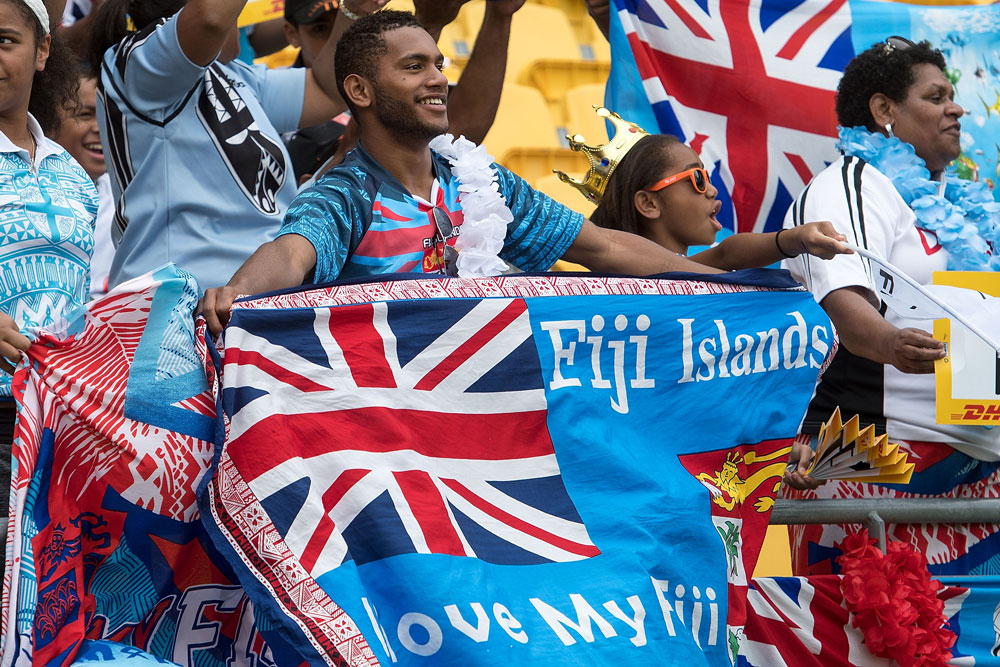 Coach Andy Friend admitted that first match was somewhat of a missed chance when it came to the Aussies snatching an upset.

“I thought going in 12-5 up at half time we had the chance with 30 seconds left to go to be up 19-5. They’re the chances you have to take and we didn’t. That gave them a chance to come back at us, as we knew they would, and they just overpowered us – so that was disappointing,” he said.

The match against South Africa was tight in the first half with Australia holding the Blitzboks to one try at the break. But it came at a cost as Boyd Killingworth dislocated his shoulder with what looked to be an innocuous tackle on Werner Kok as he scored the lone first half try.

Three tries to South Africa in the second half by Soyizwapi, Sage and Dry, put the 28-0 result beyond doubt with Australia failing to get points on the board.

Not the result we wanted against @Blitzboks, but it's time to get up for Japan and finish the day on a high! #Aussie7s pic.twitter.com/5ERQJOZ3kY

The final game of the Aussies’ day saw the inclusion of 13th man Simon Kennewell, replacing Killingworth to take on Japan, which had also struggled in its earlier games against the big guns.

Japan’s woes were to continue as Australia came out firing with quick tries to Hutchison, Stannard and the captain Sam Myers who racked up a double as the half time siren sounded.

Japan hit back quickly in the second half through Matsuoka, but when teen debutant Tate McDermott got his first try in the Aussie jersey, the result looked set. 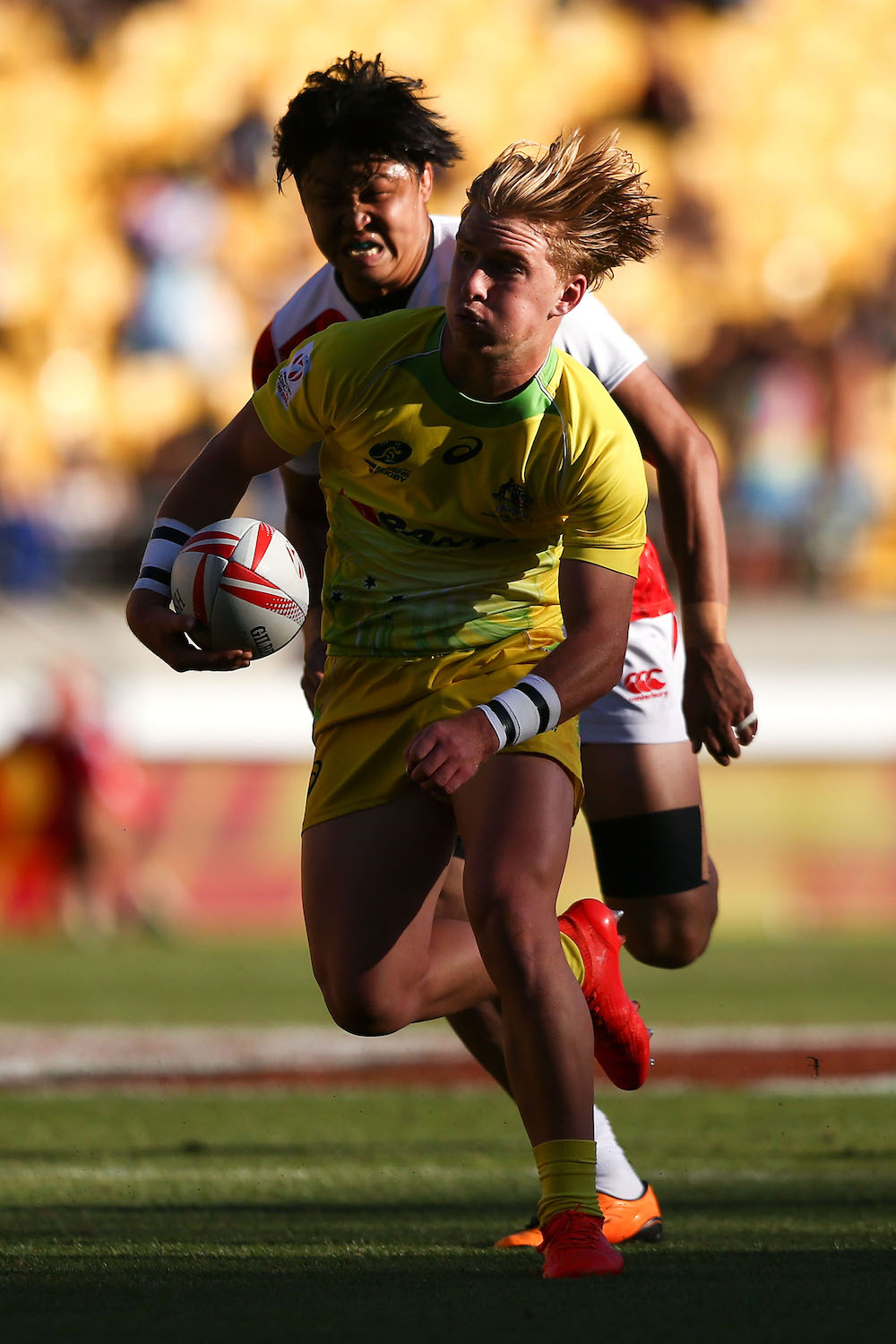 As the final seconds ticked over the game became somewhat scrappy and Japan managed a second try from Tsurugasaki - the final score 33-12.

Finishing third in Pool B means Australia will face Samoa in the Challenge Trophy quarter-finals. Their best result would be ninth place but, as Friend reiterated, that means winning all three games tomorrow.

“We now need to focus. We’ll have our work cut out to try and win those next three games, but that’s certainly the plan," he said. 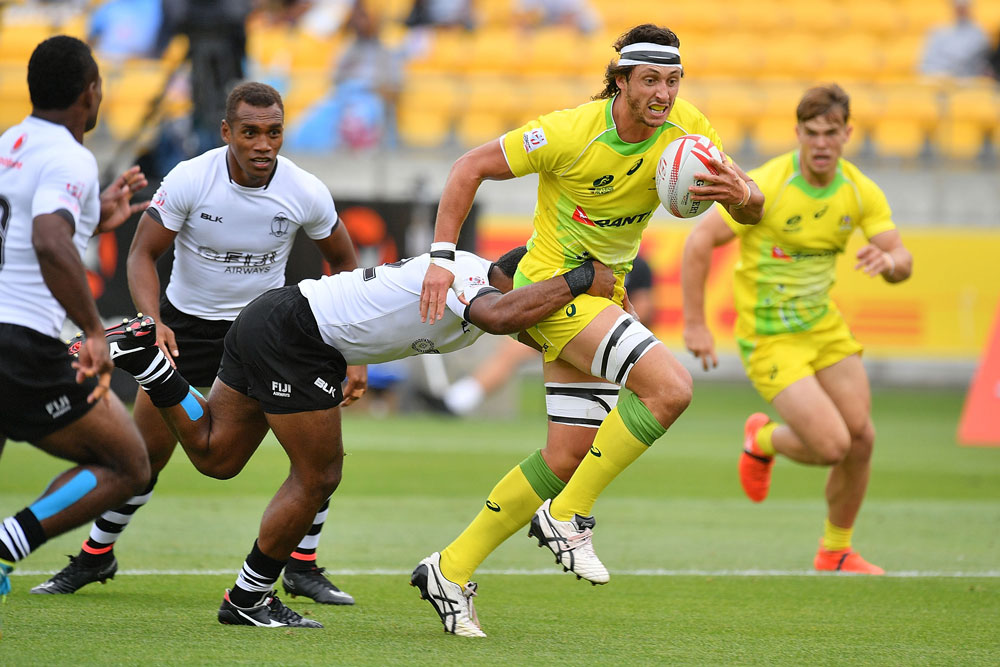 “We’d like to go into Sydney (next week) ideally having been in the Cup quarters here, but we’re not – so we need to go in as high as we can.

This squad is in a rebuilding phase and while disappointed in part with the first day losses, he is pleased overall with what he is seeing from the youngsters who are being asked to step up.

“I see massive potential there but it’s not a quick fix. Sevens takes time; it takes time to learn the game and to become familiar with the patterns and the instincts of the game. - Andy Friend

“I’m not unrealistic about it, but I was happy with the overall performance of the young fellas; we just need to be patient and give them more chances to play.”

England Argentina, South Africa, Fiji, New Zealand, France, Canada and Scotland are the top eight teams that will progress through to the Cup quarter-finals on day two.

All matches will be broadcast LIVE on Fox Sports 502 from 8:50am (AEDT) on Sunday.