Northampton hooker Hartley, who last season captained England to a Six Nations title with a clean sweep of wins, is currently serving a six-week ban for striking.

Hartley came through a 'simulated match trial' fitness test on Wednesday and was included in a 34-man squad announced by Jones.

Jones though did not name Hartley - or anyone else - as captain on Friday.

Hartley - who has missed more than a year of his career through suspension - is not expected to play before England face France in their Six Nations opener at Twickenham on February 4.

"Dylan is moving in the right direction. He's progressed from probably in the autumn when we'd have given him a five out of 10 in terms of being ready to play," Jones told reporters at Twickenham on Friday.

"Now he's more like a seven out of ten." England travel to Portugal for a January 22-27 training camp and Jones said: "Given that he has a good couple of days training in Portugal, I anticipate him being ready for the first Test match.

"I'll have a look at him on Monday and Tuesday."

But the Australian stressed: "The captaincy like the jersey is not a permanent position - nothing is permanent in our team.

"No one owns the jersey, it's something you borrow."

England are currently on a 14-match winning streak, with 13 of those victories coming since Jones took charge following the 2015 World Cup.

"This time last year I said that the long-term strategy for England is to develop a side who can be the most dominant team in world rugby," Jones said.

"Obviously I've been pleased with how the team's progressing, but there's still plenty to improve on." - Eddie Jones

But they will be without former captain Chris Robshaw for the whole of the Six Nations after the Harlequins flanker had shoulder surgery while fellow back-row forward Billy Vunipola will miss at least the opening rounds because of a knee problem. 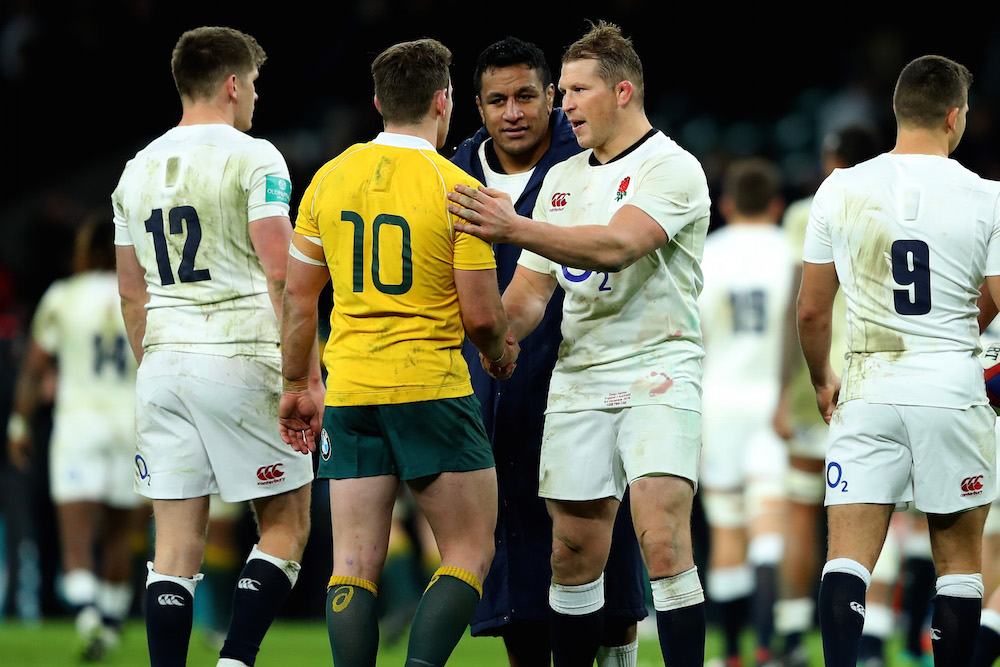 Back-row James Haskell, who suffered a toe injury late last year before being concussed this month, was passed fit as was wing Anthony Watson.

"Maro Itoje has done well for his club... James Haskell was magnificent for England last year and is a fierce player," said Jones.

"Anthony Watson has been a fine player for England and is one the most prolific try scorers for the number of Tests he has played."

Despite his vast experience, Jones - Australia's coach when they were beaten by England in the 2003 World Cup final to England - said he'd been taken aback by the passion involved in the Six Nations.

"At the start of last year's Six Nations I probably didn't realise the enormity of the tournament and how intense the rivalry is between the countries, so this year we'll be better prepared for it and we are looking forward to being daring in our game against France on 4 February."

Jones also announced Friday that he had appointed visual awareness coach Dr Sherylle Calder to his backroom staff, with the South African set to work on England's hand-eye co-ordination skills.

Calder has previously been involved in two World Cup-winning sides, working with England in 2003 and South Africa in 2007 - when Jones was a coaching consultant to the Springboks.

"For us this year is about building really strong foundations for the team and making sure our fundamental skills are improving," Jones said.

"Part of that is hand-eye co-ordination and our ability to handle the ball adroitly - Dr Sherylle Calder is an expert in that field."
Share