Larkham and Walker return to Rugby for Brisbane Tens

by Tom Logan
Larkham (left) alongside Walker (centre) coming out of retirement for the Brumbies. Photo: Brumbies Media Unit

ACT Brumbies legends Stephen Larkham and Andrew Walker have come out of retirement to line up for the club at the Brisbane Global Rugby Tens tournament this February.

Larkham and Walker are on the roster to participate in the Brumbies matches against the Highlanders, Bulls and Toulon at the rugby festival at Suncorp Stadium.

“I told the boys this morning and to be honest I had a few butterflies in my stomach because now I’ll have to get back into training,” Larkham said.

“I’ve played in a few tens tournaments since I’ve retired and I have had a lot of fun in them so it should be a great time.”

Although nervous, the Brumbies Head Coach and Wallaby great is excited to be pulling on his treasured Brumbies jersey once again with one of his former teammates. 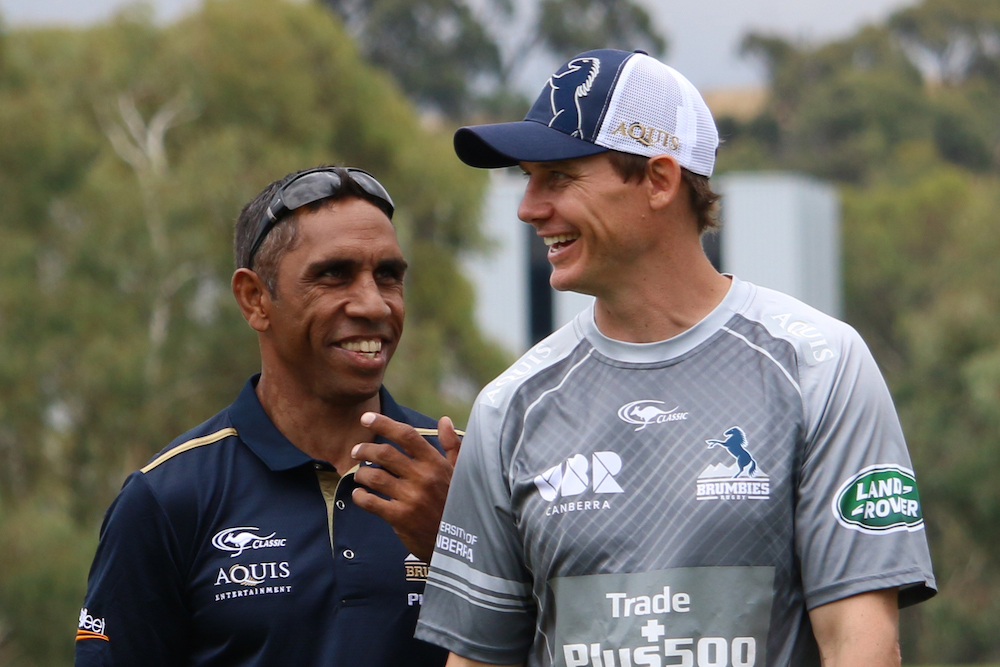 “It’s great that Andrew is able to commit to represent the Brumbies in the tournament as he was a firm fan favourite during an incredible career at the club.”

Larkham and Walker join a number of other marquee 'legend' Chris Latham of the Reds, with more announcement around the corner from other teams.

For the dual international Walker, the chance to pull on the jumper again is something he couldn’t pass up, having spent four years with the ACT from 2000-2003.

“The chance to put on the jumper again will be massive, it’s going to be great to play alongside these guys, and I’m going to embrace the challenge and enjoy playing with the boys,” Walker said.

“It’s going to be great to be a part of the tournament, it makes me feel young again but I’m not sure how I will feel after a few games.”