Arnold was the target of French glamour club Toulon, after a superb debut Test season but hinted after Australia’s loss to Ireland that Australia was where he would stay.

The 26-year-old was a relative latecomer to rugby, having only switched from league at 16, though was earmarked as a Test prospect after a 2015 Super Rugby debut. 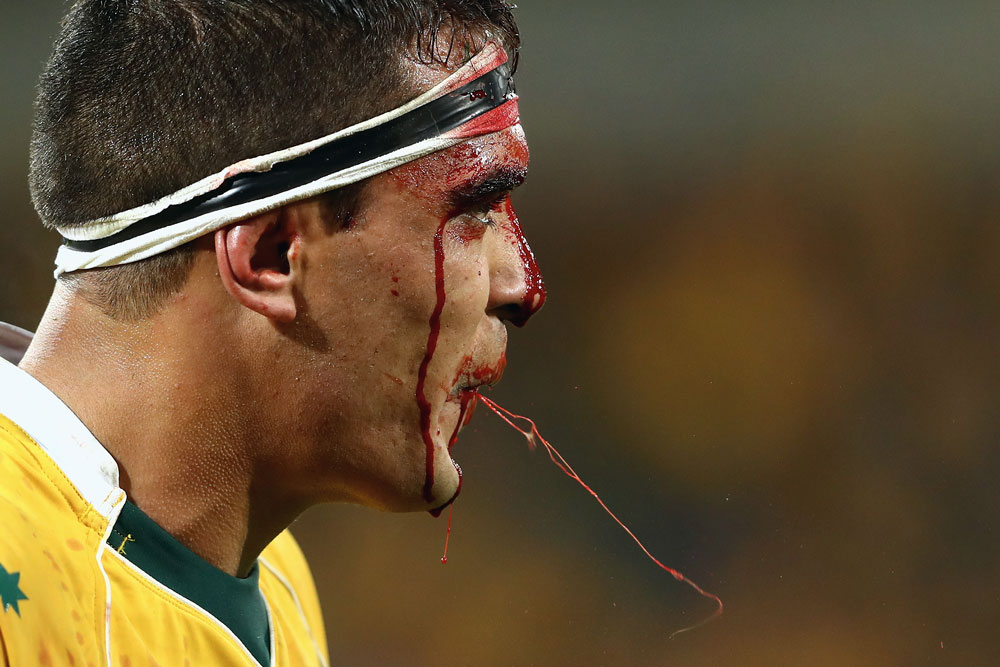 Arnold’s form for the Brumbies earned him his maiden Wallabies outing in Brisbane in June against England, the first of nine Tests he featured in this season.

The 208cm lock said a desire to kick on to the 2019 Rugby World Cup kept him at home, among a second row department that is quickly growing in competitiveness.

Arnold’s combination with Adam Coleman in the second row was one of the most consistent through the year, before Coleman’s year was ended with injury.

“I am delighted to be staying with the Brumbies for the next stage of my career,” he said.

“It was flattering to receive offers from overseas, and it wasn’t an easy decision to make, but I am committed to the Brumbies, and Australian rugby, and am looking forward to attempting to stake a claim for a regular place in both the Super Rugby and international line-ups.

“The lure of the Rugby World Cup in 2019 played a major part in my decision and I was hesitant to head overseas too early in my career. - Rory Arnold

Arnold will likely be a key cog for the Brumbies in years to come, after his rapid rise at Super Rugby level, and the new-look ACT side is one he wants to be a part of.

“It’s a new era at the Brumbies and there are a number of talented young players coming through the ranks both here and in Australian rugby in general and it is an exciting time to be involved.”

Wagga Wagga-born Arnold said staying near his family was another major factor in his decision to stay put.

“My family is here as well and, after talking it through with them, I made the decision to stay. It’s been an entertaining and fun ride for me in my career so far and I am eagerly awaiting the next stage,” he said.

Arnold’s decision is a major boon for the ARU, who has battled to compete with the cash offered by European clubs, particularly fringe Test players in recent seasons.