It will be a 350-day wait for the Wallabies to exact revenge on England, with the sides' 2017 clash confirmed on Wednesday.

England has confirmed its 2017 Autumn series, with the Wallabies the middle of three Tests, with Australia taking on England on November 18, 2017, after Argentina and before Samoa visit Twickenham.

The remainder of the Wallabies’ Spring Tour Tests are yet to be confirmed, with the home nations holding the responsibility of announcing their dates.

Unlike this year's clas,  the 2017 match will fall in the November Test window, meaning all of Australia's eligible overseas-based players would likely be available to play.

Wallabies coach MIchael Cheika indicated after the side’s five-week Spring Tour that it would be a shorter trip in 2017. 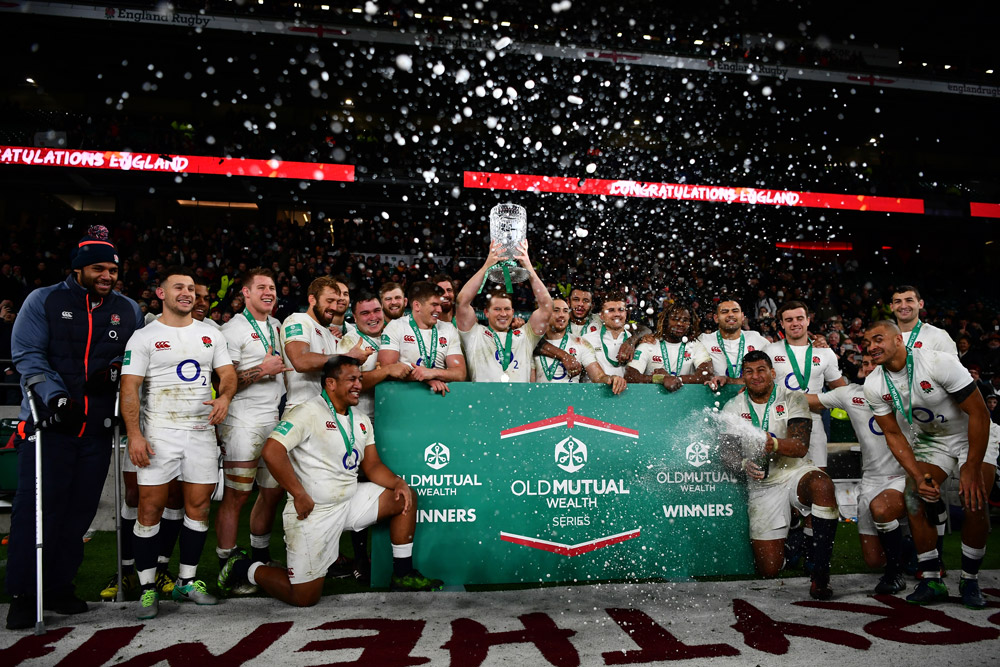 Australia has confirmed its June Series and Rugby Championship matches for next season already, kicking off the 2017 season with a match against Fiji in Melbourne.

Scotland and Italy will follow in June, all with afternoon kick-offs, as the British and Irish Lions take on New Zealand across the ditch and France travels to South Africa to face off with the Springboks.

England coach Eddie Jones said the three matches would be crucial ahead of the 2019 World Cup.

“This season’s Old Mutual Wealth Series was fantastic for England and we had brilliant support from 82,000 fans every week," he said.

“These block of matches are an important step in our preparations for the 2019 Rugby World Cup in Japan and we look forward to playing in the 2017 series against three tough opponents in Argentina, Australia and Samoa.”