England captain Dylan Hartley will discover on Wednesday if his latest disciplinary infraction costs him missing the start of their Six Nations title defence.

The 30-year-old New Zealand-born hooker -- who has served 54 weeks of suspensions in his career because of various disciplinary issues -- will appear at a hearing over his sending-off in Friday's European Champions Cup match between his side Northampton and Irish province Leinster.

He had been on the pitch for just six minutes when he was given a red card by referee Jerome Garces for swinging an arm at flanker Sean O'Brien, who subsequently failed a Head Injury Assessment (HIA), and with England coach Eddie Jones sitting in the stands.


Jones surprised many in appointing Hartley captain when he took over after the 2015 World Cup. But the choice proved inspired after 13 wins this year.

Nevertheless Jones was seen running his hand down his face at Hartley's dismissal.

Northampton's director of rugby Jim Mallinder said he could not defend Hartley over the sending off.

Hartley runs the risk of an eight-week ban, jeopardising his chances of captaining England in the Six Nations and leading the British and Irish Lions in New Zealand next year.

England -- who if Hartley is unavailable could well be captained by kicker Owen Farrell -- begin the defence of their Grand Slam against France at Twickenham on February 4. 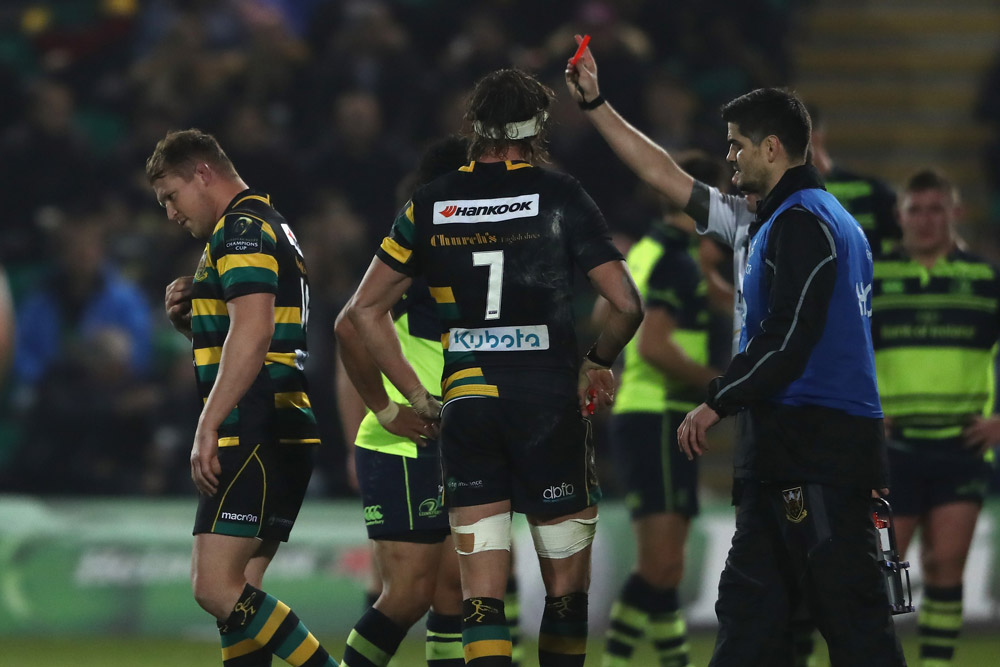 "I think Dylan's got credit in the bank," Ritchie told BBC Sport.

"I think most people would say it's been a fantastic year. We've had 13 wins out of 13 and Dylan has made a huge contribution and he should be allowed to continue that.

"Obviously it's disappointing when he gets sent off but we'll wait and see what happens.

"If he's eligible to be in contention for the Six Nations then it's a matter for Eddie.

"He's been a great leader and his performances on the pitch, and the way he's helped Eddie with the team... I think he's done a fantastic job," added Ritchie.

He was dropped by then England coach Stuart Lancaster -- now on the coaching staff at Leinster -- for the 2015 World Cup after headbutting Saracens' Jamie George.