Green to make return from injury at Sydney Sevens

She’s been out of action since making history with her teammates at the Rio Olympics, but Australian Women’s Sevens speedster and Olympic Gold medallist Ellia Green is eyeing off the Sydney Sevens to make her return.

Green underwent shoulder reconstruction surgery on her right shoulder upon returning from Rio, and said she couldn't wait to get back out there and pull on that gold jersey again.

“It’s been a slow recovery in the beginning, but now that it’s past the 12 week stage, I’m really starting to get stronger and really determined to get back quick,” she said.

“I’ve been watching games everyday day…I’m just so keen to get back on the field.”

Shoulder reconstruction all done. Very lucky to have these two gorgeous babes by my side. ❤️🤕🚑 #damndanielbackinrehab


While the Sydney Sevens is still two months away, Green says the prospect of playing in front of a home crowd will motivate her until then.

“It’s going to be phenomenal, it’s not often we get to play on home soil,” she said.

“We get these great crowds when we play in London at Twickenham Stadium or Dubai Sevens, however Sydney can put on an even better show.

“To have our own country coming to watch us - It’s just going to be amazing.”

The Aussie Women’s Sevens team narrowly missed out on back-to-back Dubai Sevens titles earlier this month, going down to New Zealand, 17-5, making them even hungrier for success and a slice of World Series redemption in Sydney. 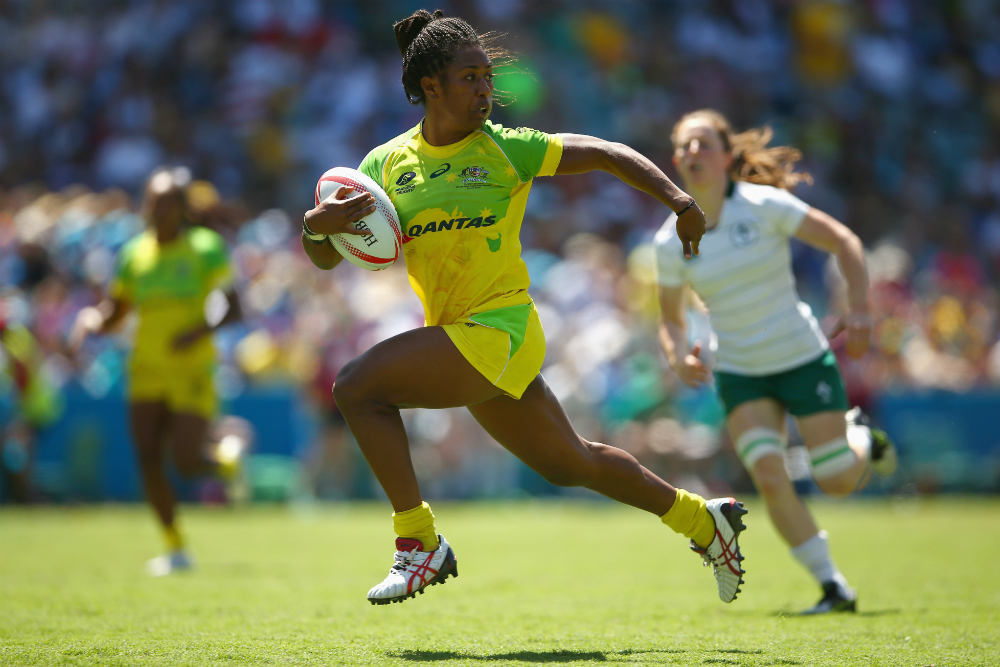 Green said the atmosphere of the 2016 Sydney Sevens,where the Aussie women played a three-match exhibition series against Ireland, was electric, a milestone that was made all the sweeter for the presence of her nearest and dearest.

“What better tournament to come back than Sydney Sevens. I remember playing last year,” she said.

“It was so exciting having my mum there, my godmother and my partner. It was just amazing.”

The 2016 - 2017 HSBC World Rugby Sevens Series in Sydney Sevens kicks off on Friday the 3rd of February 2017, at Allianz Stadium. Tickets on sale at www.sydney7s.com.au