Jesse Parahi: A journey of one of Rugby's good guys

Australian Men's Sevens star Jesse Parahi has had a big 12 months by any standard, but that's no unexpected for one of the sports 'good guys.'

The 27 year old, 189cm forward has this week joined the Australian squad in Cape Town, fronting up for his first HSBC World Series tournament since 2015.

After the 2014/2015 series, having committed five years to a rugby sevens career at the highest level, Parahi made the difficult decision to step away from the game to explore home-based opportunities, swapping codes to Rugby League. 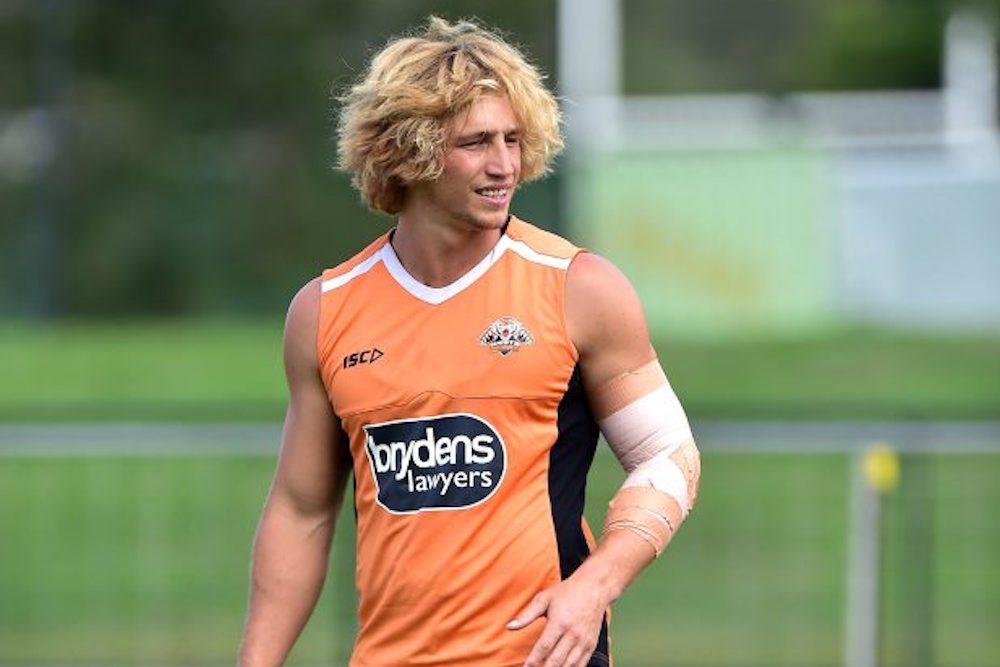 His final Sevens on-field performance saw him secure Olympic qualification with his teammates through victory at the 2015 Oceania Championships in November.

Moving on to NRL training with the Wests Tigers, his time there was disappointingly beset by niggling injuries and following a reconnection with former teammates and staff at the inaugural 2016 Sydney Sevens tournament, Parahi came to realise the depth of his passion for Rugby and Sevens and returned to Narrabeen in April.

Once back in green and gold and re-acquainting himself with the rhythm of sevens and a new coach, he focused on getting back into contention for Olympic selection.

With the Olympics done and dusted, the landscape for the Men’s Sevens unit changed with key player departures as well as more injury concerns among the remaining veterans, including Parahi.
The Achilles tendinopathy injury and the required rehab has meant a slow reintroduction to the workload of the sevens game across a period of ten weeks. 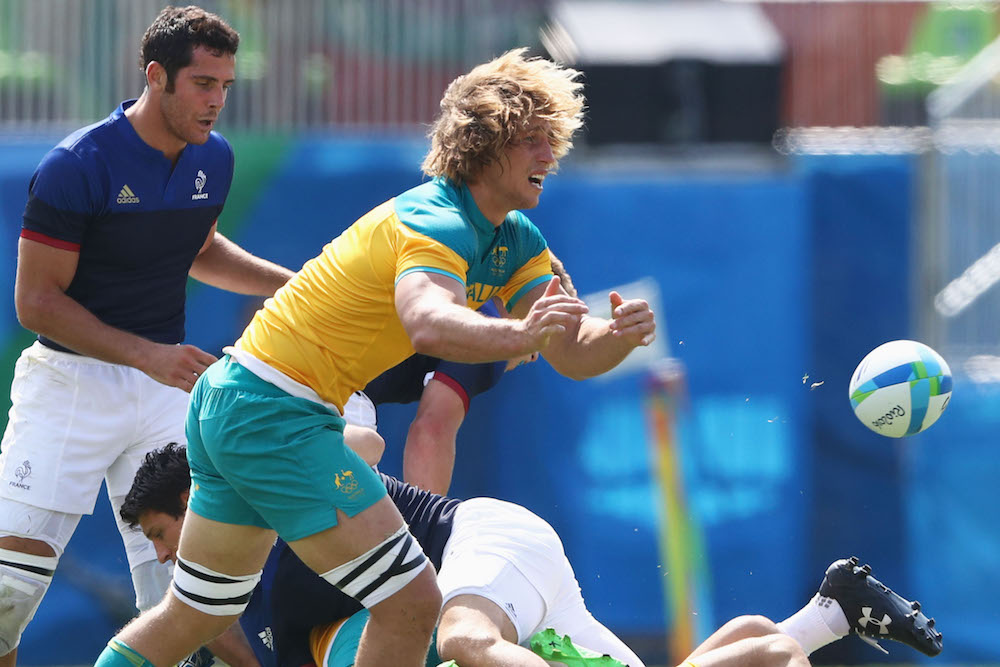 Speaking to rugby.com.au from Cape Town, Parahi acknowledged it’s been a tough year.

“The whole process has been pretty frustrating. When I came back from the NRL, I was really happy to be back; but just in the last ten weeks or so, being off with this Achilles injury, it’s been a really frustrating time.

"Dubai is one of my favourite tournaments and I had hoped to be ready for that, but I hadn’t had enough running and so this week then became the goal."

One of the things which has helped Parahi cope with the ups and downs of a professional rugby life is the work he shares with his wife through their business Sense Rugby.

Carlien Parahi is a Paediatric Occupational therapist with a strong interest in sensory processing in children who have special needs such as autism and social and emotional behavioural issues.

The Sense Rugby program uses sport - specifically rugby - to create inclusion for these children who may have difficulty engaging in normal group situations. The goal is to help them develop both physical and emotional skills which then enable them to participate and sport has proven to be the best vehicle to accomplish this. 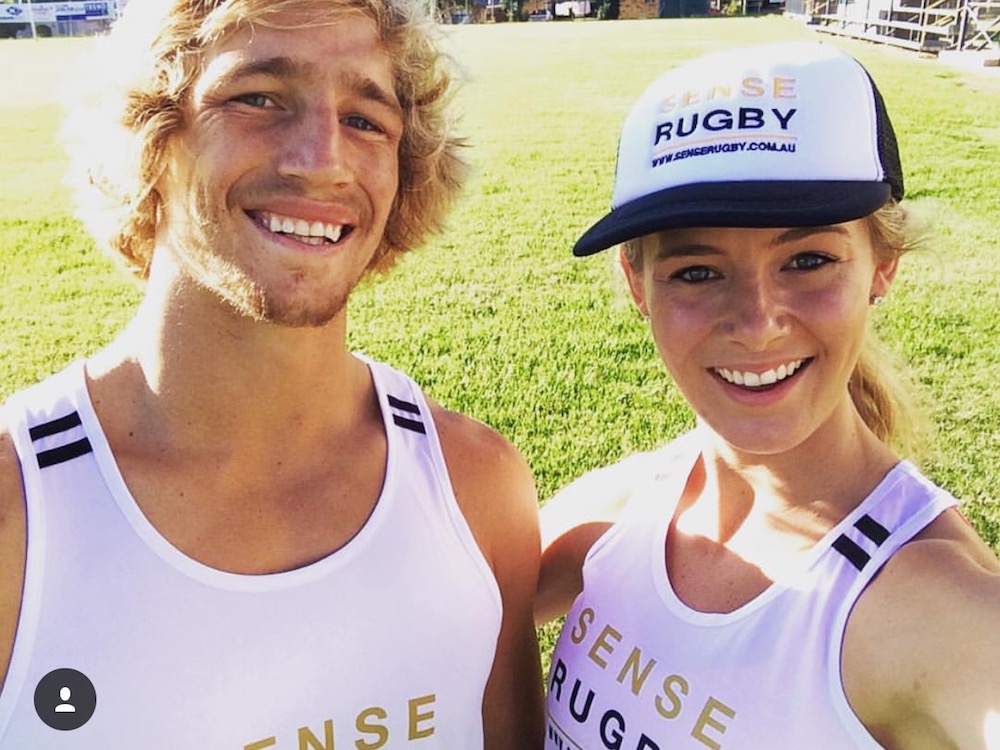 The program has been running for just over a year and Jesse is pleased with its growth and with the opportunities that working with the children, and alongside Carlien, has given him away from his fulltime professional rugby life.

Parahi admitted the program has grown and is now running out of six locations in NSW with two sessions per week and will be expanding further in the coming year.

“It’s been great. I haven’t done any study or finished my apprenticeship or anything so it made life a little bit stressful to just be focusing on rugby, because that was all I had.

"With Sense Rugby now really ‘kicking goals’ it’s been nice to (a) have a little bit of an outlet aside from my own rugby and (b) have something to go to after I’m finished.

“It’s all a little bit crazy at the moment but we’re getting some great feedback from the parents and the kids." 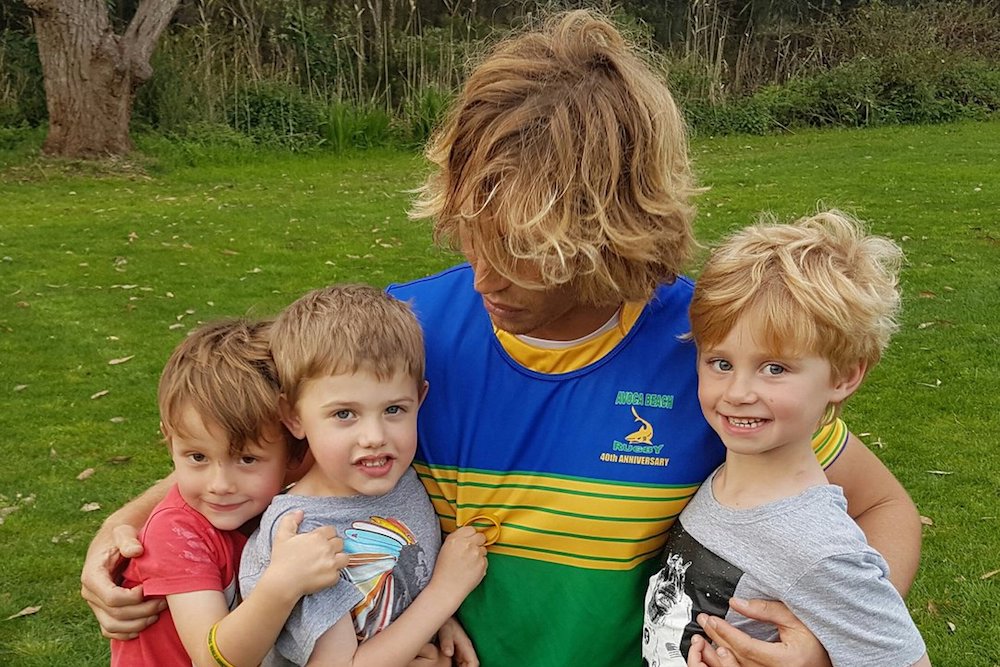 Growing up on the Central Coast, Jesse Parahi has a strong commitment to his home region and underlines that with a passion for giving back to the community whenever he can.

“The Central Coast gave a lot to me. They were always very supportive of my rugby and anything I did – whether it be the Avoca Sharks or the Gosford Council or Kincumber High School – so it’s very important for me to give back and show the people on the Central Coast that it can be done from there and there is a pathway.

“I think in Sevens rugby in particular, there has been massive growth - especially with the amount of young blokes and girls that have contacted me asking about playing - they really want to play after a trial at school maybe, but have nowhere to play: I get one of those messages at least once a week.

"So I’m hoping it kicks off a little bit and those kids have somewhere to play because they love the game and they love watching it; so it would be unfortunate if they were to go elsewhere."

But playing rugby is still very much the mainstay of Parahi’s life and running out onto the field in Cape Town this weekend has marked a long awaited return for the big forward. He knows that the task ahead will not be an easy one as this new-look team rebuilds for the future. 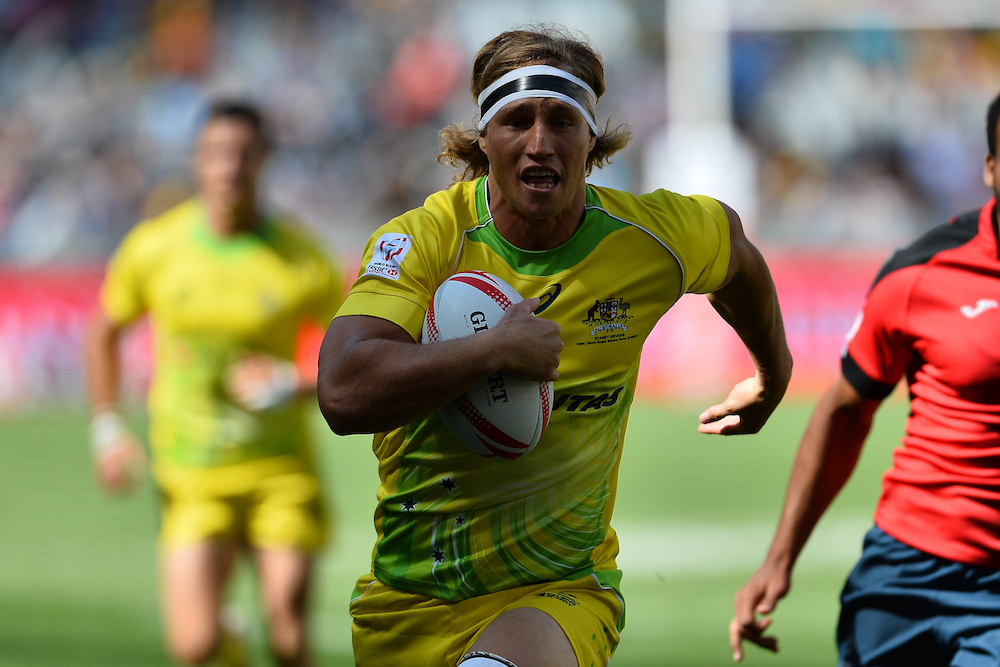 While he has not been closely involved with the new young players due to his time in rehab, he has been impressed with what he has seen so far.

“The guys that have come in have really stepped up. Last week (in Dubai) there were some really good performances put in and some definite raw talent out there. So I think a couple of seasons in the program and they’ll be gearing up for those Olympic spots.”

As one of the senior members in this less experienced team, Parahi admitted that coach Andy Friend has placed an expectation on him as a leader and a mentor – something he has welcomed.

“He’s (Friend) always pushed that towards me and I’m happy to take that on. I think we’ve got a pretty handy leadership group with guys that have a lot of caps and will be able to show the new boys the ropes. I think it might also be good for my own game to think a little bit differently about things and it’ll be nice to be able to play that role as well,” he said.

Day Two of the Cape Town Sevens feature the Australian Men's Sevens, will be broadcast LIVE on Fox Sports 502 from 7:30pm AEDT