Wallabies believe they can be world beaters

The Wallabies are confident they have the players to ultimately become world beaters, arriving home from their Spring Tour on Tuesday.

Australia finished with a six-nine win-loss record in 2016, including three wins on the five-Test European tour, going down to Ireland and England in their final two games.

Flyhalf Bernard Foley said lapses cost the Wallabies at critical times but was adamant this group of players could be the ones to take back some of rugby’s biggest prizes and topple the nations ranked above them.

“Definitely. As we saw, the number of world class players coming through and the potential there is realistic,” - Bernard Foley

“We've seen it this year in spurts and that's what I mean - if we can play those games consistently every week, I'm sure this team has the ability to compete with those sides and get back to where we want to be.”

Wallabies defence coach Nathan Grey was equally unequivocal when asked about the depth of the squad and its potential on Tuesday.

“Exposing some younger guys to that next level is something that we did on this trip and the Wallaby XV against the Baabaas was a great example of that, mixing some old heads with some new guys and seeing how they respond at that next level. 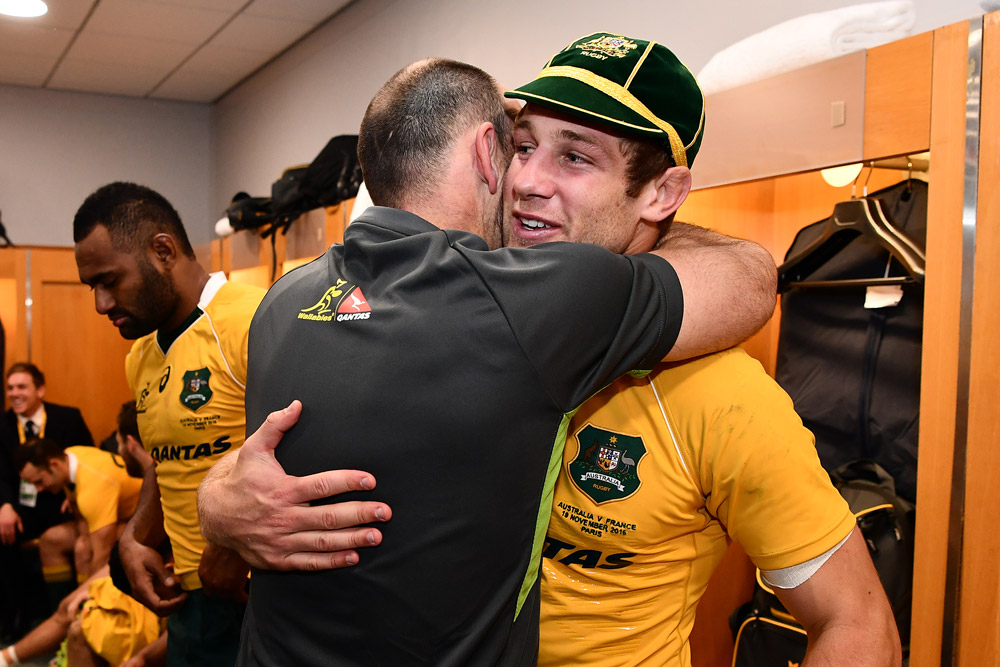 “Super Rugby, with the five franchises, exposes a lot more players to that next level. The more you can expose those players to those step ups in intensity and performance only going to hold Australian rugby in good stead.”

The Wallabies don’t play a Test until June next year, where they will face Fiji in Melbourne, followed by Tests against Scotland and Italy, and Foley said each player had an individual prescription for that time.

“It's something we spoke about as coaches after the last Test and we all went away with a bit of an exit strategy and had a review of our year and looked at areas that we can be better and every player now has an understanding of the things they have to do to improve and where as a side we can get better,” he said.

“It's now up to each player to go away, challenge themselves to be better, to make those improvements and keep looking to be a better player than they were this year.” - Bernard Foley

Foley has played as much rugby as any Wallabies player this year, starting in all 15 Tests and missing just four weeks of rugby in more than 12 months.

The Waratahs playmaker opted against a second stint in Japan, after last year turning out for the Ricoh Black Rams, and said he was looking forward to a full month off, though he was happy with how he dealt with the marathon season.

“It's been a long year, there's definitely been challenges.” he said.

“We as players want to keep improving, we want to find ways we can be better players. Throughout the year it's just tinkering and stuff.

“You can't revitalise yourself all that much [when] you're playing week to week footy but what you can do is find, those small margins that make you get better and get you excited for the next game.”