Larkham not worried by Jones jabs

Eddie Jones’s barbs are no surprise to the Wallabies and attack coach Stephen Larkham says they have to maintain a steely focus to rectify an ‘embarrassing’ June Series result on Saturday.

Larkham, who played under Jones during his Test career, said Jones was simply out to steal Australia’s focus, not the first time the Wallabies have had that happen this year.

“Yeah, it’s just a tactic to distract the opposition,” he said.

“It’s not something new to us, we’ve had coaches throughout this year, last couple of years, who use that sort of tactic going into games. - Stephen Larkham

“All the players are very conscious of how the media works and some of the tactics of opposition coaches.”

Larkham said the side wasn’t worried by Jones’s jabs, with coach Michael Cheika taking his opportunity to respond on Monday.

“The tour’s been really good for us to get on the same level and play the rugby that we want to play. We’re not really focused on external influences, we’re just focused on getting out preparation right. And putting a good performance on the paddock this weekend. 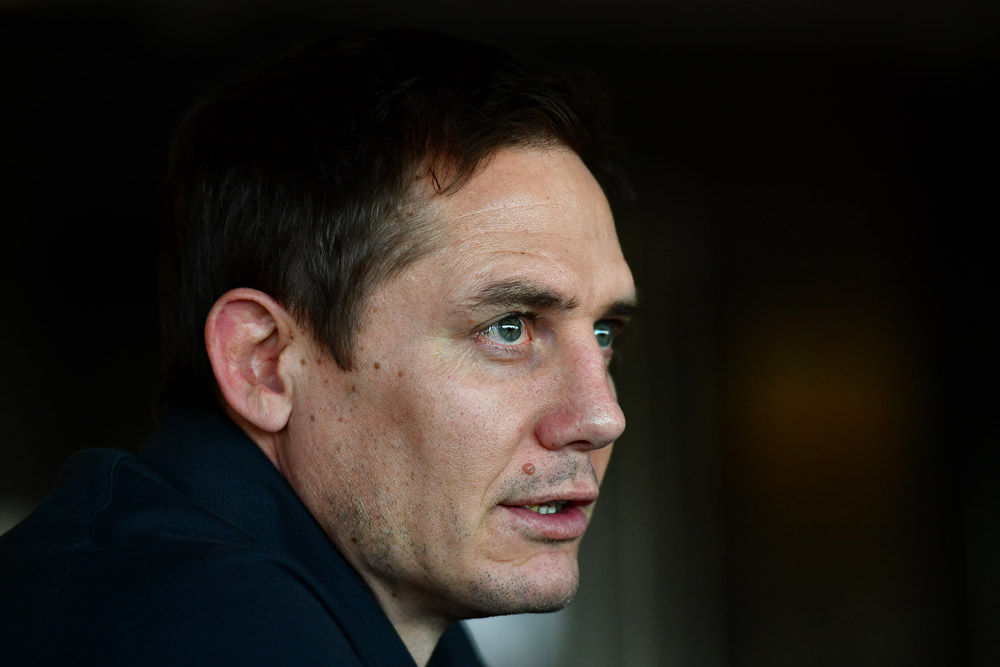 “We’ve had a bit of a discussion as a coaching group but the discussion was around the fact that we want to get our preparation right this week and we don’t want anything distracting us off the field.”

Larkham has seen firsthand some of Jones’s fluctuations this year, part of a pre-game referee meeting that Jones left early.

While Larkham disputed the description that Jones ‘stormed out’ of the meeting, he said it was clear the England mentor was unhappy.

“We had a good conversation with the referee both before that and after that but I guess Eddie wasn’t happy with the way the meeting was going,” he said. 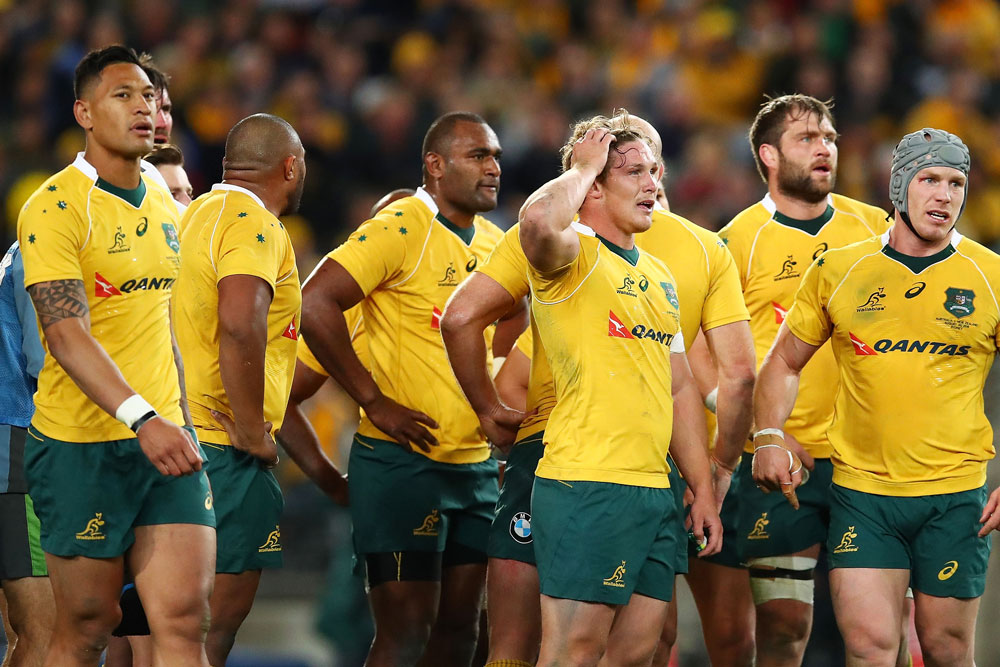 Jones aside, the Wallabies have made no secret this week that a 3-0 home series loss to England in June is still in the forefront of their mind and Larkham said a win on Saturday would be a step to amending that.

"It's a small way to rectifying it,” he said.

“When you lose in your home country 3-0 in a series ... we were pretty embarrassed by it. But we've certainly moved on from it. A lot of the players who played in that series aren't here with us now.

“And the combinations and motivations in this group is far different to back then.

“You never want to look back too much but it would be nice to start to rectify what happened there, but you are never going to rectify it. - Stephen Larkham

“Our focus on this tour has been on focusing on the next game and we obviously had a bit of pressure placed on us in terms of the grand slam.

“We've lost that opportunity now and at the start of the spring tour it was always about the next game and it's no different this week and we're focusing on putting in a performance.”

Australia takes on England at Twickenham on Saturday, kicking off at 1:30am AEDT LIVE on SBS and beIn Sport 3 (Foxtel Channel 515).