Andrew Ready got a taste for the Wallaby jersey while in Europe and now he’s been left wanting more.

The 23-year-old returned back to Brisbane from Europe this week, where he was part of the Barbarians tour before being called into an extended Wallabies squad by national coach Michael Cheika.

He was then named on the reserves for the Wallaby XV narrow loss to the French Barbarians in Bordeaux last week.

“I was pretty speechless to be honest,” Ready said.

“To get to sing the national anthem in front of them (the French crowd) is something I’ll never forget. 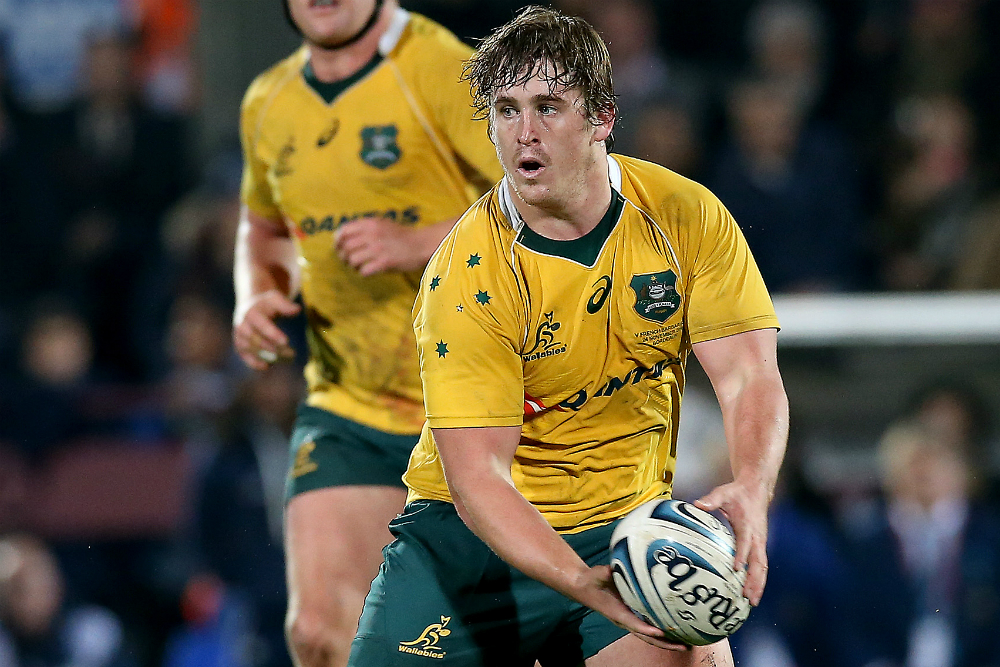 “The (Australian) Under-20s was my first big milestone and the back-to-back NRC titles with Brisbane City which made me push to get my Reds debut.

“There’s still a lot more to go, I still want to get that Wallaby jersey one day in the future and really hold onto it.”

After being included in a Wallabies camp before the June Series against England, many tipped him as the long-term replacement in the Wallaby number two jersey, before Tolu Latu’s impressive NRC form saw Ready drop down the pecking order.

The environment of the national set-up added motivation as he looks to remain on Cheika’s radar.

“I was lucky enough to spend a week with them previously in the year and again the week before the Paris test,” Ready said.

“I can’t wait for pre-season and next year to prove something.”

Disappointing loss in #Bordeaux tonight but thrilled to #Debut for @qantaswallabies XV & to have 2 other @EastsRugbyUnion guys along side! 🐯 pic.twitter.com/aXqc6QqwjF

However, in 2017 he will have to compete with Stephen Moore for the starting role, with the Wallabies skipper moving back to Queensland after eight years at the Brumbies.

“I’m still young, so I can only benefit from his return to Ballymore and I’m sure I’ll learn a lot from a guy like him,” Ready said.