The Australian Women’s Sevens star was a recent visitor to St. Saviours school in her hometown of Toowoomba where she ran a special clinic for the students.

Etheridge isn’t the only current member of the Women’s squad from the area, with Emilee Cherry, Dom Du Toit and Georgie Friedrichs also calling the Darling Downs region home.

“Toowoomba’s definitely a breeding ground, I don’t know if it’s something in the water,” Etheridge said of the rich sporting talent in the area.

“I think the positive thing is the girls in this community have seen so many athletes come from here and they can see the pathway directly.” 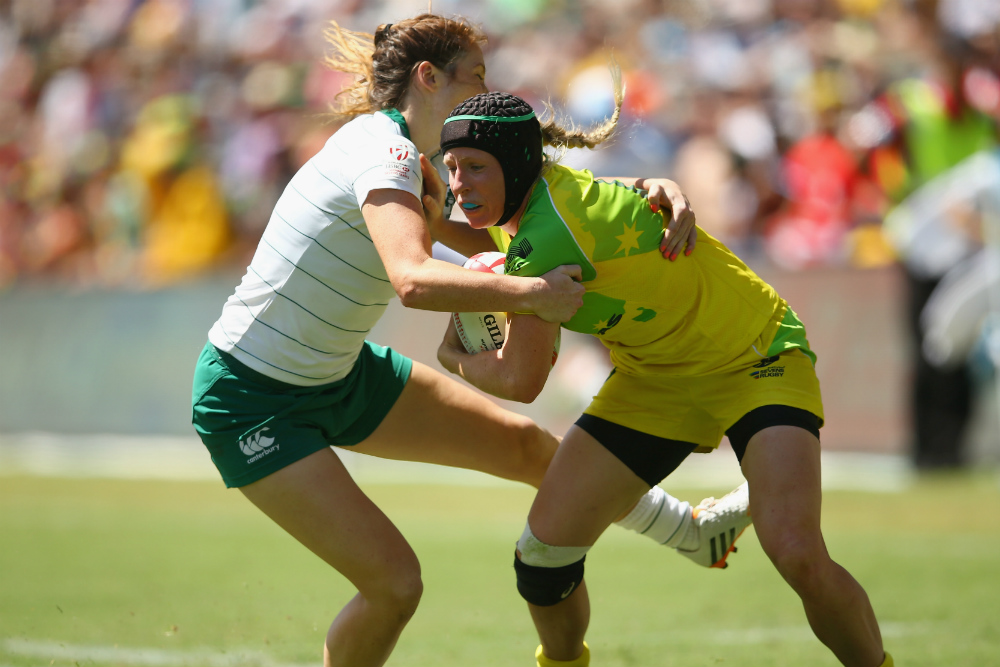 The 29-year-old put the children through their paces as part of the school winning an appearance by signing up for Game On and National Rugby Week earlier this year.

“Since the Olympics it’s been great to see how many people want to get involved in sevens and any rugby for that matter,” Etheridge said.

“Game On gets into the schools and gives young primary school children to try it (rugby) and hopefully get hooked on the game.

“It’s a good thing to be able to get back into the community and show your medal and get them excited about the game we all love.”