Bryan Habana has revealed his future with the French Top 14 side will depend on future commitments with South Africa as he looks towards a possible ambassadorial role in the game following retirement.

Flying wing Habana earned his 124th cap and scored the game's opening try for two-time World Cup winners South Africa on Saturday in an historic 20-18 defeat to Italy in Florence.

The Springboks' first defeat to the Six Nations' perennial underachievers in 13 attempts was their sixth test reverse in seven outings and, unsurprisingly for such a proud rugby nation, left coach Allister Coetzee hanging by a thread. 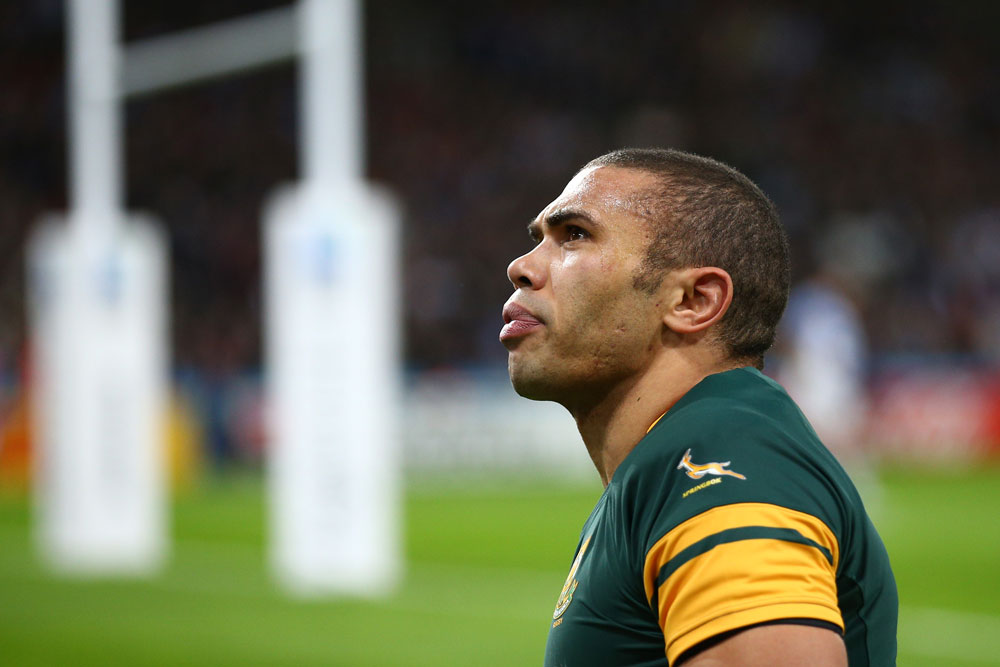 It was Coetzee, Habana said, who convinced the former World Cup winner that he has several years left in a Boks jersey as they look to build a team capable of challenging for the 2019 World Cup in Japan.

Although already "looking towards the end of my career" when he hopes to "play a part in seeing rugby become a truly global game", the 2007 world player of the year says he has plenty left in the tank.

"My body's feeling rather good," Habana told a small group of media in Florence ahead of the Boks' latest November test reverse.

But the 33-year-old is at a crossroads.

Despite a contract clause allowing him to commit to South Africa, Habana feels the French club which is owned by comic book magnate Mourad Boudjellal "probably aren't happy with me".

"My contract with Toulon ends next year, I'm currently in negotiations but we'll see where the next six to eight months takes me," said Habana, who won the Top 14 championship in 2014. 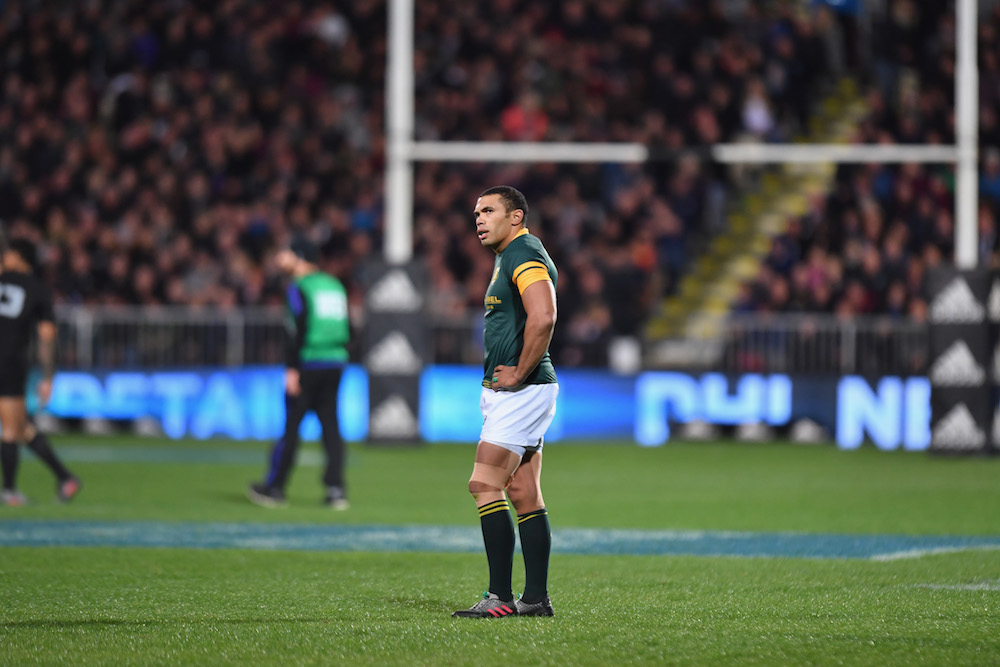 "Over the last few years I've missed 32 weeks of rugby, given that I've played rugby championships, so I understand their frustration.

"I'm not involved in their first part of the season. So it will be something I take into consideration (when considering my international future)."

Habana, who would not confirm his commitment to the 2019 World Cup, said SA Rugby policy on how overseas-based players fit into the system would be also be a factor.

"Yes, it is something," added Habana. "When I moved to Toulon back in 2013 they knew that my desire to play for my country was first and foremost above anything so it's stipulated in my contract.

"SA rugby is in an interesting period in terms of the administrative and governmental policies. There's a lot of debate that needs to happen. - Bryan Habana

"For us as players, at the end of the day we just want the best 15 or 23 players wearing the Springbok jersey.

"Hopefully we'll trust the powers that be to make the right call in terms of what kind of protocol or obligations need to happen."

One thing Habana doesn't want is to become a token player for the Boks. Asked about the 2019 World Cup, he said: "I said after the last World Cup it all depends on the form I'm putting on the field, that first of all warrants my selection.

"I don't want to be picked for the Springboks just because I'm Bryan Habana. 2019 is quite a way away."

But thoughts of retirement, spending more time with his family and working on his golf handicap are already taking root. 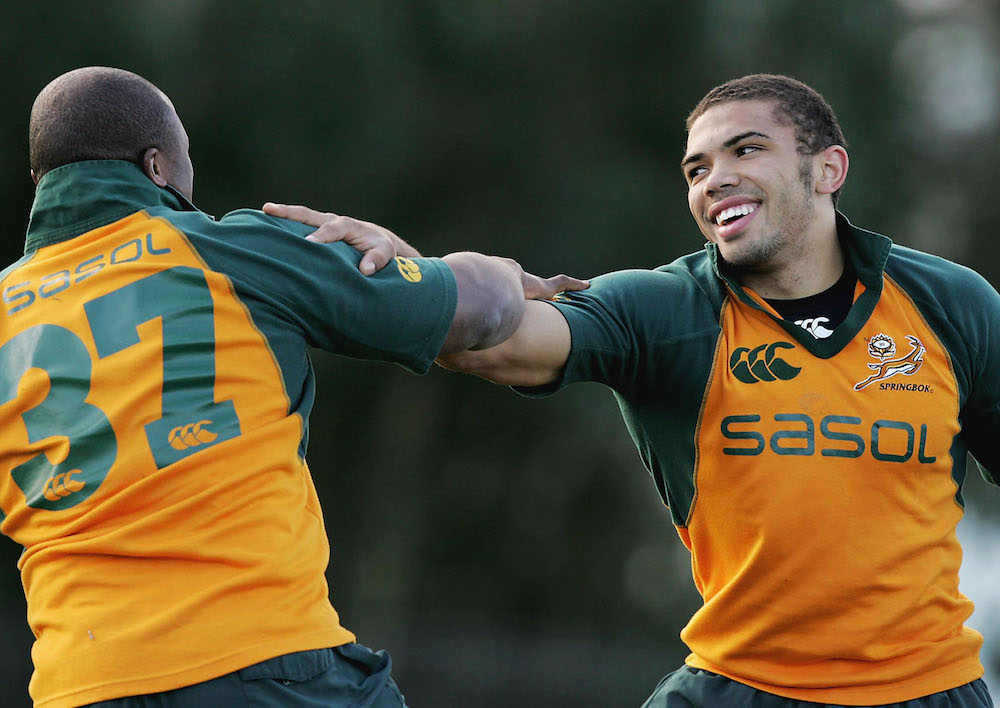 "Rugby has given me so much but I've still got the rest of my life to live, I've got a family I have to look after," he said.

"I'd love to contribute. At the moment, there's a lot of debate globally, not just in SA rugby, in terms of global seasons, the way seasons are structured, the number of games we're playing.

"So I can't say for definite. I'd love to help out. Off the field, I've got one or two charity initiatives starting. Stuff where, off the field, I can continue a legacy.

"That's a conversation I'll probably have with my wife first.

"I told her I'd like to have a job working as a secretary at her fitness studio in Cape Town on a Monday, Wednesday and a Friday and then I can play golf on a Tuesday and Thursday!"

A nightmare match for South Africa, who had a player red-carded after only 10 minutes, and skipper Corne Krige knocked out a team-mate when attempting to punch an opponent.

Calls for coach Jake White to quit reached a crescendo after this humiliating reverse. One year later, South Africa beat England 15-6 in Paris to win the 2007 Rugby World Cup.

Just when embattled coach Heyneke Meyer thought his tenure could not become any more tortuous, it did. The Springboks recovered from the greatest Rugby World Cup shock to reach the semi-finals.

The All Blacks toyed with clueless opponents, scoring nine unanswered tries. Had it not been for a swirling wind affecting goal-kicker Beauden Barrett, the winning margin would have been even wider.

An Italian team with a clever coach in Irishman Conor O'Shea, an inspirational skipper in Sergio Parisse and a team that performed the basics competently mocked international rankings that placed them 13th, nine positions below South Africa.