Luke Morahan has taken a pragmatic approach to his recent Wallabies omission, embracing an opportunity with the Barbarians the past fortnight.

The Force winger missed out on selection for the Wallabies' Spring Tour, with Wallabies coach Michael Cheika opting for NRL convert Marika Koroibete in the 32-man squad, a move that created some discussion among the wider public.

Morahan had been on the fringes of the Wallabies team all season, playing his second career Test in Melbourne against England, but training as part of the squad for most of 2016.

It’s a conversation Morahan said he hadn’t preoccupied himself with, rather looking to make the most of his chance to play alongside some of the best players from Super Rugby.

“When one door closes another door opens. It’s a bit disappointing not getting picked, always want to get picked,” he said from Prague.


“[This is a] pretty good alternative. You’re selected in some squads, that's the nature of the game, those things happen...there’s not much you can do.

“I think you have to just move forward and do your best to try and get back in there when the next opportunity comes.”

For now, the winger is focused on putting in another impressive outing for the Barbarians, handed a start against the Czech Republic after a two-try effort in Wembley’s 31-31 draw with South Africa.

“It would have to be one of the best experiences, it’s a great group of blokes and you play some good footy,” he said.

“Obviously, you get to know how different nations play, obviously the Kiwis are expansive, the South Africans are very physical, you learn bits and pieces from everybody.”

The Barbarians squad spent Monday training in Prague and helping coach some Czech children, ahead of Wednesday’s sell-out clash in the Czech capital. 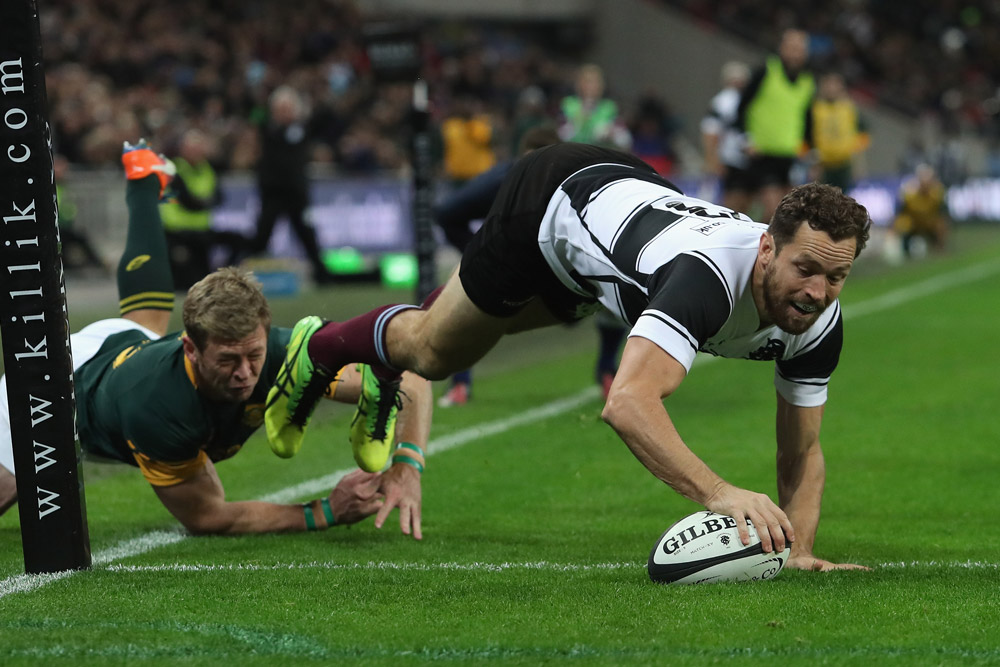 Back in Australia, his Force teammates have kicked off their preseason and Morahan said he had been in touch with some of them after a brutal opening day.

“I just spoke to a few of them after the first day, there were a few fitness tests, a few of them hurting...just everyone getting to know each other,” he said.

“I’m looking  forward to getting back there- Taf’s [Tatafu Polota-Nau] signed that’ll be a great inclusion, interesting group next year and hopefully it all goes well.

“You always prefer playing footy but it’s a bit exciting those first few weeks of preseason.”

Morahan and some of the other Australian Barbarians will be joining up with the Wallabies extended squad once their commitments are over, to help prepare for the mid-week match against the French Barbarians in Bordeaux.