Melbourne Storm flyer Marika Koroibete could make his Wallabies debut before playing Super Rugby, after being named in the Spring Tour squad.

Koroibete could be the first player to make his Wallabies debut before his maiden Super Rugby outing since Tatafu Polota-Nau debuted in 2005, before a 2006 Super Rugby start with the Waratahs.

How would Marika Koroibete look in @Wallabies colours?

Matt Giteau was the most recent before that, playing his first Test in 2002 before making any provincial appearances, running out in Super Rugby for the Brumbies from 2003.

Koroibete boosts the Wallabies outside backs stocks for the tour, joining Henry Speight and Sefa Naivalu as the specialist wingers in the team.

The 24-year-old played 74 NRL matches, scoring 46 tries, most recently playing in the NRL grand final with the Storm.

Kyle Godwin and Tolu Latu are the only other uncapped players in the 32-man squad to depart for Europe on Friday.

Will Genia has been named in the squad, but won’t be eligible to play outside the November Test window, ruling him out of the tour opener against Wales and the final Test against England. 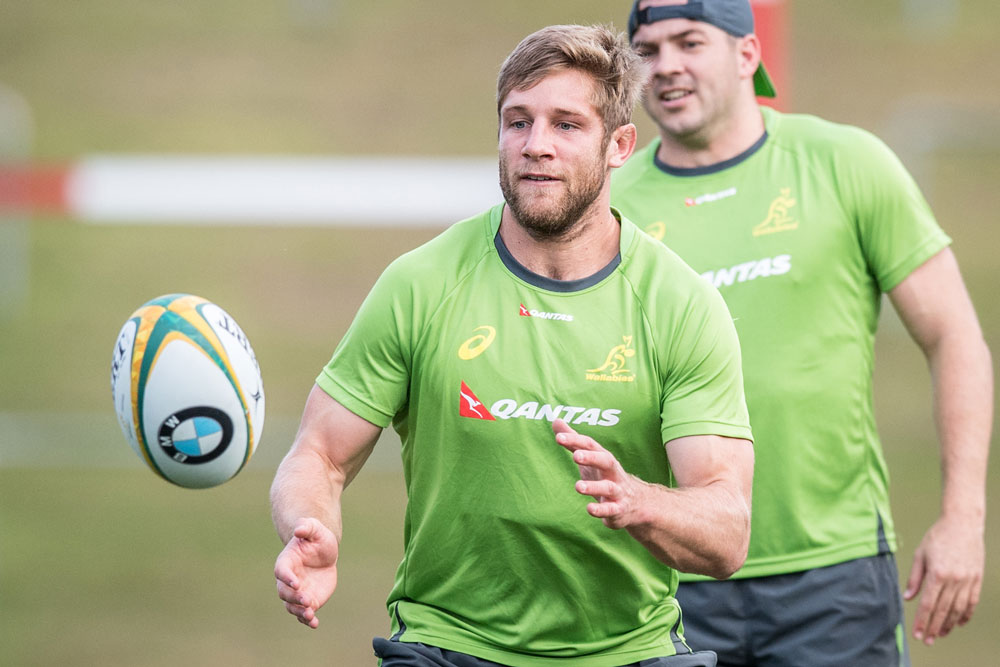 Samu Kerevi has been ruled out of the tour, set for ankle surgery after suffering a syndesmosis injury in Australia’s loss to New Zealand in Auckland.

Dean Mumm will be ineligible for the Wallabies' opener, suspended for striking Brodie Retallick in the third Bledisloe.

The Wallabies will be vying for their second Grand Slam in history, after last achieving the feat of beating England, Scotland, Ireland and Wales in 1984.

Australia made its most recent Grand Slam attempt in 2013, falling to England before beating Italy, Ireland, Scotland and Wales.

Scotland vs Qantas Wallabies at Murrayfield, 13th November, 1.30am AEDT

England vs Qantas Wallabies at Twickenham, 4th December, 1.30am AEDT