Piano players and piano pushers. That’s what the game of rugby boils down to when you talk to Perth Spirit skipper Heath Tessmann. And, that’s the blueprint for how the quiet achievers intend to get the job done against NSW Country in Tamworth on Saturday.

“Being an old hooker, obviously for us it starts up front,” Tessmann begins, on how Perth will take down the Eagles in the Buildcorp NRC final.

“I spoke after the game against the Rays, about piano pushers and piano players. We’re the piano pushers, and as long as we can get the instrument in the right spot for them, I think our backs can finish over the top of theirs. But it all starts up front.”

It’s the perfect illustration of the no fuss way the Spirit have been going about their work during the competition. After Ian Prior last week endorsed the perception of Perth flying under the radar, Tessmann reminded me that he and I first spoke of this plan before a bright yellow NRC Gilbert was even kicked in 2016. 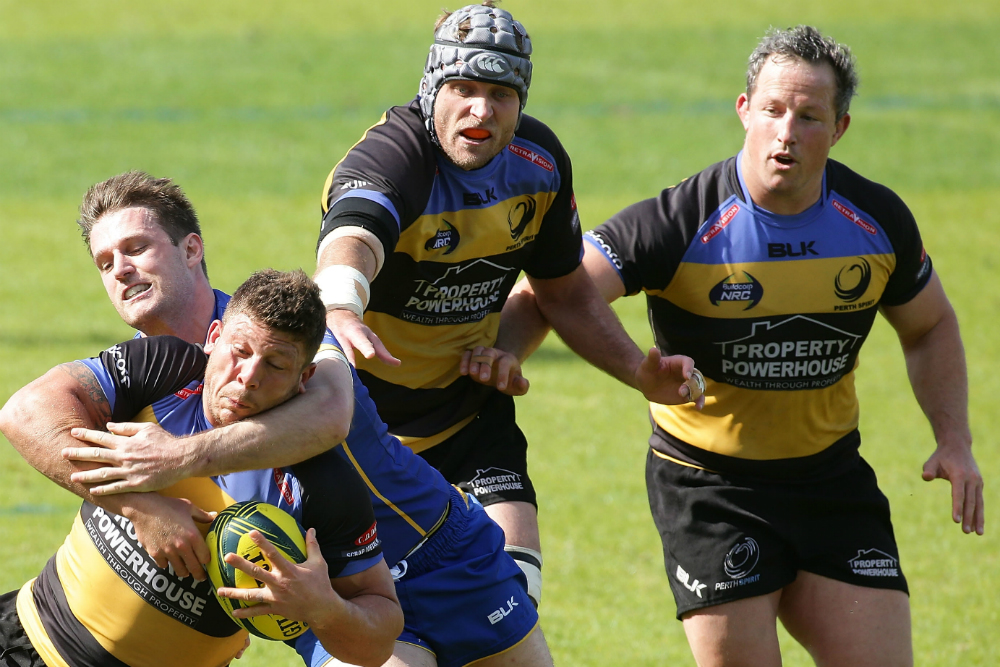 “It’s like we said way back at the very first NRC media call, when we all got together over in Sydney, that we were going to be happy to walk quietly but carry a big stick, and do our work over here while everyone keeps hammering away and talking about the east coast sides, we’ll just keep working away.

“We knew it would hold us in good stead for the season,” he said.

Though it’s been widely written up as an upset, and I may have used the word myself, Perth’s 42-24 win over the Sydney Rays was super impressive in its planning and execution, and Tessmann said that it was indeed a pretty satisfied flight back to the west on Sunday night. Or about as satisfying as the back of a Jetstar economy cabin can get.

“I think most of the front rowers, we spend most of our time annoying the crew down the back trying to stay up and stay moving,” Tessmann laughs.

Perth came into the semi-finals in third place, and with a five-and-two record; their only losses incurred along the way coming at the hands of the Rays in Round 2, and NSW Country in Round 5. Already, the Spirit have squared the ledger against Sydney, and they’ll be hoping to do the same against the Eagles in the decider.

So which of their wins along the way was the one where they really started believing they could give the NRC title a shake? 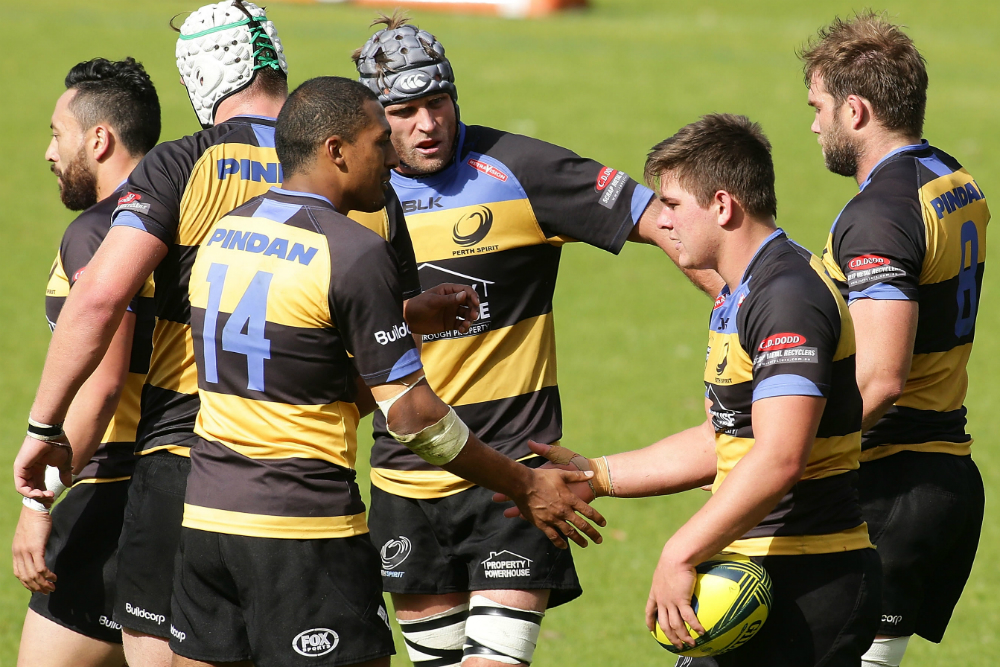 “Obviously, the way we started in Round 1, getting a good win over the Rising was the perfect start for us, because you’re never too sure how teams are going to perform,” Tessmann said.

“We had a lot of our guys had just come out of our Premier Grade competition over here playing in that game, and coming up against a pretty strong Rising team with a lot of Super Rugby guys. The way we stuck that game out [for the win], and then our next win too, against the Rams – I think it was two weeks later – against a very big pack to which we were giving away a lot of weight, that win gave us a lot of belief going forward.”

By Round 4, Perth were putting some serious foundations down for the for the competition, and after their remarkable 66-36 win over Queensland Country – in which they basically didn’t see the ball for the first 30 minutes – they we looking strong with three wins and just the one loss. But around that period, the side also took some time for some introspection.

“All the way the through we’ve been focussed on winning the competition, and the coaches have drilled that into us the whole way, about getting that balance between wanting to win the competition and getting some enjoyment out of it as well. They’ve managed the do that really well every training session,” Tessmann said.

“About halfway through the season, we knew our backline had been performing really well, but in the pack we’d had a few poor performances, and we all just got together as a forward pack and had a bit of a chat about what we wanted to get out of the rest of the season.

“I think that really helped re-focus us, to finish off the season well.” 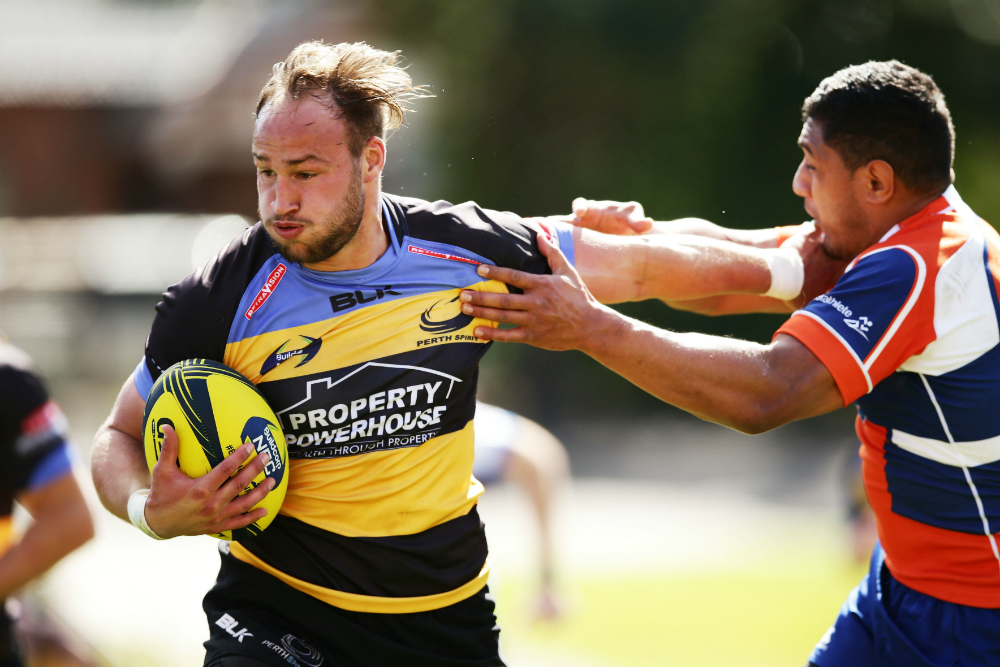 Tessmann’s own form since returning to duty after the missing the first few games while recovering from a groin injury has been superb, and he won the nod at hooker in the rugby.com.au Buildcorp NRC Team of the Year just this week. Throw in the final this weekend, and a new deal with the Western Force likely to be announced next week, and there’s a good reason why Tessmann seems to have a permanent smile.

But there’s also a bit more behind the smile. There is a really good feeling brewing over in the west, and the form of the Spirit in the NRC, coupled with some really important player and coaching recruitment for the Force has everyone looking forward to pre-season and the 2017 season.

“Yeah there is, with the year a lot of our fringe guys have had; with the young guys winning the World Club 10s in Mauritius, and hopefully us getting the job done on Saturday, it all bodes well for us next year,” Tessmann says.

“The combinations we’ve been developing through the NRC as well, will be really important for the Force next season as well.


“It’s made a lot easier by the guys like Luke Morahan and Dane Haylett-Petty, who came here as 23 or 24-year-olds, and who now at 26, 27, 28, they’re bridging that gap in the playing stocks and bringing the leadership of the group up too.

“Ever since Dave [Wessels] was appointed… there probably was a little period where everyone felt like we were treading water while we were waiting for the coaching staff to be finalised, and now that it’s happened, Dave has really owned that, and with the young guys who we’ve signed. Everyone’s just looking forward to next year again.”

The young signings do indeed bring a large element of excitement about 2017, with Brisbane City no.8 Isa Naisarani announced in recent weeks, former NSW Country and Queensland Reds lock Ben Matwijow secured a few months ago, local product Richard Hardwick just signing a new deal, and a host of talented young players like Sam Figg and Matt Philip heading west for the pre-season with the hope of landing a deal. Australian Sevens star Con Foley is also said to be taking up a pre-season opportunity.

All the while, the focus on local talent in the west remains, and with Elite Junior Pathways coach Dwayne Nestor taking the helm of the Spirit this year, there’s a wonderful connection between the Junior Gold Cup youth development, the prodigious Future Force Program and now the Perth Spirit NRC program all ultimately feeding the Western Force. At a time when yet another argument about grassroots funding is breaking out on the east coast, it seems that RugbyWA is showing everyone the way forward. 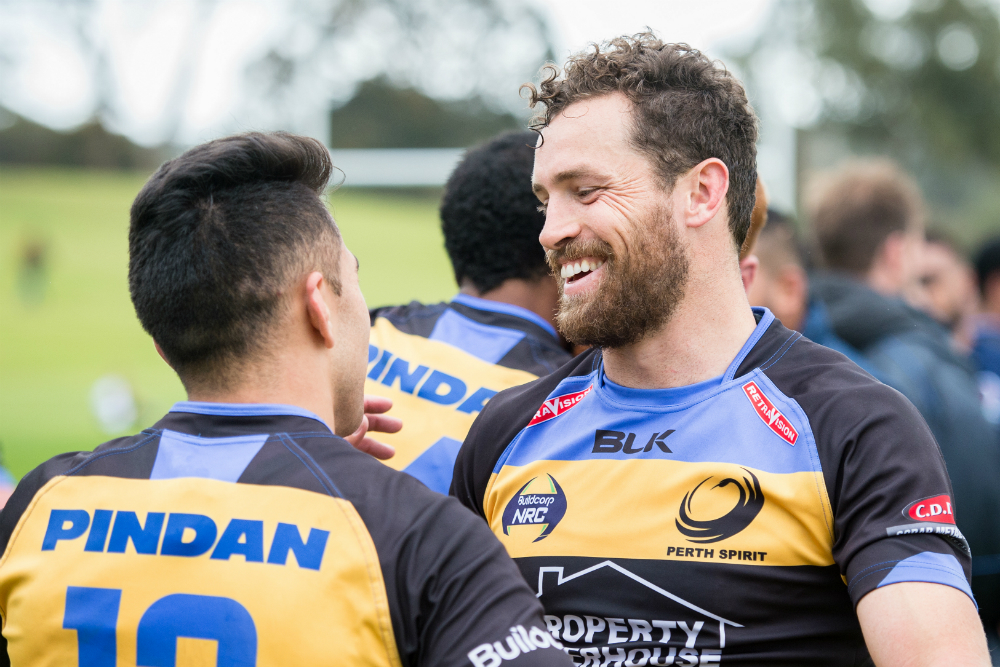 Which brings us right back to the final, and how the Spirit can take out their maiden Buildcorp NRC title this weekend in Tamworth against NSW Country. In Tessmann’s mind, it’s all very simple.

“That’s been my theme for a few weeks now,” he says.

“There’s two things we can’t avoid on the field, and that’s the set piece, and having to run into someone and win the contact. We can try and go around people, but sooner or later, you’re just going to have to knock someone out of the way.

“If we can do that more consistently than the opposition, we go a long way toward winning the game.

“It’s a weird shape, the NRC trophy, and I’ve heard you can’t drink out of it which is a bit disappointing, but winning it was the goal we set ourselves right at the beginning of the competition, and we’ve put ourselves in a position to hopefully have to deal with that problem on Saturday.”