NRC: Perth in good spirits ahead of semi-final showdown

The NSW sides might be getting the headlines, and Melbourne Rising might be backing themselves despite only just doing enough to finish fourth, but all the while, Perth Spirit have just been getting on with the job at hand.

If there’s a side who has slipped into the Buildcorp NRC Finals under the radar, it’s definitely Perth, and scrumhalf Ian Prior says that suits them just fine.

“Yeah, and I guess that probably comes with the territory, being over in the west,” he told rugby.com.au this week.

“We tend to be forgotten about sometimes, but you’re right, it means we can just focus on our role and improve week-by-week, which is what we try to do in search of that perfect 80 minutes.

“We’ve built nicely from the first week, and we’ve played a couple of tougher teams each time. On the weekend against a very good (University of Canberra) Vikings outfit, our set piece really stood up and was quite dominant, which was pleasing to see.” 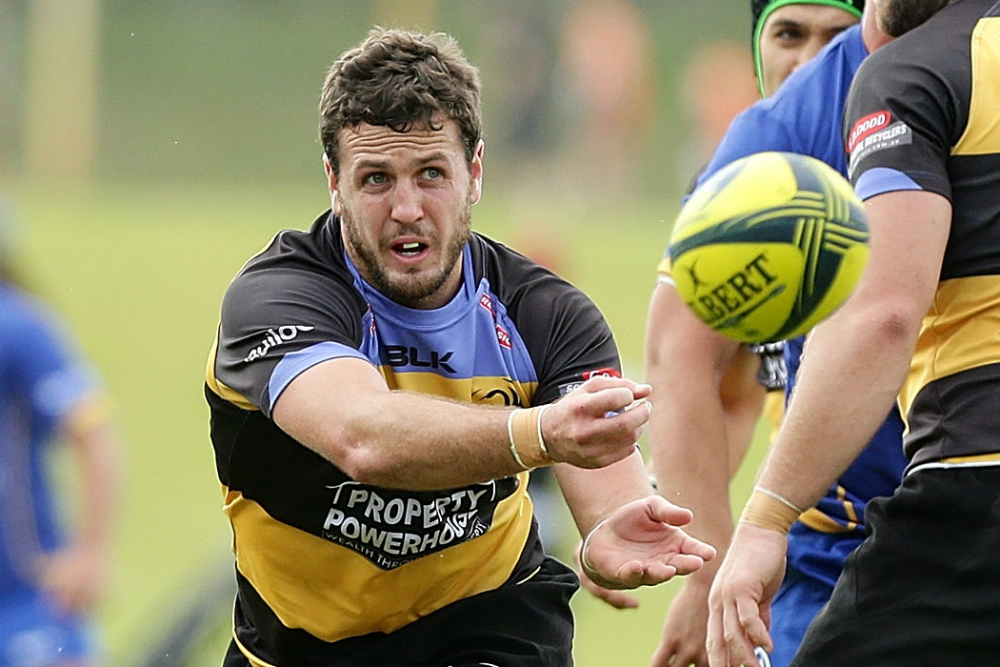 The point about building each week is pertinent, because we’ve seen new elements of the Perth Spirit side shine as the competition has gone on. Their attack has been good, their counter-attack very good, we saw a couple of really impressive defensive games in the middle part of the campaign, and now the set piece has indeed really stepped up.

“That’s just come along by playing together more,” Prior says.

“We’ve seen some new combinations with the mix of club and professional guys, and just playing more and more each week.

“It will be pretty exciting if we can put 80 minutes of all the elements together, I reckon we could play some really good footy. Hopefully we’re building toward that as we enter the finals.”

Just as the 2014 Final series remains fresh in the minds of the Melbourne Rising players, it remains a pretty strong motivator for the Perth Spirit players, too. Especially those who still carry fond memories of knocking off the unbeaten competition leaders so spectacularly. Everyone is on even terms again, heading into the semi-finals.

“That 2014 series, no-one gave us a chance against the Rising,” Prior says. “I think we were paying $17.00 or something outrageous - and that certainly shortened after the game - but it is something we pride ourselves on, just getting on with the job and working hard behind closed doors.”

“Again, that suits us here in the west. We’ve been flying into Sydney for those games, just flying in on the Friday, get in, get the business done, and then get back to Perth and keep working hard. It’s worked well so far this season.” 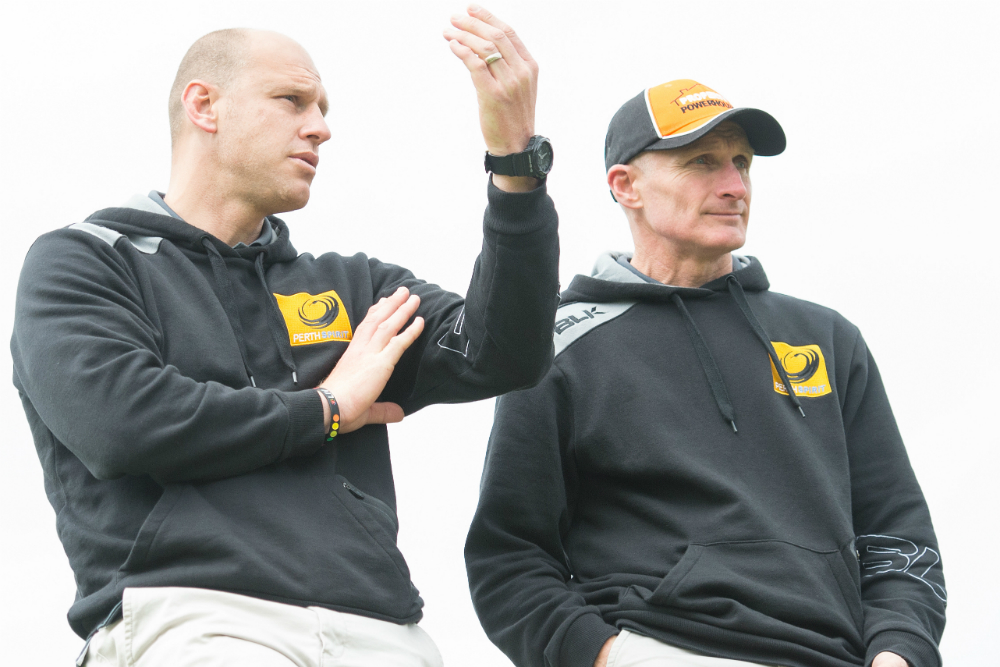 Along with the Sydney Rays, Perth have arguably one of the better defensive units in the NRC in 2016, and after they repelled everything Queensland Country threw at them for thirty minutes in Round 4 and then responded by leading 30-0 at halftime, the Spirit’s belief as a side has grown every week.

“I think that’s been a really good sign of the character within the team. We’re willing to roll up the sleeves and work for each other, and those thirty minutes were pretty decisive for us, not just in that game, but also the season,” Prior said.

“That game certainly gave us belief, and knowing that we can defend that well, because our attack is something we pride ourselves on, and we do that quite well, but finals and higher-stress games are won through defence, so it’s nice to know that we’ve got that in us to back up the attack.” 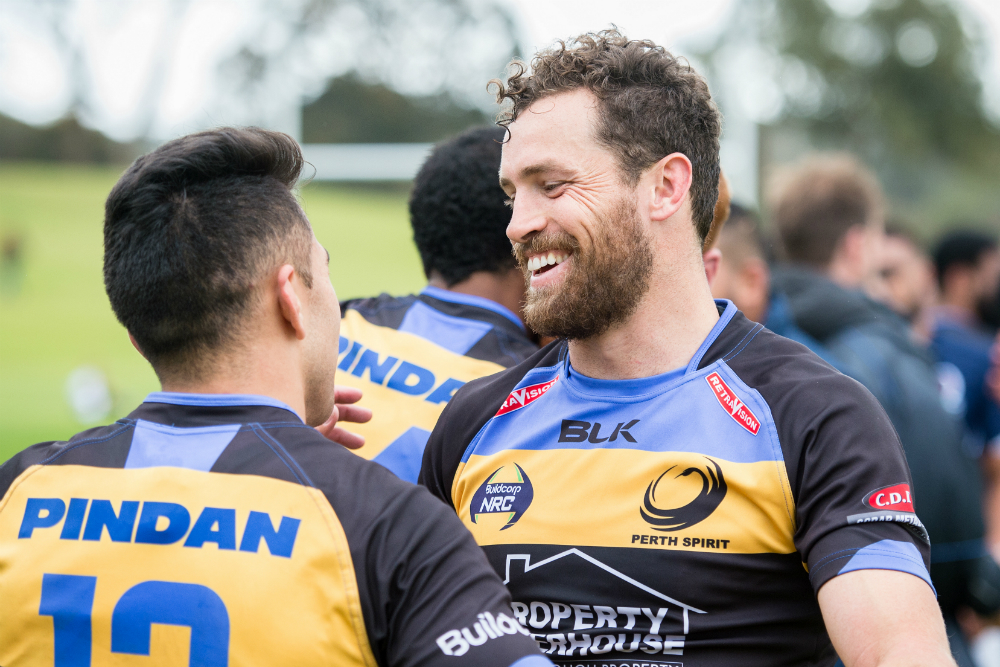 But the game plan hasn’t really changed with guys wearing different numbers on their back; so is that borne out of necessity, or is flexibility something that has been worked on this season?

“Yeah, a bit of both, I guess,” Prior explains. “Obviously, some guys can play more positions, which is good, and guys like Ross and ‘Manny’ [Eden] as you’ve mentioned, and Benny Tapuai, Jonno Lance, and myself, but I think it probably started last year when as the Western Force and Perth Spirit, we tried to change our game, and find a more attacking mindset with everyone on the same page, so that it doesn’t matter who plays where, guys can just step in to the role.”

“There’s been a lot of hard work over the last year and a bit to develop that, and Dwayne [Nestor, Spirit Head Coach] has taken that to another level, because there’s another year of understanding and club guys coming back into the program already knew the patterns of play.”

Another huge help this season has been a reasonable amount of continuity in the side from one game to the next. Where possible, team changes have been kept to a minimum. Additionally, Prior says, to return of Force players throughout the campaign and the willingness of all players to embrace – and enjoy – the travel component that was always going to be there, has meant that it’s just one less thing to worry about.

That said, an extra day this week – Perth played Canberra last Saturday, and now play the second semi-final on Sunday – has already come in very handy.

“Oh, without a doubt,” Prior says. “Particularly after a long travel day on Sunday, where coming home from Canberra via Sydney meant that it was about twelve hours by the time I walked through the front door at home. That extra day definitely helped with our recovery, but then, if we go through this weekend, we’ll only have a six-day turnaround for the Final which we’ll just have to deal with.”

On his own form, Prior says he’s been pretty happy with his game since taking on more playmaking responsibility at 10 and more kicking in last year’s NRC. A lot of that flowed through to Super Rugby and again into this year’s NRC, but Prior says he’s been more impressed with how teammates have kicked on, agreeing with my suggestion that Ben Tapuai and Force recruit Billy Meakes look like they’ve played together for ten years.

“Yeah, they’re gelling well, aren’t they!” Prior said, excitedly. “Billy’s settled in really quickly, and he’s a good guy and a good player as well. It’s been great for him and ‘Benny Taps’ to get that combination so quickly now, rather than have to wait until Super Rugby if this competition wasn’t around.” 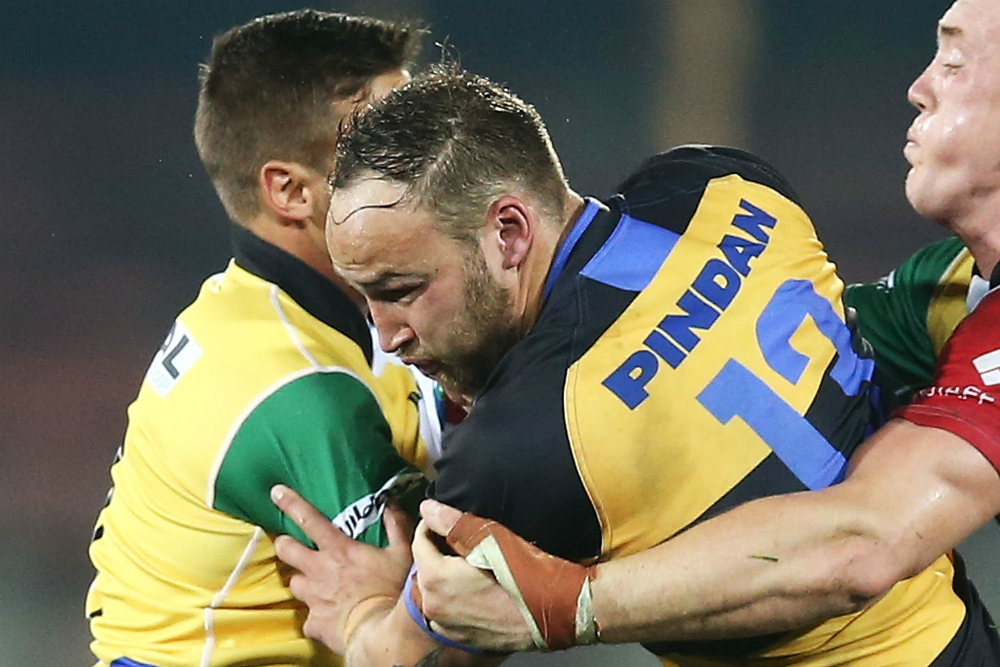 The Sydney Rays will certainly be a challenge for Perth, though they probably won’t be able to take a lot out of their earlier meeting in Round 2, a 28-8 loss in the competition’s only Friday night game played in at times biblical rain at North Sydney Oval. Perth’s only other loss was to minor premiers NSW Country in Round 4.

“The Rays have been playing really good footy, and I think defensively, they’re one of the best teams,” Prior says. “That in itself presents a really good challenge for us to identify and throw something at them.”

“They’re brought forward quite a bit of momentum from Norths’ successful season in Sydney, so that group of players and coaches have that habit of winning, as well. It’s definitely going to be a big challenge playing them in Sydney again, too, but something we’re looking forward to.”

The challenge is there for Perth to see if they repeat their 2014 effort, and storm into the NRC Final from outside the top two, though Prior bats away any thoughts that fall outside the realm of that well-used truism.

“No, I think we will just take it one week at a time, the old cliché. We’ve realised from previous years that we can’t get too far ahead of ourselves, and just focus on the job this week.

“But we’ll definitely do our homework on the Rays this week, and make our preparations for them, and then if we get the goodies against them, we’ll move onto next week then

“Anything can happen at finals time. The games will probably be a lot closer than they have been throughout the year, but hopefully there’s still plenty of points to be scored by both teams playing attacking footy and having a crack.”