It’s derby time at Ballymore Oval this Sunday, with the Andy Purcell Cup on the line between Brisbane City and Queensland Country, but Country coach Toutai Kefu is chuckling at the prospect of what else is up for ‘grabs’ in the final Buildcorp NRC game of 2016.

“We didn’t envisage being second last, and we weren’t supposed to be playing off for the wooden spoon this weekend!” he laughs, when conceding that the campaign hasn’t quite gone to plan.

Both Country and Brisbane City featured heavily in pre-season predictions, yet here they are rooted to the bottom of the table heading into the final round of the competition. The loser of the Derby will ‘claim’ the aforementioned timber stirring implement.

But Kefu insists that there has been plenty of silver lining in Country’s season, even if he hasn’t necessarily had the results to show for it.

“From a coach’s point of view, it’s got to be about more than just coaching for results now, and I mentioned this to the team this week – if we’re improving as individuals and as a team, that’s a good start, and if we’re enjoying ourselves along the way, that’s even better.

“We’ve really improved as a team. We didn’t have much of a preparation leading into the tournament, but as a team, we’re come a long way.” 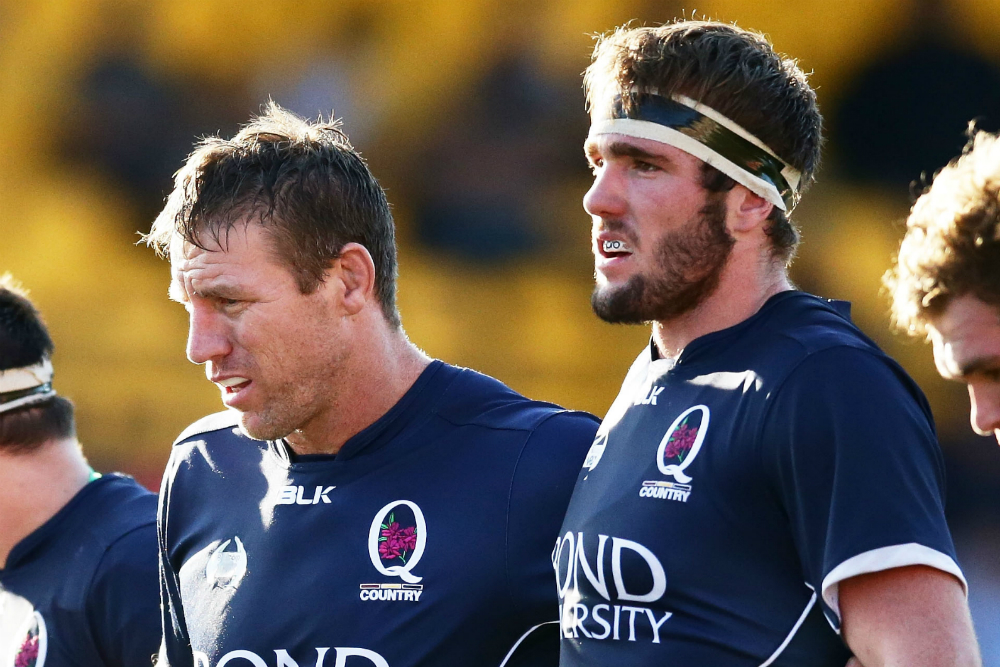 What has been interesting to observe about the Country side this year, is that statistically, they stack up very well against the rest of the competition. Queensland Country lead the competition for clean breaks, defenders beaten, and metres carried. And among those numbers, Izaia Perese has beaten more defenders than any other player, while Tom Banks has made the most metres.

“That just adds to the point about the team not having a lot of time together,” Kefu says. “One of the things I wanted to do when I took on this appointment was to try and play a different way, and to try and play a bit more football.”

“We wanted to play with a shape that allowed the individuals to play a bit more footy, and that was going to be different. The way Australian rugby is going, the main thing we tend to do in attack is go one off the ruck straight into the defence; one off the ruck, one off the ruck.

“So we put in a shape that allowed us to move the ball wide, and to get the ball to the Pereses and the Banks, and to play more out on the edges. Instead of playing off the halfback, let’s play off the 10, play off the inside centre.”

Kefu admitted that initially, the players struggled with the new patterns, and coming off a full season of club rugby, they didn’t have the conditioning they needed to handle the up-tempo pace of the NRC game he wanted them to play, and that took some time to get used to.

“Even passing the ball – I introduced some drills earlier in the year, passing the ball at pace, and we were woeful. We were terrible. I even said to the other coaches, ‘I’m not sure if we can play like this; these guys can’t pass under fatigue.’”

“But we persisted, and the players wanted to persist because they really enjoyed playing with that shape. We got better and better, and within the first few games we started to see some evidence that it was working. And at the moment, we’re really starting to play well. Those statistics don’t surprise me.” 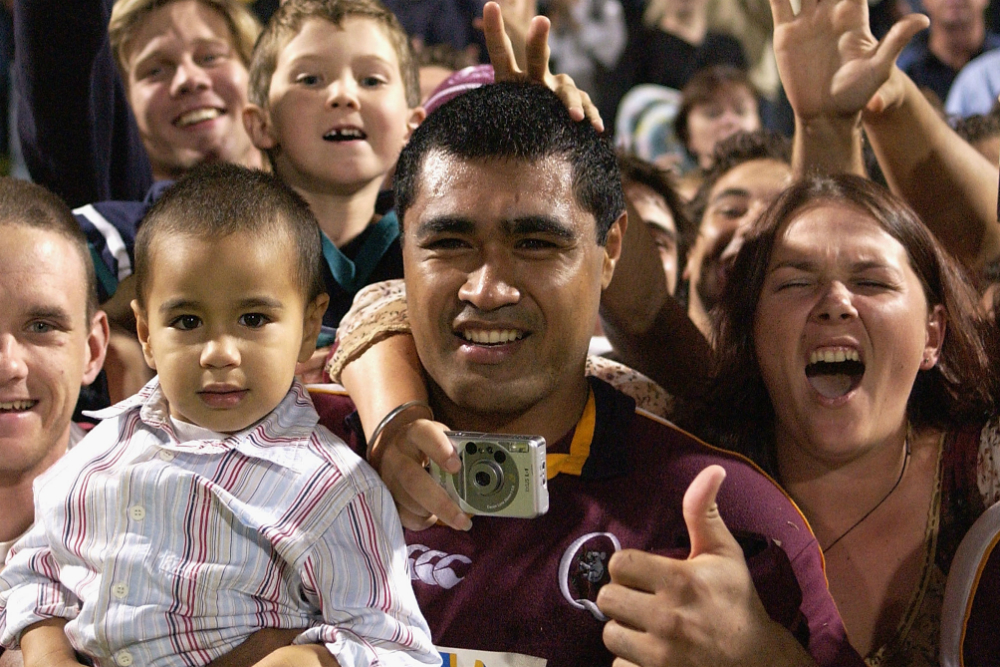 Of course, it only adds to the frustrations of the results they’ve posted. In just the last three games, Country have put 36 points on Perth, 46 on Western Sydney, and 40 on NSW Country, but only have the win over the Eagles last weekend to show for it. “We really should’ve put the Rams away,” Kefu laments of the Round 5 loss, with the Rams awarded a penalty try to seal the win in the 87th minute of play.

The talent on show for Country this year can’t be disputed, however, with Perese, Izack Rodda, and Duncan Paia’aua all enjoying exceptional NRC seasons.

“Definitely, definitely,” Kefu almost cuts me off in his excitement around the next wave of talent. “I didn’t know much about them leading into this, but I challenged them to play some footy and not contain ourselves. Rodda’s been fantastic, and has thrived under the tutelage of Brad Thorn.

“The way we play lets them express what they’re good at, and Duncan’s a perfect example. Duncan’s had a lot of space, and a lot of time with the ball to do what he likes doing. He’s really blossomed in this NRC.”

Paia’aua has certainly shone in the last few weeks, coinciding with Perese missing the last few games. It’s a shame they haven’t had much time together on the field so far, but Kefu has good news on that front.

“They’ll play together this week. Perese is a 100% guy, just doesn’t know how to do things by halves, and he’s a great prospect for the Reds. He just needs to be a little smarter – instead of running into ten brick walls, it probably wouldn’t hurt to step around a few of them,” Kefu laughs. “But it’s better to be saying that to a young player than the other way around.” 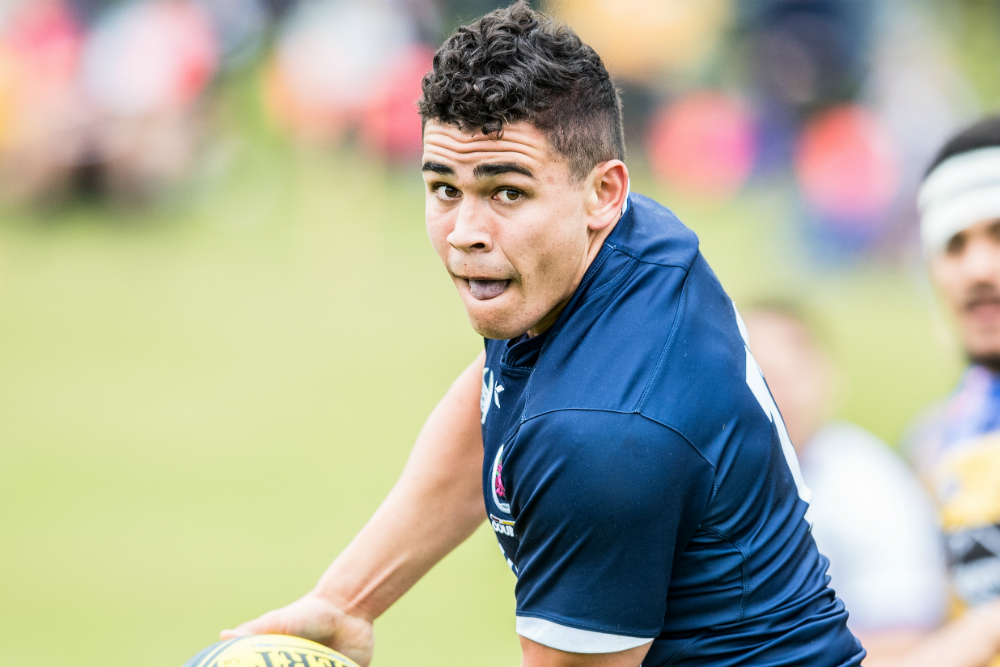 Kefu is excited by the installation of Pacific Island Round into the Buildcorp NRC this weekend, and says it’s fantastic to see all the curtain-raisers and mini-competitions being played around the country in conjunction with NRC games.

“Those competitions, they capture the players who miss out on the contracts in rugby, and in rugby league, but it still provides a pathway for the guys who miss out. And if you’re not looking for something that’s professional, these tournaments allow you to just play for fun.

“Polynesians, at the end of the day, they’re rugby mad. They play league (professionally) because the miss out on rugby, but rugby is the number one sport throughout the islands; Tonga, Fiji, and Samoa. They bring that interest in rugby over here and they pass it down the generations. It’s a big market for the ARU, and it’s great that things are happening.”

Kefu will have his Tongan national coach cap on while keeping an eye on the curtain-raiser at Ballymore on Sunday, where a QTRU Fa'aleo Tupi selection XV will take on Manly Warringah Brothers, the winners of the Willie O Cup in Sydney at 11:55am. Kefu admits that he’s in the hunt for an openside flanker for his 2019 RWC plans, and has a sharp interest in a no.7 and some other players involved in this game – with experience ranging from NRC to Premier Grade to former Australian Under-20s and Schoolboys. 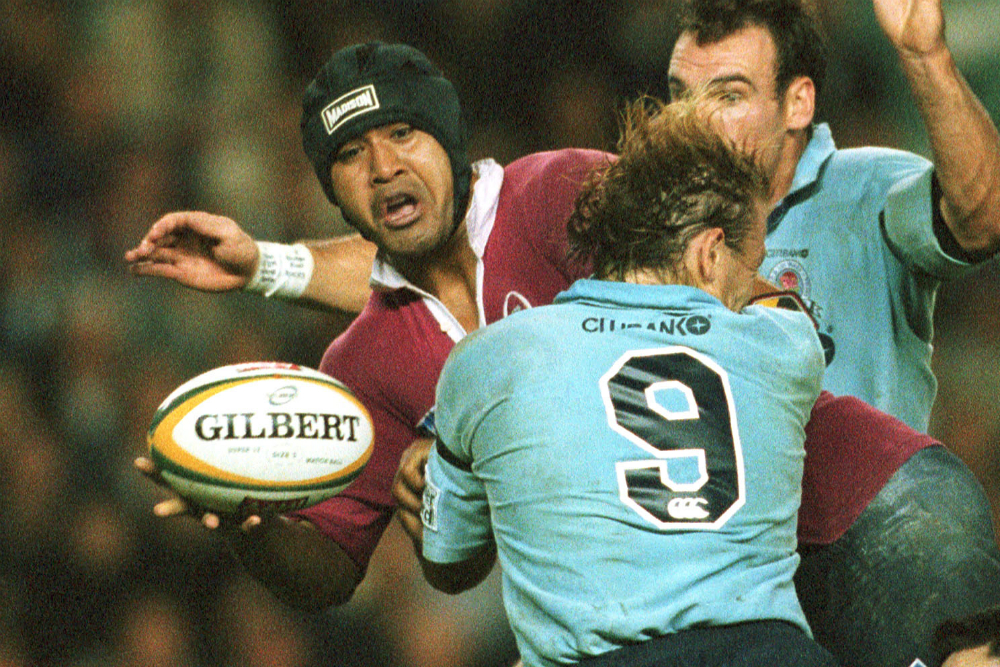 But then it’s the Queensland Derby at 2pm local time, which both Queensland Country and Brisbane City will be fired up for, and it promises to be an entertaining end to the NRC rounds this season. But it’s not just the players desperate for bragging rights, it seems.

“There was a bit of banter at the start of the season, before a ball was even kicked. And though neither team envisaged being where we are on the table, that hasn’t dampened the banter this week,” Kefu says with that unmistakable chuckle once more.

“We train on the main ground at Ballymore, and they train on the second field just over the hill, and we use different change rooms. But there’s plenty of opportunities even just in the hallway, just to throw a big of dig their way.

“I know the coaches pretty well, too, so I’ve been throwing plenty of banter around too! They were giving us plenty before we won our first game, but we’re on a bit of a roll now and I’d say we’re probably in the driver’s seat.

“But I still won’t be taking them lightly.”