Injuries have created opportunities for Faf De Klerk and Damian De Allende, with the pair recalled to the Springboks side to face new Zealand.

De Klerk replaces the concussed Rudy Paige in the team for the Durban clash, while De Allende comes in for Jesse Kriel (groin).

The personnel switches mean Juan De Jongh will move to outside centre, while Francois Hougaard and Bryan Habana will also switch wings for the Test. 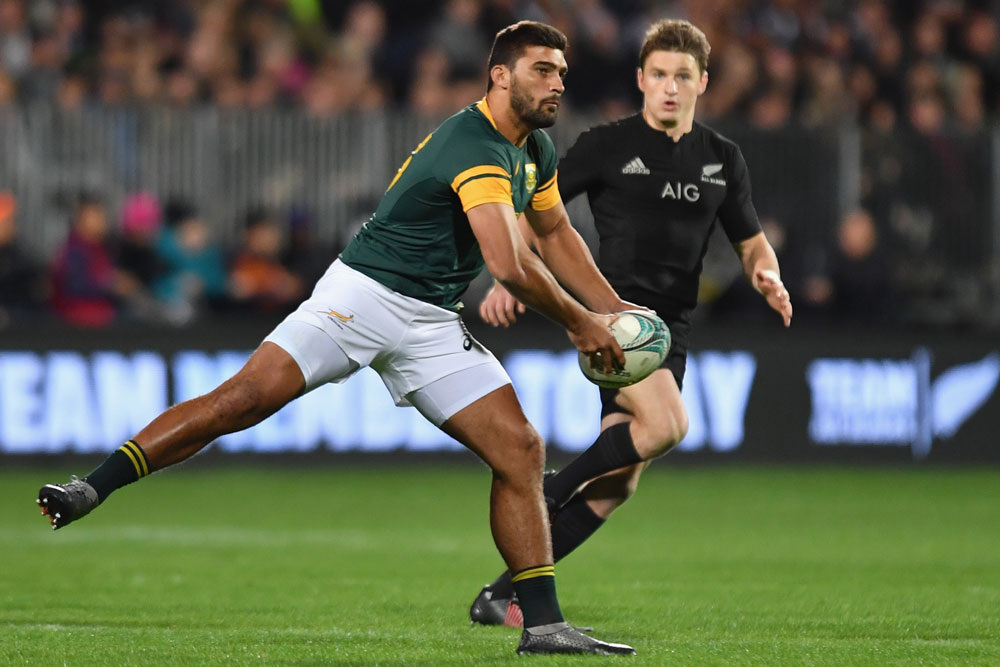 “I expect them to do a similar job this coming weekend. Furthermore, our set-piece have functioned very well and I am hoping for the same against a very good defensive lineout and scrum from the All Blacks," he said.

“The All Blacks will be a huge Test, they are number one side in the world and they have great form at the moment. We are playing at home and the boys are looking forward to the encounter against the world’s best team.

“It is important for us to end the campaign with a good performance against a very good All Blacks side. What I would like to see is that that we keep on improving as a team and build on our continuity and converting more of our opportunities into points.”

South Africa hosts New Zealand in Durban on Sunday morning at 2:05am (AEDT).