Wallabies are kidding themselves: Hansen

by Beth Newman
The pressure is on the Wallabies as much as it is on the All Blacks according to Steve Hanson. Photo: Getty Images

All Blacks coach Steve Hansen has smacked down suggestions that the pressure is squarely on his side heading into the opening Bledisloe Test.

Earlier this week Wallabies coach Michael Cheika said the All Blacks didn’t rate the Wallabies as a chance of winning and winger Rob Horne said the pressure was squarely on their opponents, but Hansen said there was no disrespect coming from across the Tasman.

“To be honest, if anyone looks at our record and we’ve been reasonably successful, [you’re not] successful if you don’t respect the opposition,  so I think they’re kidding themselves if they think we’re not respecting them,” he said.

Hansen suggested the Wallabies were trying to create a backs against the wall mentality in the lead up to the opening Test.

“If you look at what they’re saying and that I think they’re building their own siege mentality and that’s fine, that’s what they’ve got to do and we certainly respect them,” he said.

“They’re a good side, full of world class players and at home they’re hard to beat so we’re going to have to front up and play well.”

Hansen admitted there would be plenty of expectation on his side going into the Test but that didn’t mean there wasn’t any on the Wallabies.

“There’s pressure on the All Blacks all the time. That’s where we live,” he said.

“Everyone wants to beat us and we want to keep winning .You’re kidding yourself if you think that any test match there’s not pressure on both sides.

“There’s as much pressure on them as there is us. They’re kidding themselves if they don’t think they got any pressure.”

As much as the to-and-fro between the coaches has entertained onlookers this week, the real game inched closer on Thursday, with both camps naming their opening teams. 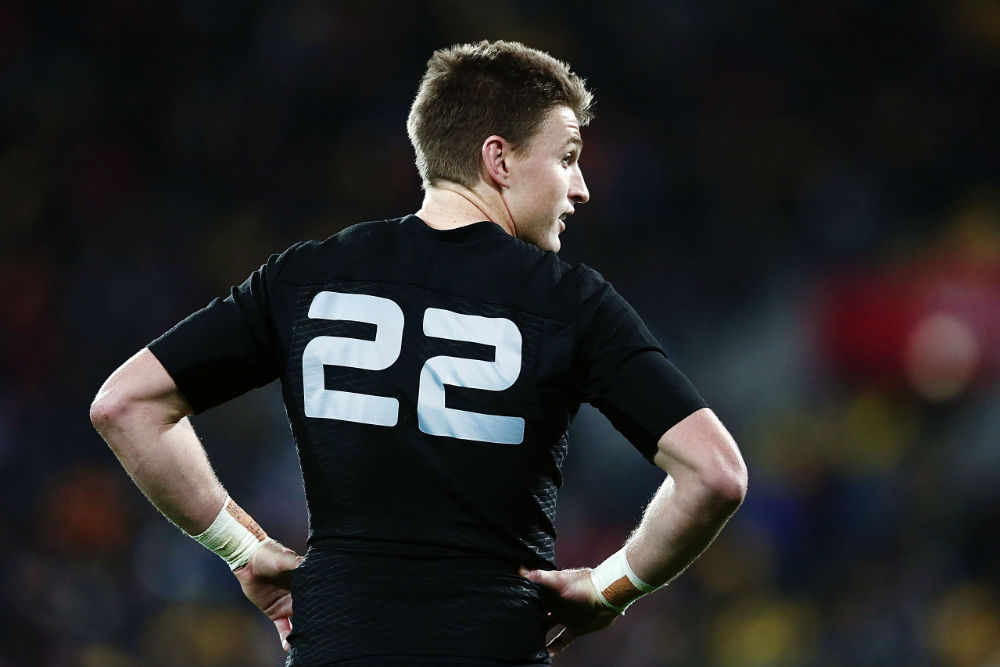 Hansen opted for in-form Hurricanes pivot Beauden Barrett in his starting side, over Chiefs’ Aaron Cruden, a decision he said was ultimately a straightforward one.

“In the end it was pretty easy,” he said.

“Beauden’s performances over the last month have been outstanding both for the All Blacks and for the Hurricanes. He’s just got to be on the park for 80 minutes, [so that] made it a pretty easy solution,” he said.

“Crudes [Aaron Cruden] has been playing well too, really happy with how he played particularly in the warm up game he had against Counties in Auckland so he’ll be able to give us something when he comes off the bench for sure.”