NRC: Queensland Country have Thorn in their side

by RUGBY.com.au staff
Brad Thorn was part of the All Blacks World Cup winning team in 2011. Photo: Getty Images

He’s the All Black legend who just can’t quit.

At 41, Brad Thorn is set to make his return to the field, named in the Queensland Country Squad for this year’s Buildcorp NRC.

Thorn retired from professional rugby in mid-2015, after a career that lasted over 20-years in both union and league.

The second-rower gave every indication we hadn’t seen the last of him on the field when he was announced as part of the Queensland Reds coaching staff back in January.

“I didn’t actually retire because of my body,” Thorn said.

“I retired because it seemed like I should, I turned 40.

“If you had of put the number 32 next to my name I would have signed another two-year contract. 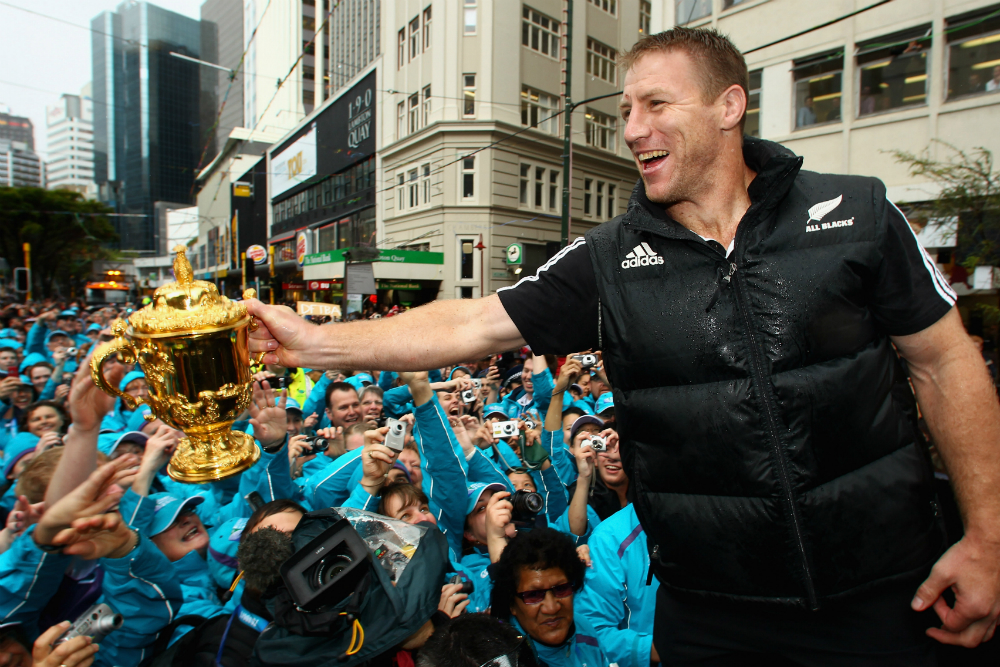 Thorn will play a dual for Queensland Country in the Buildcorp NRC, also signing on to be the forwards coach.

Queensland Country’s first game of the season is against the UC Vikings at Bond University on August 28.