by Chris Ford
Australia had to come-from-behind to beat Spain. Photo: AFP

Australia have survived a scare in their second game on day one after beating Spain 26-12 at Deodoro Stadium.

Andy Friend’s side showed little attacking fluency on the first day of competition with the world number four nation going down comprehensively to France in their first clash.

Australia got off to a perfect start against Spain though with Cam Clark scoring the quickest try in Olympic history, collecting a loose ball off the kickoff to score under the posts inside 10 seconds.

Marcos Poggi hit back straight away though, as James Stannard overthrew at lineout time and Poggi sprinted away to score.

It was all Spain after that as they controlled the ball for large periods in the first stanza, showing the same form that shocked Samoa in the last Olympic repechage.

Poggi soon had a double with possession turning into points for Spain down the right edge.

Australia managed to go into the break in front though, with a dart from Con Foley falling just short and Jesse Parahi picking up and dotting down to make it 14-12 at half-time. 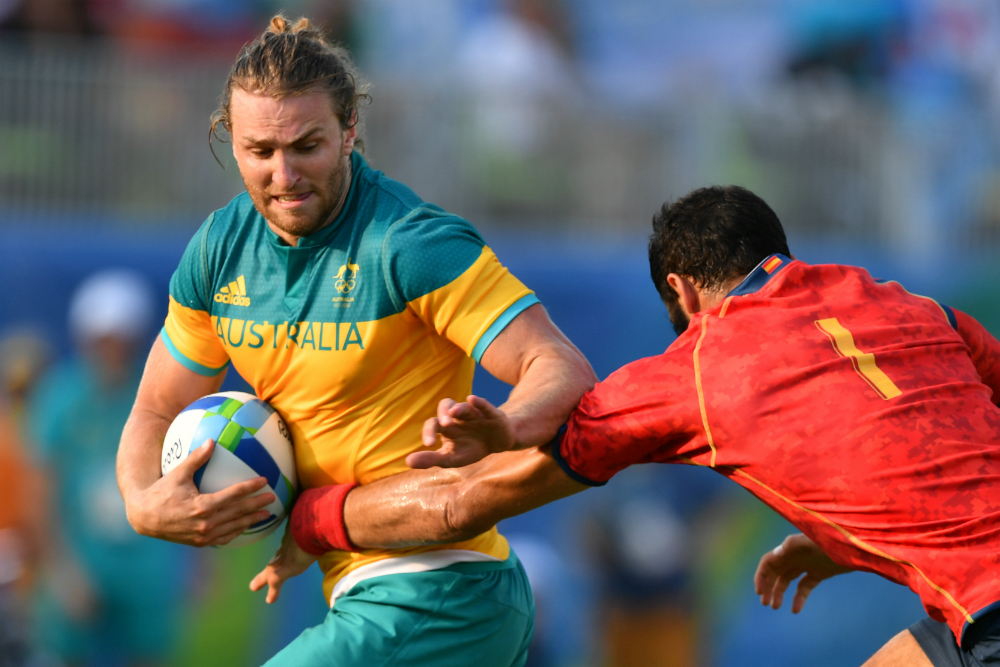 John Porch bolted into the second period after a quick tap from a penalty at the breakdown allowing him to show a clean set of heels to the Spanish defence and take the margin out to seven points.

The second half ground to a halt soon after as Spain struggled to get out of their own half with back-to-back five metre scrums.

A try was disallowed for Stannard after the halfback pounced on a loose ball but was deemed to have knocked on when trying to ground it.

Tom Cusack made a big impact off the bench with the tall timber rattling Spain with successive hits and putting Australia on the front foot. 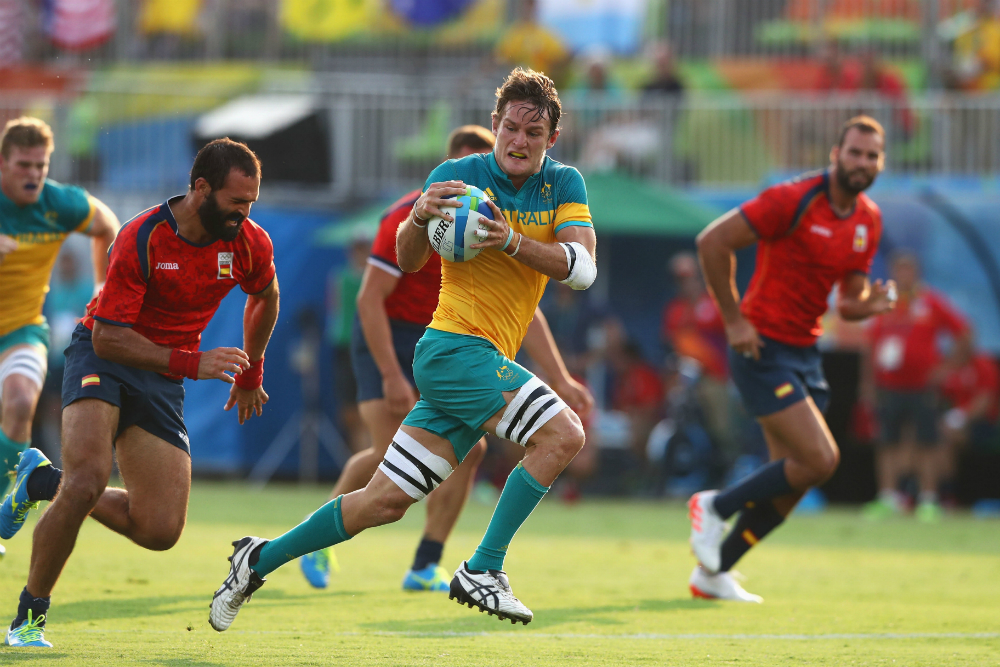 Australia made it comfortable after full-time as Con Foley darted away to score under the posts.

It was tough day for the Australians after going down in a shock defeat to France in their first game of the day.

Qualification through to the quarter-finals is still up in the air with New Zealand also a victim on a giant-killing day, going down to Japan for the first-ever time.

Australia face South Africa in the second game of day two, kicking off at 12.30am AEST.