Led by a superb performance from scrumhalf Charlotte Caslick, the Australians held off a late fightback from their trans-Tasman rivals to claim the victory.

A mistake from the Australians gave New Zealand their first chance to attack but a crucial second effort from Shannon Parry diffused the threat.

It was the Kiwis who drew first blood with Kayla McAlister crossing five minutes into the opening half, crashing over in the corner for the first of her two tries to put the Kiwis up 5-nil.

A runaway effort from Emma Tonegato looked dangerous for the Aussies, but the speedster was pulled down short and they conceded the turnover. 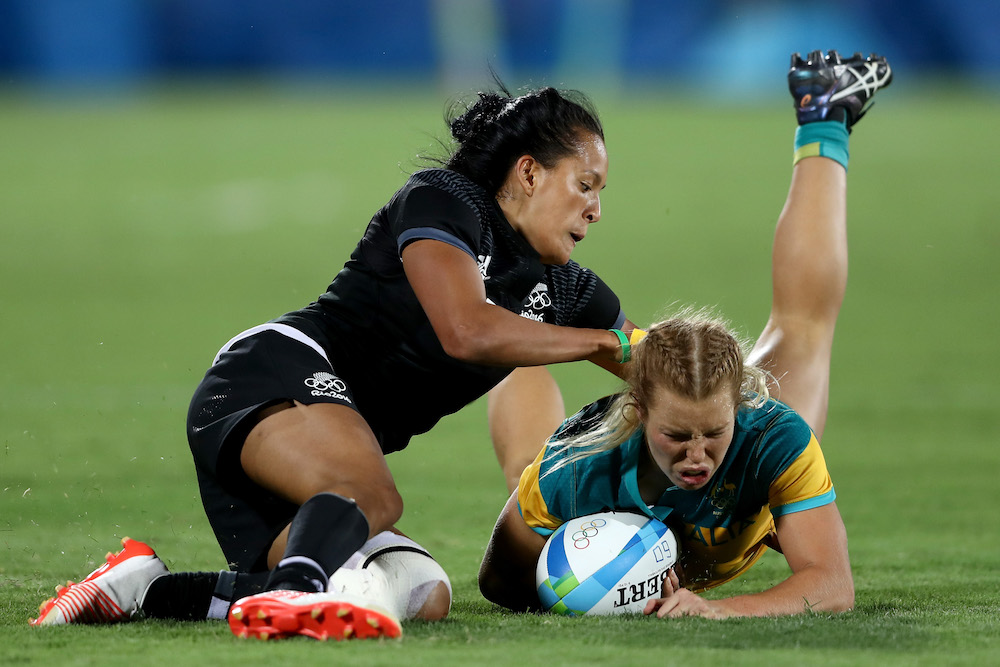 It was second time lucky for Tonegato a minute later, stretching out for a try just over the line, drawing scores level with two minutes left in the half.

A yellow card to New Zealand star Portia Woodman handed Australia a one-player advantage as the half-time hooter and Evania Pelite took little time to make the most of it, sprinting away down the left edge to put them in front.

Australia’s second half started terribly, with a mistake off the restart, but they didn’t let it rattle them as the back half ticked on.

Three minutes in a trademark attacking move went through the hands of Charlotte Caslick, Emilee Cherry and out to winger Ellia Green, who finished superbly to stretch Australia’s lead.


A New Zealand knock-on off the restart was just the thing Australia needed giving the women a scrum deep in attacking territory.

Caslick added her own five-pointer to the tally in the 17th minutes, putting one Australian hand on the first rugby sevens gold medal. 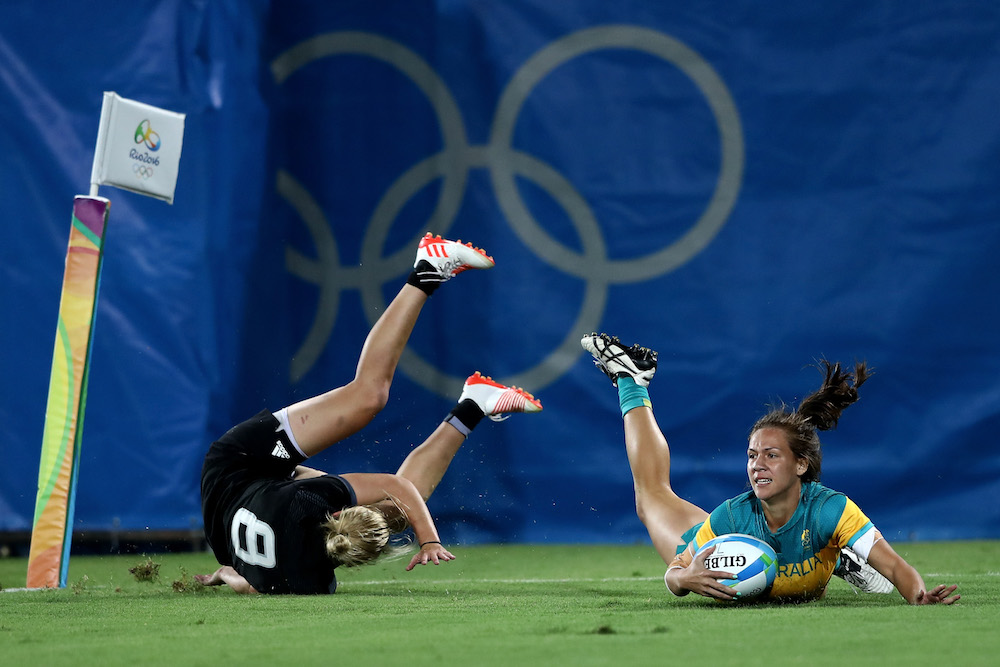 McAlister had her second in the 19th minute, but the Kiwis couldn't convert, keeping the margin to 14 points and needing three scores to win.

Woodman got a late consolation try to narrow the margin to nine points but it came after the hooter, leaving no chance to knock Australia off.

The win caps off a fairy tale season for Australia, who clinched their first World Series title in the 2015/16 season.

Canada took out the bronze medal game earlier in the evening.