Australia through to quarter finals

Australia are through to the quarter-finals of the Olympic competition after wrapping up day one with 36-0 win over Fiji.

The world number one side blitzed Fiji in the first half to lead 19-0 at the break, in a day where they completed a shutout in both pool matches.

Australia started at breakneck speed with Emilee Cherry testing out her dodgy right hamstring, sprinting 50 metres down the left edge to score.

The pressure was relentless in the early stages as Emma Tonegato finished off in the left hand corner. 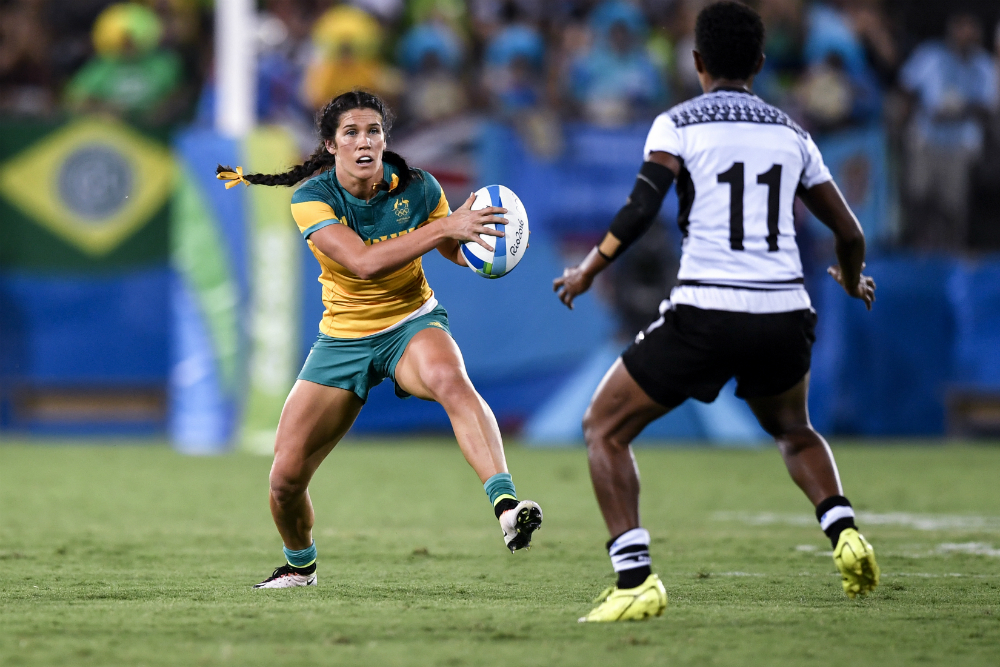 The second half started slowly but Australia eventually found the gears as Ellia Green sped off for her first try at the Olympics.

It was a far different Fiji from the side that ground out a 12-7 win over the USA earlier in the day as Emma Tonegato regathered a kick behind to grab a double.

Chloe Dalton finished the six-try rout with a great team move down the right side to make the final score 36-0.

The win wraps up top spot for Australia in Pool A after they trounced Colombia 53-0 in their first game earlier in the day.

Fellow Pool A combatants USA defeated Colombia in their second game with Canada and New Zealand also securing progression through to the last eight.

Australia takes on the USA at 2:30am AEST Monday morning in their final pool match.