Matt Giteau wants to rid himself of the "bitter taste" of last year's World Cup final.

Giteau, who arrived in Wallabies camp from Toulon on Monday, thought the 2015 tournament might be his Test swansong, but a sense of unfinished business changed that.

A concussion ended his World Cup just 20 minutes into the final and it wasn't the memory he wanted. 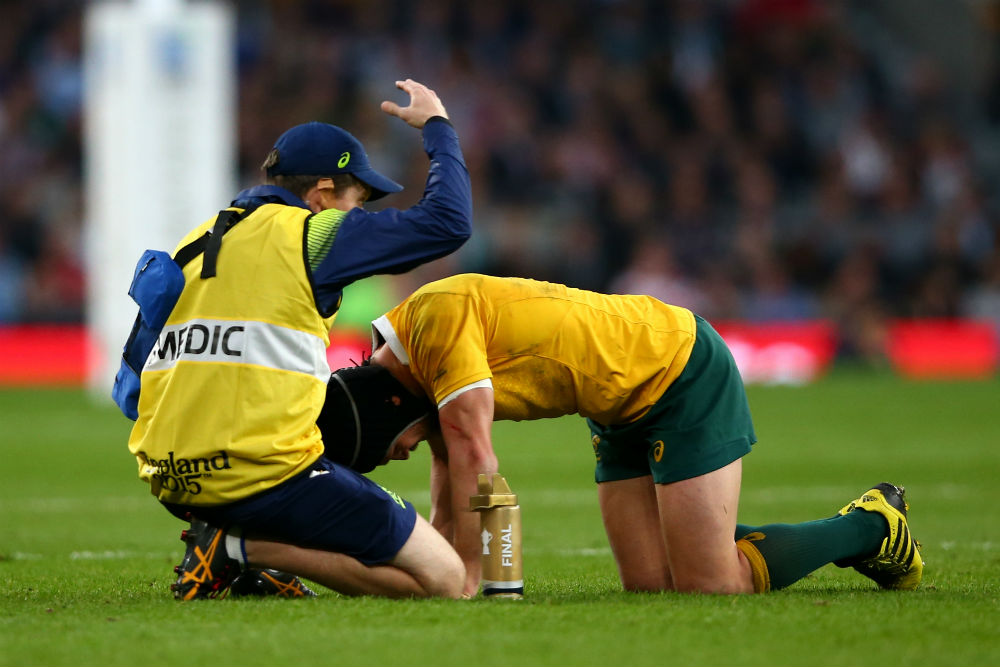 “I thought that the World Cup (final) was maybe my last game for my country but just the way it ended for me, it left a little bit of a bitter taste," he said.

"Not that we lost but just the fact that I only played 20 minutes, so I've still always had that burning desire (to return)."

That desire hasn't left the 33-year-old in the 10 months since, with the inside back watched on as the Wallabies lost to England in June.

“I knew when I watched the boys play against England that I wanted to be involved, but what you want to do and what you actually can do are two totally different things but then I was given the opportunity from Cheik to come back and, of course, I took it.”

The ARU's discussions with Toulon over Giteau's return have been well-documented, but ultimately it was all worth it for the veteran back.

“The biggest lure is to play for my country, I don't think there's a greater honour,” he said.

“When you do that you represent your people and also your family and friends, and for me, it's very special with two young boys.


"It's just something that now they're getting older hopefully they get to watch me play for my country before it's too late.”

While he knew he wanted to return to Australia, Giteau said he wouldn't have agreed if he didn't think he could make an impact.

“I would never disrespect the jumper as far as playing here or coming back if I didn't think I was up to the level.”

Fighting fit after returning from a mid-season groin operation, Giteau's biggest challenge ahead of the opening Bledisloe on August 20 might be adapting to the winter weather.

“It's 35 (degrees) in Toulon at the moment so this morning I was wondering what I'm actually doing here,” Giteau joked.