South Africa coach Allister Coetzee says he wants to change the way the Springboks play so they do not rely solely on brute force to win matches.

Coetzee has indicated he will look to include more flair players in future squads and cited the example of the Lions and Stormers in this year's Super Rugby competition as successful teams who attack with width.

"We've been renowned for playing in certain ways and you can win games in lots of different ways," Coetzee told Barbarians News on Thursday. 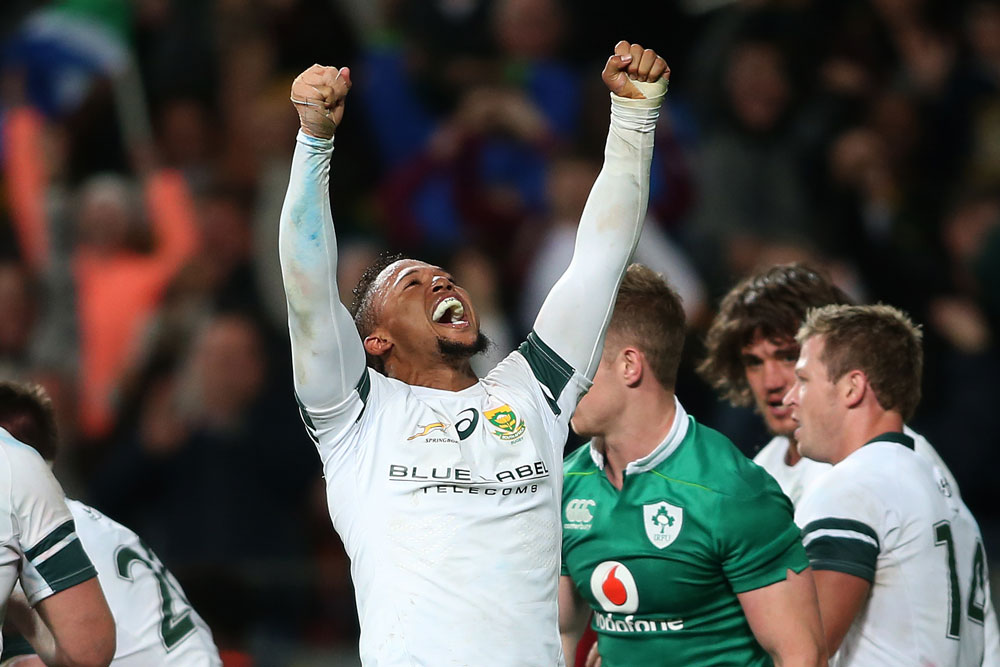 "Lots of other international sides understand that they have to match South Africa's physicality and we've got to be a bit smarter and more accurate now.

"I believe in a balanced style of play. There are different kinds of pressure you can apply to the opposition and that can be with ball in hand, at the set-piece, with your contact skills.

"People enjoy watching us score tries and we understand that we have got to widen our game. South Africa maybe used to be a bit narrow at times and the Lions and the Stormers have shown what can be done and the opportunities that are there if you attack with width and put more effort into playing on the edges."

Coetzee, however, said that any movement towards a more expansive game will be gradual.

"You can only do that with the right personnel and it won't happen in year one or year two but we want to make it happen. We don't want to go all-out attack and neglect our forward style, our dominance at the set piece and the maul, but we want to be more effective."

Coetzee said he may look to the South African Sevens team to find players who would fit a more explosive style.

"Seabelo Senatla has had a good year and was promising at Western Province and went on to play one Super Rugby game. We'd like to look at him," Coetzee said.

"Then there's Cheslin Kolbe, Juan de Jongh and Francois Hougaard, who did so well at Worcester last season."

The Boks start their Rugby Championship campaign with a home match against Argentina on August 20.