For much of Millie Boyle’s junior football days, her opponents thought she was a boy.

With her hair tucked into her headgear to avoid potential pulling from would-be tacklers, Boyle blended in with her U12 rugby league teammates.

“Most of the time, without seeing my hair, they didn’t realise I was a girl. Everyone used to call me ‘Morgan’s brother’,” she laughed.

Despite hailing from a line of league superstars and fanatics – her father David and uncle Jarrod Croker both played for the Canberra Raiders and brother Morgan is a Gold Coast Titans squad member- Millie discovered a love for rugby that drives her to make regular seven-hour round trips to train with the ACT women’s side, and clinch some sibling bragging rights.

“Technically I’ve beaten my brother,” she said, referring to the fact she’s representing her state.

“But he still gives me a bit of grief about playing rugby.” 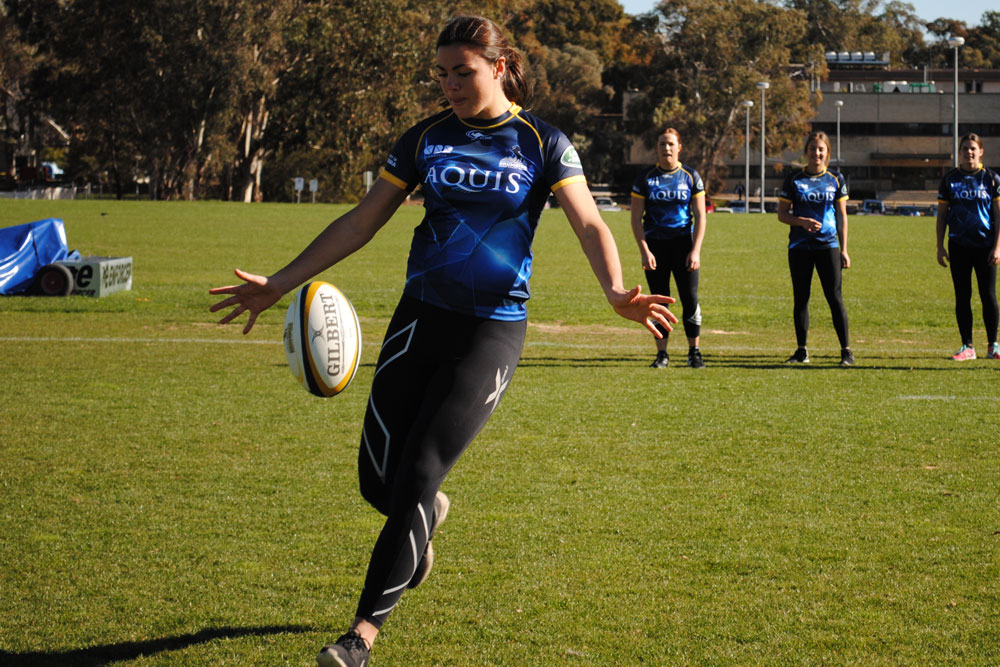 Boyle has to leave school early on Wednesdays to make it to training, driving from Bega to Canberra each week, though she says her teachers keep her accountable.

“They’re supportive, but expect me to make up on lost time,” she said.

Boyle’s focus is now on the upcoming Buildcorp Women’s XVs National Championships which will be held in Sydney’s St Ignatius College, Riverview from June 24-26.

“The team is getting serious now, and we want to do well at Nationals. We’ve had two good wins recently but Nationals will be a big step up for sure. I think we’re ready for it,” she said.

“We’ve been training more, which is great. We have a really good culture, where everyone helps each other and supports each other. I’ve learnt a lot from the older girls in the squad,” she said.

The prospect of topping their runner-up finish at the last Nationals and the possibility of a Wallaroos debut has added extra flavour to her championship build up.

“Making the Wallaroos eventually is definitely a goal of mine,” explains Millie, who has her eyes set the number six jersey.

Her parents meanwhile, despite being league diehards, are “super proud”, and can’t wait to see what their daughter will do next.

And does she think her time playing U12s NRL against the boys has helped her? “Definitely,” she said. “Tackling is not a natural instinct for many girls, but I just run straight in!”