There are few areas that the English and Australian camps agree on but that the Wallabies are good underdogs is one.

After going down in the first Test, the pressure is squarely on the Wallabies to even up the series, though some bookmakers still have them as slight favourites to force a decider.

England coach Eddie Jones has drawn on the 2001 British and Irish Lions series to remind his players that one Test win does not make a series.

In that series, Jones was yet to take over the Wallabies job but saw exactly how dangerous a slow starting Australia could be.

After losing the opening Test in Brisbane, Wallabies outside back Joe Roff ignited a second Test win in Melbourne, with Australia going on to dominate the decider in Sydney.

“They love being underdogs,” he said.

“I wasn’t part of the coaching staff but an observer for the Lions series so I witnessed what happened for the first game.

“They went out there tried to play side to side, if you remember it was at the Gabba, greasy pitch and then the next week they were much more direct. 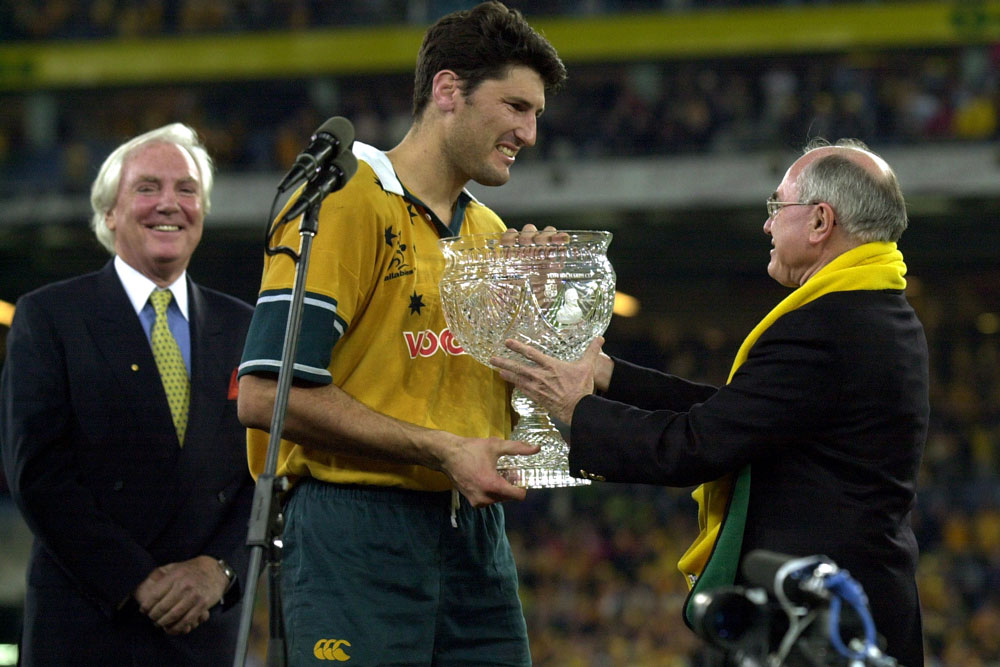 “We were out of the game for 40 minutes and Joe Roff...scored a fantastic intercept try, Australia got a second wind, won the second half of that game and then won the series.

“Australians love to be underdogs, it suits their character.”

Wallabies scrumhalf Nick Phipps said being in the hot seat going into a Test was nothing new for Australia.

“We’ve pretty much been underdogs for the last six years,” he said.

“We know that this is an important game for us.

“There’s pressure every week. Test match footy is pressure so we’re really embracing the opportunity to bounce back and we know there’s no second chances now.

“I think the experience we had over at the World Cup with no second chances, every week pretty much, is something we’ll be able to use to our full advantage.”