Kuridrani looms as Cheika's outside man

Michael Cheika is keeping his mind open to possibility when it comes to the Wallabies midfield, though Tevita Kuridrani looms as the frontrunner for outside centre.

Cheika hinted that Kuridrani might get the inside run at the outside centre position, with the Wallabies coach having picked the Brumbies centre in almost every Test in his reign, largely because of his defence.

That area is, and has always been, the greatest question mark hanging over Israel Folau’s potential transition to 13, though he has shown ability there for the Waratahs.

None of that is to say that Cheika isn’t considering a move for Folau, with the Wallabies coach keeping his options open, particularly with Karmichael Hunt returning to training on Friday.

“He’s played in every game I’ve been involved with here and that’s one of his massive strengths is defence."

Cheika said he had been speaking with Waratahs coach Daryl Gibson, his former club assistant, about Folau’s new NSW role.

“Like I said before, we mix and match a lot up in both attack and defence about what’s happening in there, without taking away from their speciality.

“He’s run a bit upfront this week and a bit out the back, so just see how it goes.” 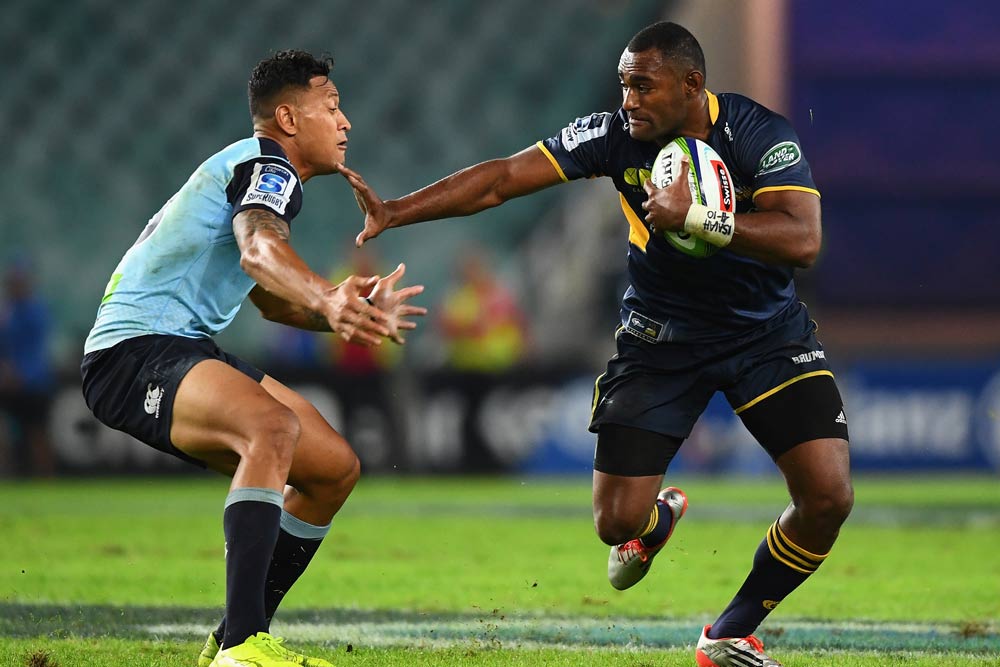 While there is a sense of fluidity in the Wallabies backline between attack and defence, Cheika said there would be specificity in each player’s role.

"We do do that (interchange positions) but once you’ve got your role in the game set out, that’s very much (set). I’d like to think we’re very role specific and guys are  very clear on what they have to do so changing roles is not an option .You might do the same role from one in or one out, just depends. That’s how we’ll set the game up.

Kuridrani said the competition of Samu Kerevi and Israel Folau had added extra motivation, but his focus was simply on continuing to work hard.

“It’s good but I can’t put myself (under too much pressure), but I’m still working hard and trying to push myself every time,” he said.

“I think it’s (competition) a big motivation, it makes me work harder at training and just keep working hard.”

As for who might play inside him if he plays 13, Kuridrani said earlier this week that Cheika hadn’t really indicated which way he would go.

“I don’t know what Cheika wants to go with, if he wants to play a skilful 10 or two big centres, crash ballers,” he said.

“At the end of the day it’s up to Cheik but I don’t really mind who I play with.”

If Folau is moved into the midfield, Force fullback Dane Haylett-Petty would be the obvious choice to slot into fullback for the opening Test, though he could also slot on to the wing.

Karmichael Hunt trained with the squad on Friday, keeping him in contention for the vacant inside centre spot.