Reece Hodge vowed to make the most of his unlikely Wallabies shot and the Melbourne Rebels has survived the first cut.

Hodge impressed Michael Cheika after being added to the squad in place of the injured Mike Harris and his versatility has been a handy weapon at least in training, without Harris or Christian Lealiifano in camp.

“Reece has really impressed me this week after being thrown into the deep end,” Cheika said.

“It’s not just about being in the environment for him now and I know he’ll be pushing for selection in the match day 23.” 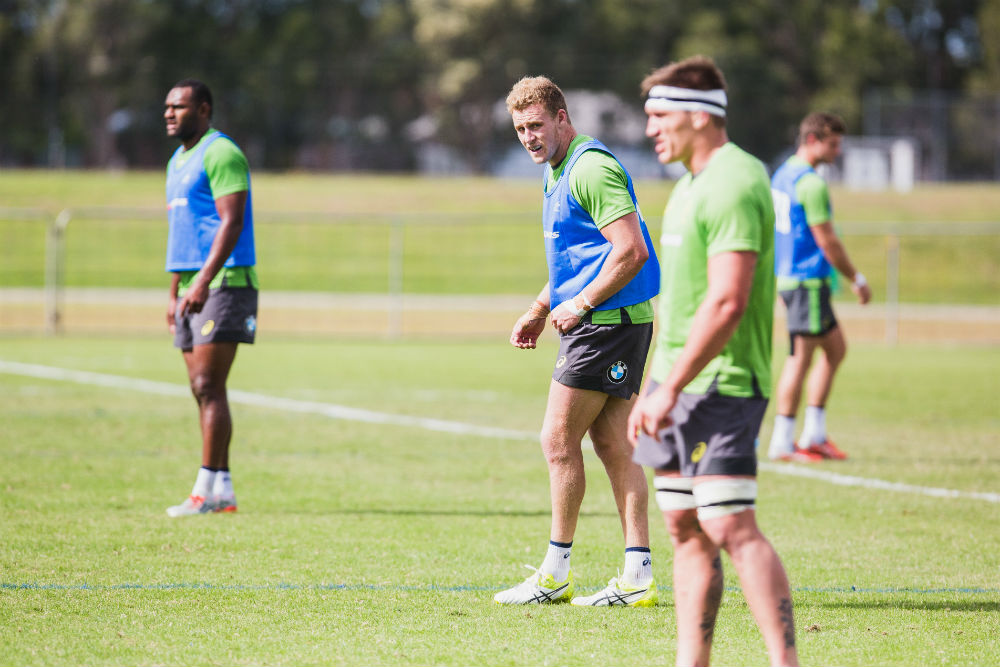 The 21-year-old is the only real bolter included in a trimmed down 33-man squad named by Cheika on Friday afternoon, as the team heads to Brisbane.

Karmichael Hunt will also have the chance to push for a spot, included in the 13 backs to head south from the Sunshine Coast.

Former captain James Horwill is still in the running to return to Test rugby, after cutting short his honeymoon to join Wallabies camp last week.

With Sekope Kepu on Friday signalling his intent to return to Super Rugby and Taqele Naiyaravoro announcing a move last week, Horwill is the only overseas-based player in the squad.

Powell and Houston were two of Cheika's most left-field selections in the initial 39-man squad and the latter will now return to the Queensland Reds.

Powell's departure means that the Wallabies halfback spots for England are all but secured with Nick Phipps and Nick Frisby the only two nines in the squad.

Gill would be unlikely to add to his Test tally now, with an impending move to France.