Hunt for evolution not redemption

Karmichael Hunt wants to continue his evolution, as a person and a footballer.

After what he described as a “hectic” 18 months since signing with the Queensland Reds, Hunt was on Thursday named in Michael Cheika's 39-man Wallabies squad.

In the third, or first depending on your perspective, code of his career Hunt said he wanted to keep evolving.

There’s an element of the possibility of redemption in Hunt’s story, after a horror start at Ballymore with criminal charges and disappointing form, though he’s not so much dwelling on that.

This season he’s produced something close to what was expected of him, anchoring a young Reds side at fullback.

The 29-year-old couldn’t articulate the effect the past year had on him, only saying that he hoped he could continue to move in the right direction

“It’s probably a bit hard to sum it up in an article but I’ve definitely grown a substantial amount and that’s probably the blessing in all of it that’s come before this,”he said.

“I guess I’m starting to (repay the faith)  - it’s just a step in the right direction if I can say that,” he said.

“It’s been a hectic year and a half and any step forward is a good step for me.

Wallabies coach Michael Cheika isn’t afraid to pick polarising characters and wasn’t shying away from strong praise of Hunt, who could fill a number of roles for the Wallabies 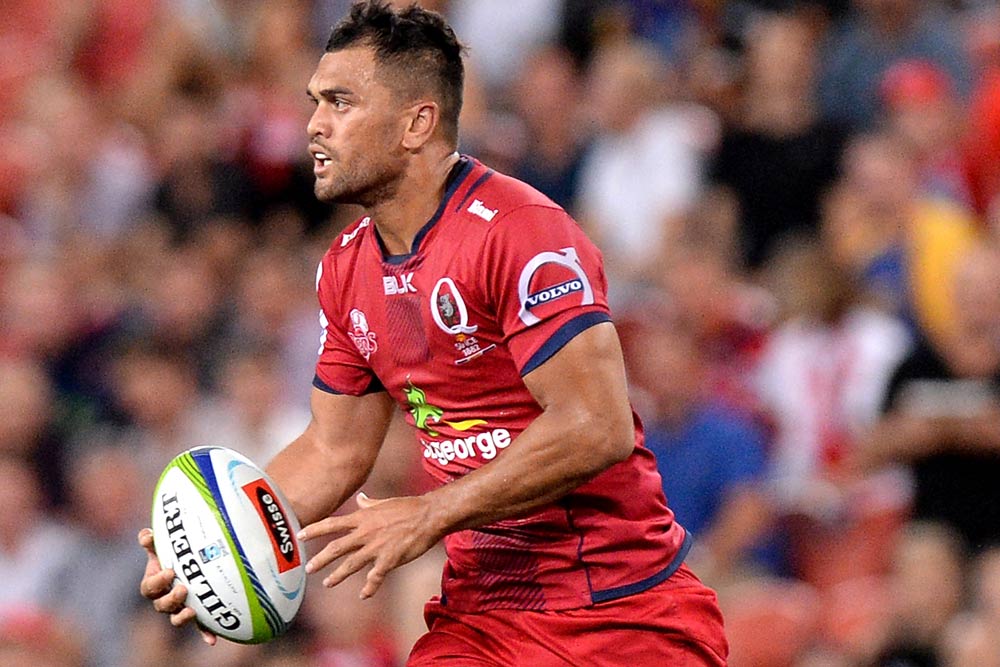 Hunt’s turbulent start has seemingly never worried Cheika, who also had Hunt in a wider training squad last season ahead of the World Cup.

This time around, the former NRL and AFL star is within reach of the 23, far from simply a Test outsider.

Cheika stopped short of describing Hunt’s form as career-best but hinted he has no hesitations over Hunt’s ability to play outside of the fullback spot where he has shone for the Reds.

"I suppose he’ll decide that (his Test chances) in how he goes once he starts getting into that company, with the players that are there,” he said.

“I think he’s played really well this season. I wouldn’t say best form ever but I Think he’s been really consistent.

“His support play, his dynamism in the game, his work rate, the things we look for off the ball a lot are there

“He’s played games on the biggest stage across several codes. I’ve seen Karmichael play rugby before this,  in France in Biarritz where he was excellent, playing playmaker roles 10, 12.

“He had an interrupted year last year unfortunately but this year he’s had a good go at it and he’s performed well and I think he deserves to be in the squad.”

While he is still a few steps away from that gold jersey, Hunt would count a potential Wallabies debut at Suncorp Stadium among his greatest on-field achievements.

It’s a  ground on which he has won State of Origins and worked towards an NRL premiership with the Broncos, so a Wallabies debut would almost have a sense of poetry to it.

While that Test involvement has been lingering in the distance, Hunt said it wouldn’t be the only way to vindicate his final code switch.

“I’m more driven by evolution and evolving so I guess a move to any new sport, that’s enough indication,” he said.

“When it comes to selections and squads and teams it’s a reward or a pat on the back for your hard work.

“Until I get a chance to wear the jersey, I’ll probably keep a lid on and continue keep pursuing my ultimate goal, which is getting a cap."