Should Beale stay or go?

Kurtley Beale is reportedly set to join London’s Wasps on a two-year $1.45 million per season deal which would see him leave the Waratahs.

Rugby.com.au journalists Beth Newman and Matt Lewis look at both sides and discuss whether Beale should head overseas.

1. Not the end of the world

Let's break this thing down. We'll get to the cash later. Beale's deal is no death sentence for his Super Rugby career. Teammates Dean Mumm and Matt Carraro have both returned from European stints in recent seasons and there's no reason Beale can't do the same. Reportedly signed for the 2016-17 and 2017-18 seasons, he could be back at Allianz in time for the back end of the 2018 Super Rugby season, if he wants to return. If that happens, we're really only talking one-and-a-half seasons out of Super Rugby. Back at 29 with plenty of years left.

He's got 60 caps so he can still be a Wallaby. Beale's has admitted his recent career turnaround is in large part due to his relationship with former Waratahs andcurrent Wallabies coach Michael Cheika. There's nothing stopping Cheika from bringing Kurtley back for Tests and his position may yet become even more critical, with no obvious alternatives at 12 if Matt Giteau bows out. 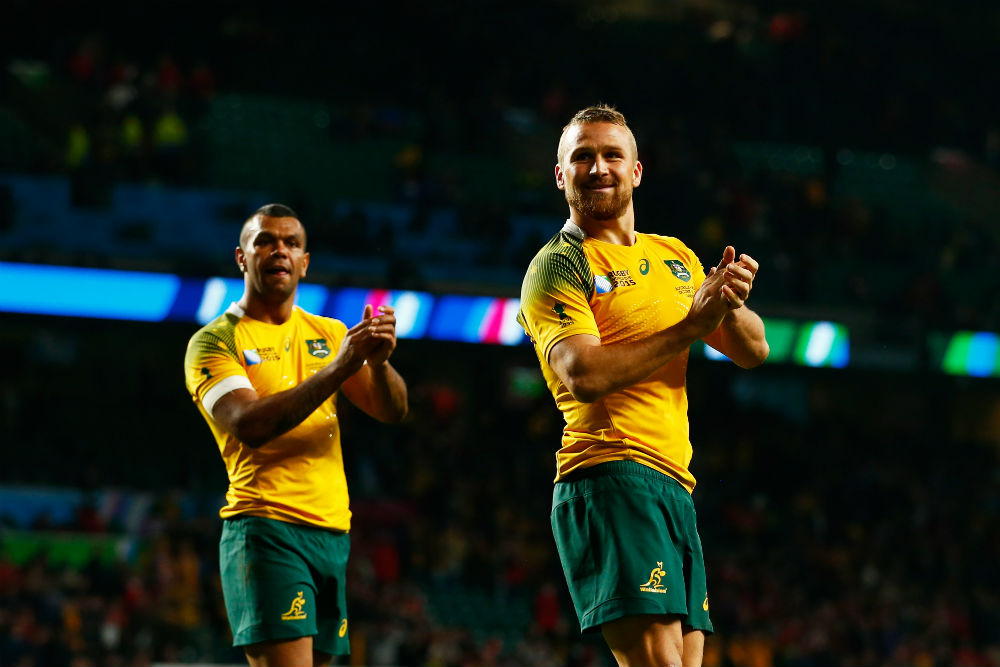 Maybe we need to give Kurtley Beale the benefit of the doubt. He's mulled over this choice for months and potentially considered all the options. He would have plenty of lessons to take from a tumultuous time in Melbourne. He will be away from his family and support networks but everyone has the right to a second chance. This is Kurtley's opportunity to prove he has grown up.

Experience in a different country can only add to Kurtley Beale's arsenal in the coming seasons. He more defensive, field position heavy style of rugby played in the northern hemisphere could add to Beale's game. Even Waratahs coach Daryl Gibson admitted a European stint could make a player more dangerous. On the flip side, it gives the Waratahs a chance to blood Dave Horwitz at 12 and prepare for a time when Kurtley Beale is just a spectator. If Beale were to return to Sydney, they'd have a beefed up starter and groomed replacement ready to step up. It could be much worse.

Beale has 2.9 million reasons to say yes to a Wasps deal. He's 27 and in a job that has a short shelf life. Most everyday people would struggle to turn down that kind of money regardless of the industry. Why begrudge someone the chance to maximize their earnings just because they're an athlete. Take out the emotion and all you're left with is common sense and a salary that could set him up for life.

In the past, when Kurtley leaves his family and friends he tends to struggle. Although right on his game this season, at 22 Beale signed a two-year deal with the Melbourne Rebels that didn’t end well. During his stint in Melbourne, he was stood down for a number of weeks after punching teammates Cooper Vuna and captain Gareth Delve on their tour of South Africa, eventually checking himself into a health clinic. 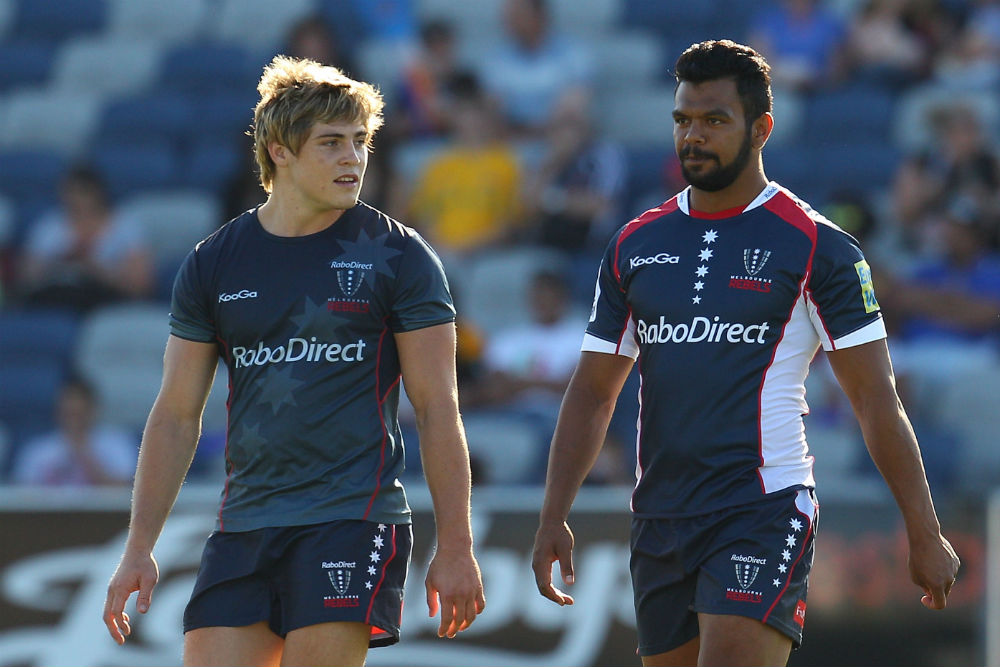 Beale currently looks fitter than ever and was World Cup star last year. Two seasons out of that system is a long time and it could have a major impact on Test rugby too, breaking up a combination with Bernard Foley that has been incredibly successful. His form has been so strong this season that there have been talks he will be wearing the number 12 jersey for the Wallabies in June. His departure from Australian Rugby could have a major impact on the Wallabies chemistry. 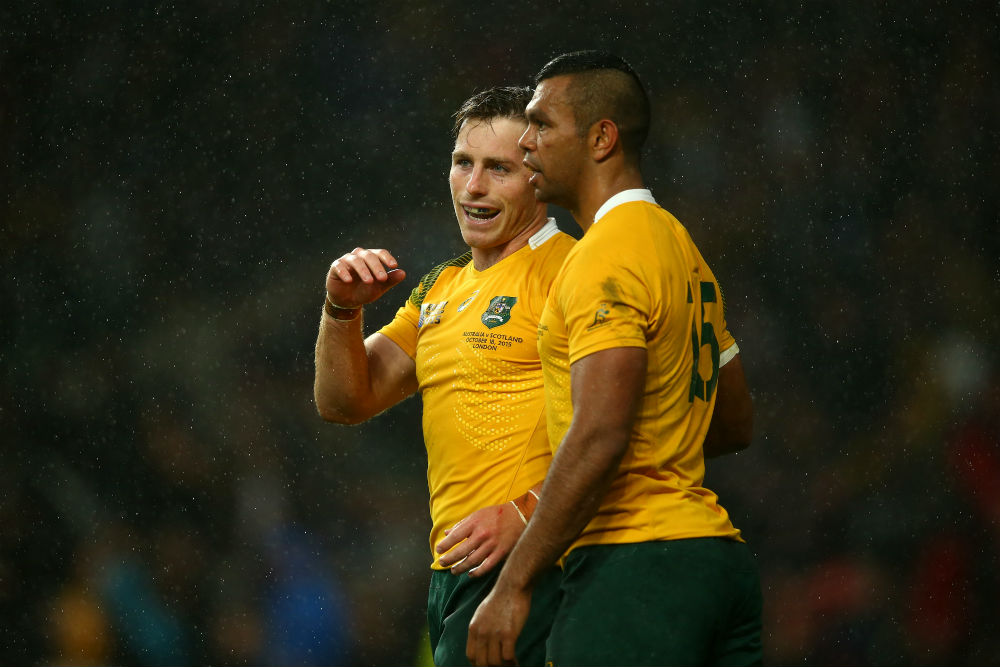 The style of rugby is completely different in Europe and some players struggle to adapt, particularly mercurial backs. European sides are run entirely differently to Australian teams and Beale need only look at Quade Cooper’s rocky stint in Toulon to see how much of an impact it can have on his form. Yes, there have been success stories such as Matt Giteau and Drew Mitchell, but money doesn’t guarantee success.

4. There isn’t always a happy ending

Northern Hemisphere rugby isn’t for everyone. With numerous Aussie stars moving overseas in recent years there has been rumours of a number of Aussie players looking to return home.  Last year we saw Kane Douglas return to Australian Rugby after less than a year of playing for Leinster. There have been talks that the likes of Will Genia, Sekope Kepu and even Quade Cooper will look to return home in the near future.

Chances are if Kurtley Beale signs with Wasps he will still be playing for the Wallabies. Head Coach Michael Cheika is a huge fun of the versatile back and as Beale has 60 caps to his name will still be eligible for the Wallabies. This could play a huge impact on his body and form. The Aviva Premiership has a 22-round regular season plus finals, and once you top that off with Wallabies Tests, Beale would be playing rugby for the most of the calendar year. We saw with Bernard Foley and Ben McCalman who played Japanese seasons following the World Cup that they both came back sore and in need of a rest before playing Super Rugby, and even Foley opting not to return for a second season. And Japanese rugby is one of the lower impact styles, so Beale could be even worse off.