Bonus points have been hard to come by this season, but the Brumbies know they need to start laying on the tries if they are to stay in the hunt for the Super Rugby title.

The ACT franchise returned to the top of the Australian conference last Friday with a win over the Bulls at GIO Stadium, ending a two-game losing streak.

They sit level on points with the NSW Waratahs, who beat the Cheetahs on Saturday, and two points ahead of the Melbourne Rebels, who they meet at AAMI Park on Friday.

The Brumbies have played and won one more game than the Tahs, but have only managed to earn a single bonus point to their rivals' five.

"They're a game behind us too, which shows that it is very important," winger James Dargaville said of earning bonus points.

"We've obviously not taken all of our opportunities in the last few weeks - a couple of dropped last passes or turnovers when we look like we're about to score.

"Moving forward, it's something we have to make the most of: scoring those tries and winning games by three tries (or more)." 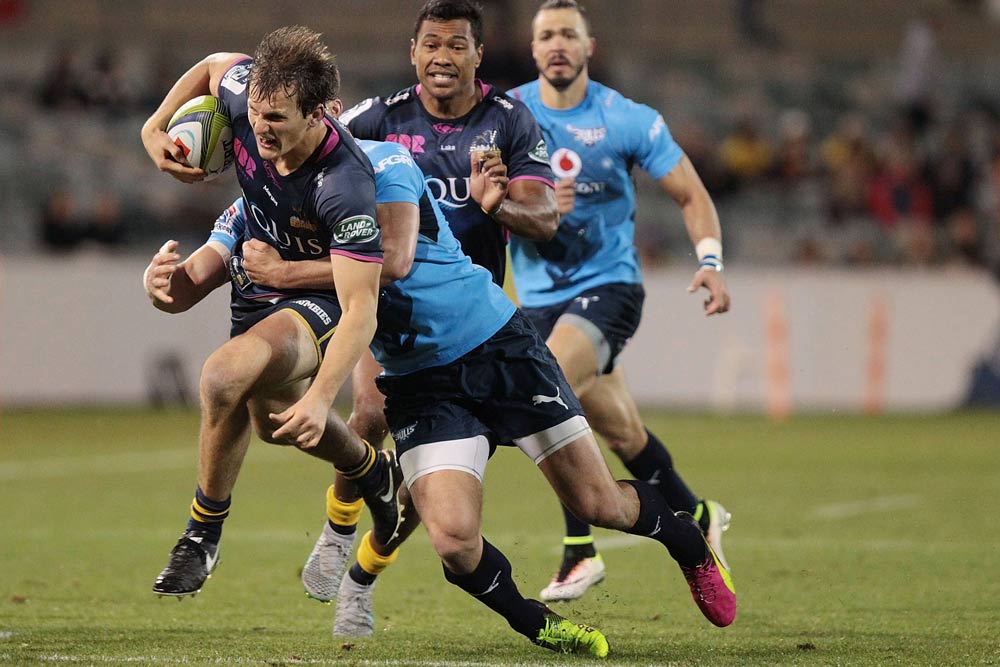 Dargaville is among a number of players who have found themselves in the Brumbies' run-on side in recent weeks following injuries to Wallabies backs Joe Tomane, Henry Speight and Matt Toomua.

Robbie Coleman filled in last week for Toomua at inside centre, with Dargaville and Nigel Ah Wong starting on the wings.

The 24-year-old said coach Stephen Larkham had put a lot of faith into his young backs, including himself, and made it clear that whoever played best would start.

"When you lose any class players there are obviously some people who think the quality is going to drop, but it just gives the younger guys an opportunity to stand up and show what they're worth," added Dargaville, who had his first 80-minute Super Rugby game in a year against the Bulls.

"We've just got to keep performing week to week and look forward to getting as many minutes as we can."