Brumbies coach Stephen Larkham wants to stay in Canberra for as long as he can.

Larkham is currently signed with the Brumbies until the end of the 2017 season but recent turbulence in the club had led to reports that he might be considering his future with the franchise.

Now that the club's standoff with CEO Michael Jones is over, the focus is firmly back on Larkham's future and on Wednesday, he said that future was ideally in Canberra.

“My focus in terms of all of this has been firmly on staying in Canberra,” he said.

“I was born in Canberra, grew up in Canberra played for the Brumbies when they first stated and I still feel there’s work to be done here.”

Larkham didn’t put a timeline on the negotiations but said he didn’t think uncertainty over his future would affect the playing group.

The Brumbies coach is also still weighing up his future at an international level, after serving as Wallabies attack coach in last year’s World Cup. 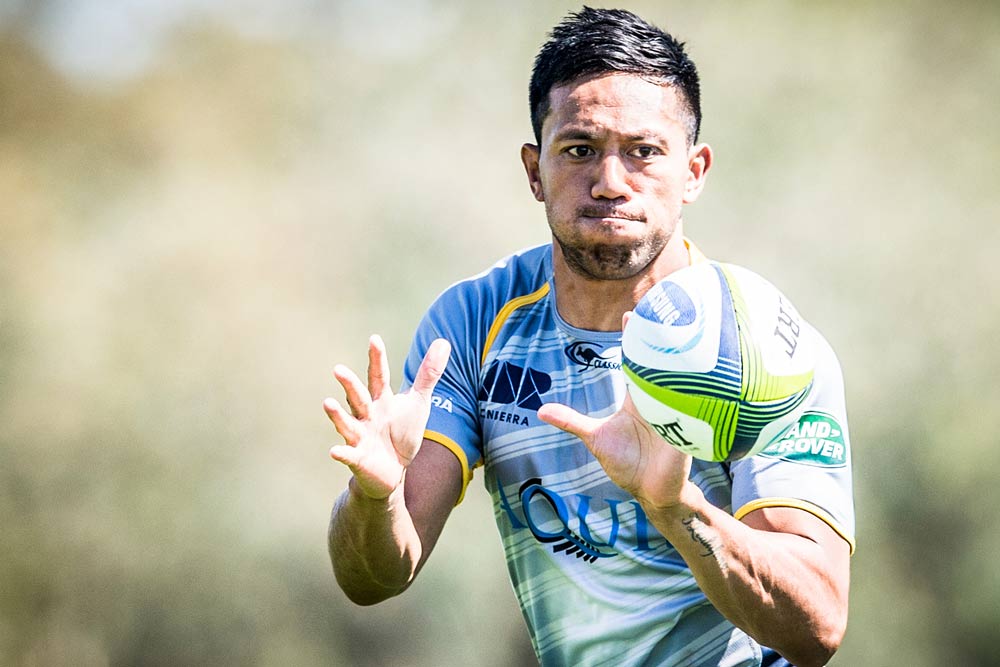 Brumbies co-captain Christian Lealiifano, who played with Larkham in his early days, said the players wanted to keep him around, as did the entire Canberra community.

“He’s someone who everyone would ideally like to stick around and it’s his personal decision to be able to do that,” he said.

“He’s had a lot more external stuff to worry about as well (recently) and I think...he’s really selfless like that making sure the club’s in a good space before he’s worried about himself.

“Hopefully he can stay around but it’s not up to me. He’s a fantastic coach and he’s turning into an unbelievable coach.

“The more we can keep him around ,the better we’ll be.

Lealiifano said it wasn’t just the team that loved Larkham, but indeed he has been an influential figure in the wider Canberra community.

“He’s passionate about this club and organisation to take it forward,” he said.

‘That’s why I think he’s so important and the community in Canberra love him and so do the players. The more we can keep him around the happier we'll be .

While his contract negotiations are simmering in the background, Larkham’s more pressing concern is getting his team back to full boil.

The Brumbies will welcome back Stephen Moore this weekend, after he missed their Highlanders clash with a corked calf, and Larkham has a number of selection dilemmas to sort out in the front row.