Stephen ‘Bernie’ Larkham was the best player I ever played with, slightly nudging George Smith, who at 35, is still dominating for the London Wasps.

The nickname 'Bernie' seems a little odd nowadays, but it certainly suited him at the time.

It originated from the 1989 movie ‘Weekend at Bernie’s’ due to his quiet and reserved nature and his ability to drift in and out of tours and regular training days barely saying a word or being noticed. 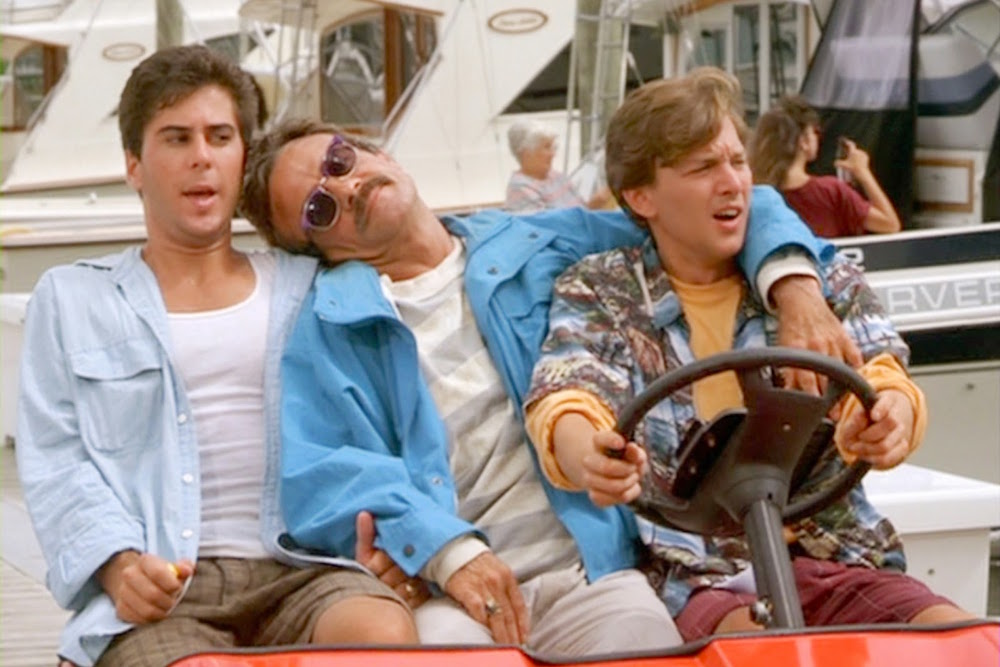 He has grown from the quiet and shy 18-year-old country kid that I first met in 1995 at our first Brumbies training camp, who loved computer games, Holden V8s and Chess.

Nobody could have ever predicted this skinny halfback from Wests Rugby Club in Canberra would become the smiling assassin in 1999 Rugby World Cup, going on to play more than 100 Tests for his country, winning two Super Rugby titles along the way with the team he now coaches.

From the outskirts of Canberra where his father Geoff had goalposts mounted in one of the paddocks to Millennium Stadium, he delivered. He pretty much sums up greatness. 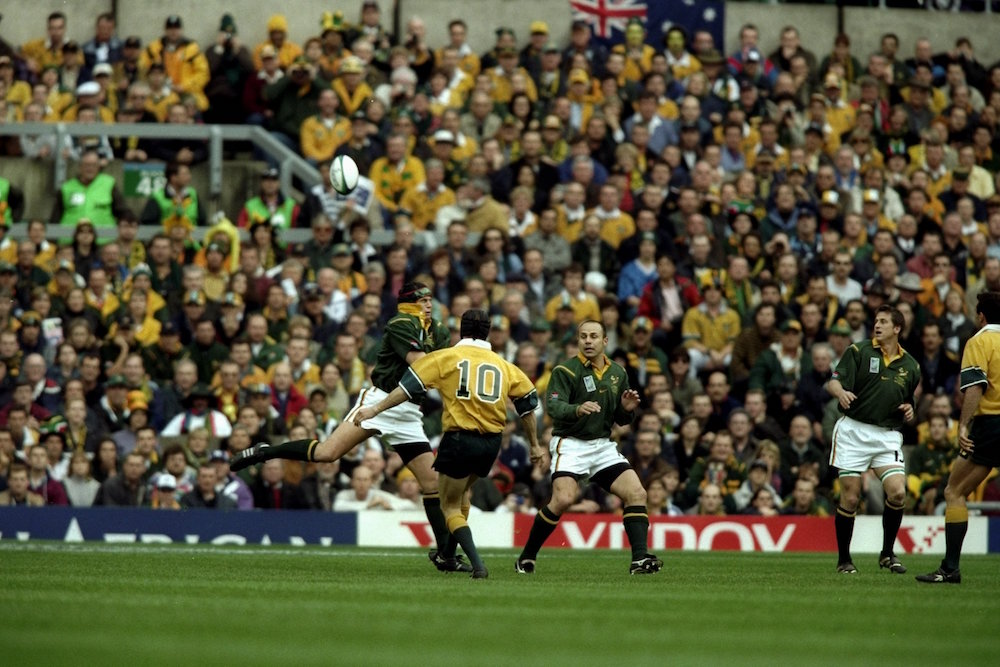 They say great players don’t make great coaches. Try and apply that philosophy to Bernie Larkham and he’ll make you look as silly as a  front rower standing in the backline in the 60th minute.

Yes, great players don’t always make great coaches. But Bernie, one of the greatest of all time, has the potential to be a better coach then he ever was a player.

This rugby royal is the heir to the Wallaby coaching throne.

His coaching apprenticeship included the experience of being coached by a plethora of club, provincial and international coaches during his playing career, before his assistant coaching roles under two very successful, internationally renowned coaches with opposite styles, in Jake White and Michael Cheika.

As a leader, you set the tone for your entire squad and have the opportunity to develop people’s potential. Bernie as a head coach most importantly understands what it is that makes a rugby player tick. Understanding your talent, implementing a game plan to suit that and managing the expectations of a squad of players is the most important part of a head coaching role.

From my experience, the coaches who can do that are successful. Coaches with the right technical expertise and understanding of the game but without the right management skill are the ones that are often bypassed. 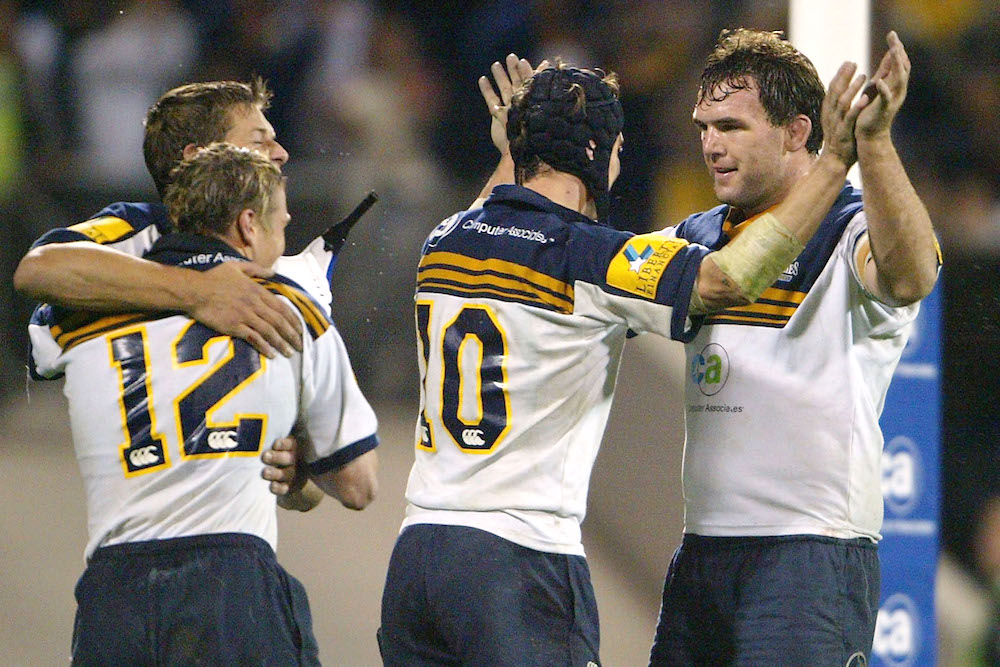 Over the years there has been plenty of negative commentary on the player power of the Brumbies but this is the organisation's strength. The franchise has the ability to realise that players already have power through their knowledge, experience and motivation.

Leadership is a combination of your character and your capability. Bernie is strong in both.

The creation of an environment that encourages ownership and lets that power put plays a critical role in this. Empowering people by telling them what to do does not work. I am sure Bernie has engaged ownership rather than mandating a style for his team. You can see that in the way they are playing.

Stephen is still young as an international coach but has been moulding his own style and game philosophy with the current Brumbies squad and will be cherry picking the best of everything he has learnt in a professional rugby career that spans over two decades. 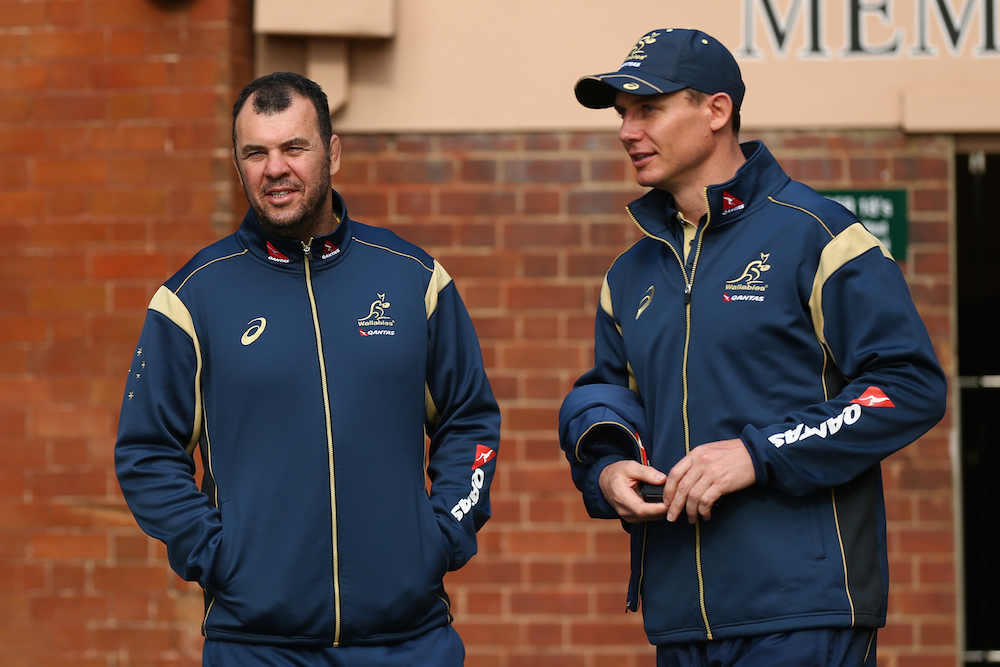 His stints with Cheika, White and Laurie Fisher would have given him some wonderful insight into the dark art of forward play. The Brumbies forward pack and set piece continues to be one of their key weapons, but he will likely credit Dan Palmer and Dan McKeller for that.

As a player who was renowned for his ability to run a backline, understanding and controlling the momentum of a game, he now seems to instil this in his playmakers in Canberra. This skill is one of the most important component in the modern game of rugby.

Managing the media is also a huge part of the modern day coach and how Stephen has handled himself and the Brumbies in the spotlight during their off-field debacle is a credit to him and his team.

Just like the movie, ‘Weekend at Bernie's’ I think Brumbies fans are now beginning to accept the situation. We all knew something wasn't right with Bernie in the movie, but we just stopped noticing and just continued to enjoy the party!

This weekend at Bernie's home town, Canberra brings an exciting challenge against an in-form Crusaders team, who they respect but desperately want to beat.

A former teammate of Larkham's and Captain of the ACT Brumbies, Owen Finegan played 90 matches for the Brumbies and 56 Tests for the Wallabies. He is currently the CEO of The Kids' Cancer Project Australia.