Angus Ta’avao has come to the Waratahs to help fill the absence of Sekope Kepu and the former Blues prop hopes to one day join him as a capped Wallabies prop.

Ta’avao’s mother is from Geelong, though he was born and bred in Auckland, meaning he is eligible to play for the Wallabies and he said international opportunities had crossed his mind.

“Every rugby player wants to play at the highest level possible and there’s two awesome players in New Zealand have been there for the last few years and have signed for a couple more years,” he said.

“I’m not saying I’m going to walk right in there. I’d really like to play well for the Tahs at the moment and that’s my focus but if that call comes in I’m willing to put my hand up for it.

Wallabies coach Michael Cheika has visited the Waratahs as well as the four other Australian Super Rugby franchises and Ta’avao said he felt something special was building with the team.

“He came in the other week and presented the identity and the culture of the Wallabies,” he said.

“He started with the Waratahs with their culture and their identity and he’s built that into the wallabies seems like something really special that’s building and that’s something I’d like to be a part of.


It was the culture of the Waratahs that was ultimately the clincher for Ta’avao to cross the Tasman for 2016, he said.

“I’d sort of been in New Zealand in the last five years and never been to any (preseason) camps for example or anything like that,” he said.

“It was a  tough decision because I was pretty keen to stay in new Zealand but with Daryl coming over it was just another option there.

“I thought about it really hard and biggest thing for me was culture.” 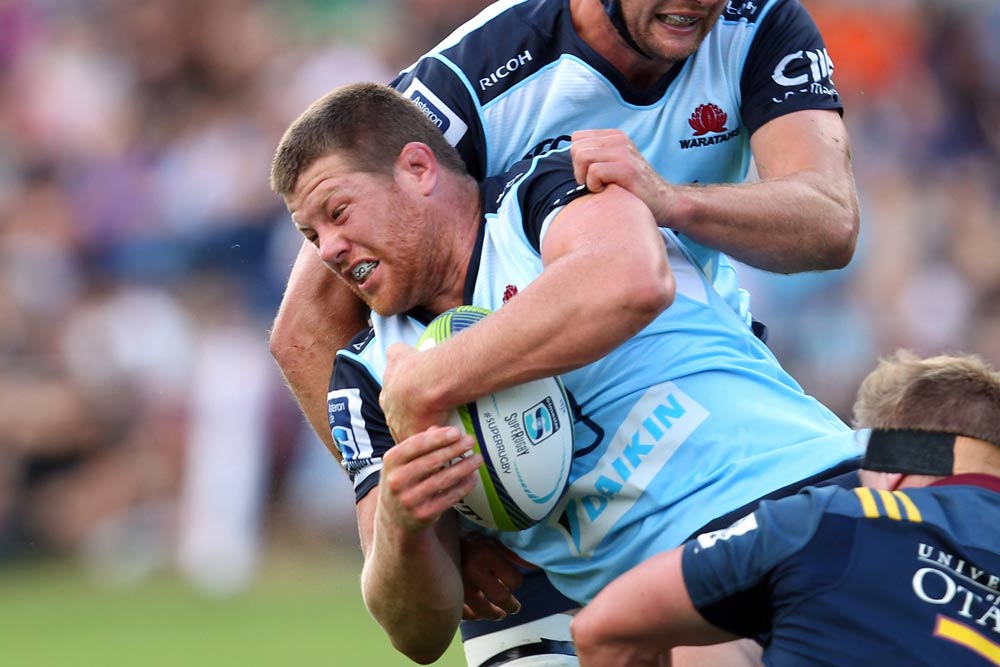 The bleach-haired giant has brought some of his own flair to the Waratahs, with a talent for rap  and a liking for bringing a lighter side off the field, though he said it’s all business on the pitch.

“I do like to have bit of a laugh but I keep that for things like this (launches). I’m always up for a bit of a joke,” he said.

The ball was rolling on the signing Ta’avao after Daryl Gibson sounded out his own players about their most frustrating opponents.

“I was asking our front rowers who was tough, who have they come up against that really frustrated them and his name came up,” Gibson said.

‘I did a little bit more exploring and found that he is Australian eligible which is a real benefit and the next thing was to sell the Waratahs to him and get him to come over here.”

Gibson has pushed Paddy Ryan to loosehead to enable both props to start, in what he admitted was somewhat of an experiment.

“What I've tried to do is get our two best props around the field on the field.

“One of the things you could say about new Zealand props is they give their teams a great deal around the field.

“Not only can they catch and pass, they can tackle, do a variety of things.

“In the game we’re trying to play, it’s necessary our props are able to do that.

“That’s why I’ve tried to get our two best on the field.”

Veteran Waratahs backrower Wycliff Palu has been left out of the side, with Gibson opting to ease him back into the season.

"I want to ease Cliffy back into rugby," he said.

"We’re starting to learn how best to train him and what his body can tolerate and the volume.

"For us he’ll be unleashed at some stage in the next few weeks. "