He has a namesake statue in Japan but Queensland Reds recruit Ayumu Goromaru is likely to lead a slightly more anonymous existence at his new Rugby home.

A handful of Japanese reporters turned out to cover his first press conference in Australia and many will be following his journey through the season, a sign of just how popular the World Cup fullback is in Japan.

The Reds have created a 'Goromaru' membership that includes personalised merchandise and exclusive content about the Test fullback.

After arriving in Brisbane over the weekend, the 29-year-old trained with the Reds for the first time on Monday, with a decision over whether he fits into this weekend’s trial against the Brumbies to come tomorrow.

Language will be the first barrier for Goromaru and his teammates, with the Yamaha Jubilo fullback speaking only limited English, before the game plan even comes into things. 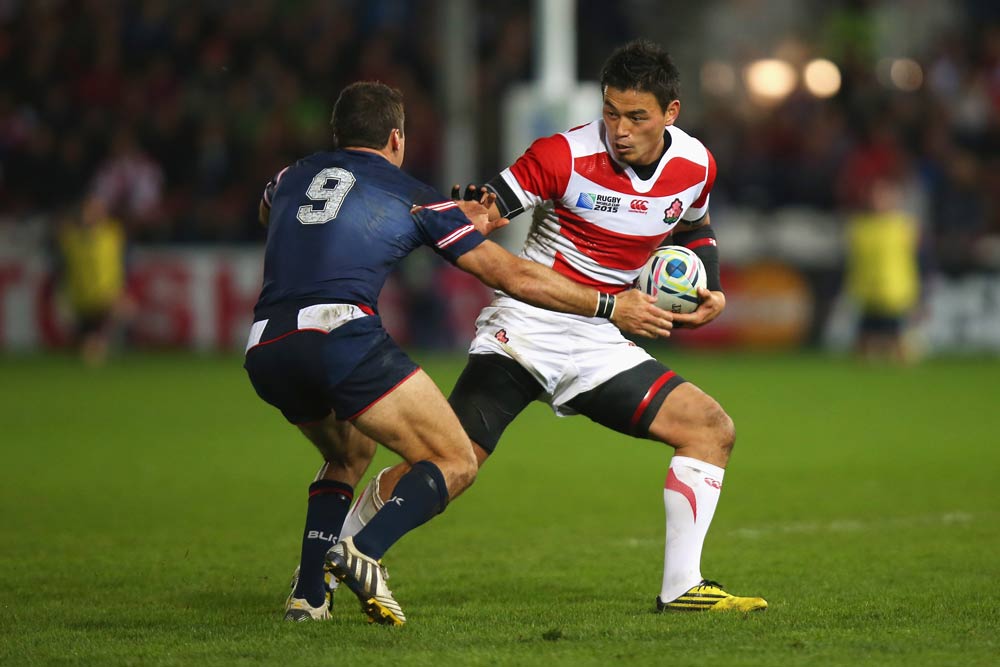 Goromaru said it was a conversation with Japanese coach Eddie Jones that piqued his interest in coming to the Reds and he had not received offers from any other Super Rugby sides.

He was in the stands for Queensland’s first trial against the Crusaders and said the speed of Super Rugby was something he hoped to be able to match.

“I was impressed by the speed and physicality of the Super Rugby teams and I’m looking forward to being able to bring that and match that myself,” he said.

Goromaru’s superb kicking accuracy will be a major boost for the Reds, who struggled in front of the posts in 2015.

Graham said that would be one of Goromaru’s biggest strengths coming into the franchise.

“A lot of the games we’ve lost recently have been small margins, inside seven points, so having a guy that can kick goals is important.”

Whether Goromaru will displace Karmichael Hunt as the side’s starting fullback looms as the next decision for Graham, but it’s a choice he is pleased to have.

“What it means importantly for us is we’ve got two quality fullback options,” he said.

“Goro played very well not just throughout the World Cup but on the world stage.

“Today will be his first training session and we’ll just see over the next couple of days how he trains.

“There’s absolutely no doubt it’s a good thing for the Reds.”