Naisarani re-signs through to 2021

Powerful no. 8 Isi Naisarani is staying in Australia through to 2021 with Rugby Australia and the Rebels confirming the new deal on Monday afternoon.

The Fijian-born backrower burst into the Super Rugby scene for the Force back in 2017, after a standout NRC season, and has gone on to put himself right in the Wallabies' World Cup frame.

Naisarani became eligible for the Wallabies in April this year after moving to Australia in 2016 and a development player on the Wallabies' Spring Tour last season.

Naisarani has played for three Super Rugby clubs since making his debut for the Force back in 2017.

The 24-year-old moved to the Brumbies in 2018 before signing a deal to reunite with Dave Wessels in Melbourne this season, playing 10 matches for the Rebels so far.

Naisarani said after a number of seasons of moving, he was ready to settle in one place. 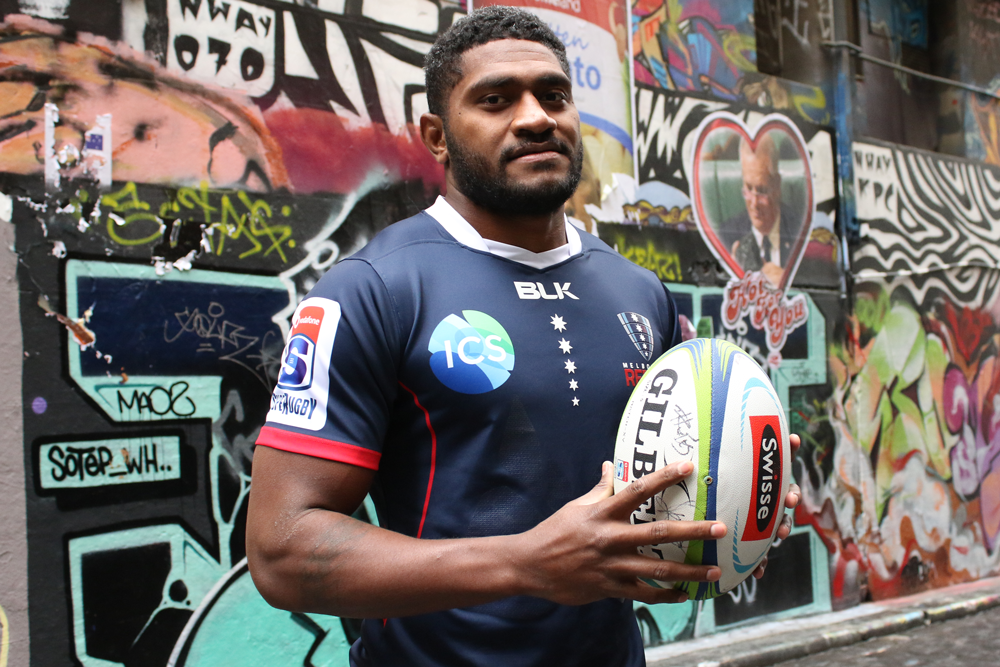 “Having spent my first three years in Super Rugby at three different Clubs, I feel that settling down here is the right choice, and the Rebels will give me the best chance to develop my rugby further.

“I feel like we’re also building a special group of players here in Melbourne and under the guidance of Dave (Wessels), I also feel like we are capable of continuing to improve as a squad over the next couple of years.”

“I’m really pleased for Isi and for Australian Rugby that he’s committed for another two years," he said.

"He’s an exciting prospect for us and from speaking to him, he’s clearly very passionate about his team mates and about Australin rugby.

“He’s a talented player for sure, but one thing that impresses me about Isi is his personal commitment to bettering himself as a player, asking questions and not being afraid to make a mistake in order to learn from it."

Rebels general manager of professional rugby and pathways, Nick Ryan, said Naisarani would be a pivotal part of the Melbourne outfit moving forward.

"Isi is an exceptionally hard working and humble member of the playing group. He is a real quiet achiever and has the potential to be one of the best number eights’ in the competition,” Ryan said.

“We believe Isi is a big part of the Melbourne Rebels future and we can’t wait to help support and nurture his rugby development. We really want to make this city proud of the people we have at this club and the performances we produce each week and we are proud that Isi will be a big part of that for us this year and for the next two years.”

The Rebels take on the Waratahs on Friday May 31 at AAMI Park, kicking off at 7:45pm AEST, LIVE on FOX SPORTS, Kayo Sports and via RUGBY.com.au RADIO. Buy tickets here