UPDATE: Rugby Australia CEO Raelene Castle says the organisation faced a "significant fight" for Dave Rennie's signature in recent weeks but loyalty prevailed after months of talks finally resulted in the Kiwi signing on to coach the Wallabies.

Rennie was unveiled as the new Wallabies coach on Wednesday morning, with a three-and-a-half year deal taking him through to the 2023 Rugby World Cup.

The 55-year-old will arrive in Australia after the conclusion of the Pro14 season in June, leaving him less than a month too fully acquaint himself with the squad.

Rennie's assistants, who are yet to be appointed, and director of rugby Scott Johnson, who Rennie worked with in Scotland, will drive much of the on-ground work before he arrives.

Australia had been in discussions with Rennie for many months but New Zealand's interest, by Rennie's admission, came in late in the process and ultimately the Wallabies won out.

There was some doubt thrown over his potential acquisition, when he admitted there had been a "flattering" approach from the All Blacks about applying for the New Zealand role.

Castle said on Wednesday that Rugby Australia had been in a "significant fight" for his commitment before Rennie was over the line.

"We've been in a significant fight to make sure we got his signature and literally the contract was only signed 24 hours ago," he said.

"We put our best foot forward and he chose us. He chose this organisation and this Wallaby team because he thinks he can be successful with it."

Rugby Australia''s director of rugby Scott Johnson, who has a long standing association said he felt Rennie's loyalty won out when opting to ink a deal with the Wallabies.

"He obviously harboured the ambition to coach international rugby and so expressing a desire and showing interest, I think there was loyalty to someone (who had) come knocking on his door," he said.

"That's the type of guy he is - he's humbled by the offer and he's humbled by the interest so I'd like to think that he sees us as a platform of which can improve up that scale because at the moment, we sit as a top eight side that on any given day can beat anyone. we've got to get consistency in our performances.

Speaking from Glasgow, though, Rennie said New Zealand's interest simply came in too late after he was already well into talks with Australia.

"I'm a proud Kiwi but the big thing is I've been talking to Australia for a lot of months and the All Blacks interest came in late in the piece and by that stage, we'd done a lot of homework, we were really excited about the opportunity to go to Australia and that ended up being an easy decision," he said.

Rennie is the second New Zealander to coach the Wallabies, after Robbie Deans almost a decade ago, and while he said he understood why fans might have a mixed response to that, he hoped he could prove his desire to see Australian rugby flourish.

"I think Australians want their national team coached by an Australian and I'm okay with that," he said.

"Hopefully, they're feeling that way because they care about Aussie rugby and all I can say is everywhere I've gone I've immersed myself in the community and the culture.


"I guess we'll be judged by what we do as opposed to what I say now but I can assure you that I care about he future of Australian rugby, going to work really hard to get a strong connection with the Super Rugby coaches and a national age grade coaches to ensure we've got good young talent through and good pathways for them."

While the merits of appointing a New Zealand coach will always be debated in Australia, what can't be argued is Rennie's on-field credentials after glittering stints with both the Chiefs and Glasgow.

Rennie finished six seasons at the Chiefs with a 68 per cent winning record (71 wins from 104 games) and two titles and took Glasgow to the Pro14 final last season.

Castle said that success should show why he was ultimately considered the best candidate for the job.

"He has been successful at every job he's taken on and his stats that have been talked about already have proven he has extensive success regardless of where he goes," he said.

"One of the things he is very good at is building culture and making sure that he works inside a culture he respects hugely, the Wallaby culture, the history and at the end of the day he's chosen this job.

Off the field, Rennie has often been described as a somewhat anti-establishment character, not entirely enamoured with the New Zealand structure of succession when it comes to the All Blacks post.

Part of that meant he was content to depart for Glasgow in 2017, after Steve Hansen was re-signed on a long deal. 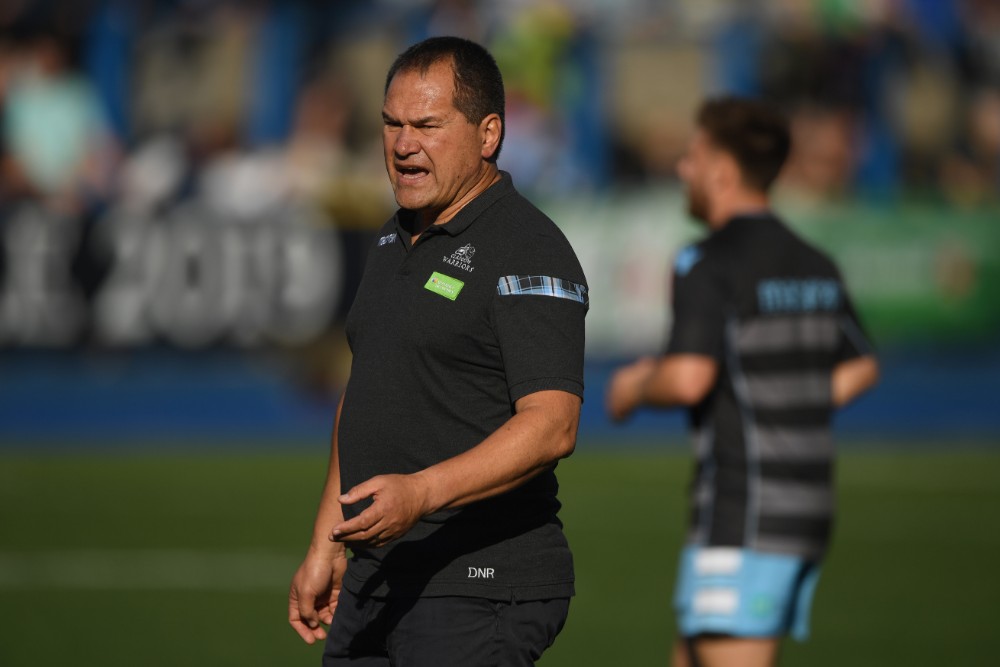 Rugby Australia director of rugby Scott Johnson, who originally recruited Rennie to the Scotland setup, said the new Wallabies coach would be the best fit for Australian rugby.

"What attracted me to Dave when I first put him on in Scotland in the Glasgow job, humble guy, really humble man who is a tracksuit coach who gets out there, encourages skill there's a lot of work on skill development, plays a very, very attractive way, what you see is what you get and that's where we are, that fits our dynamic," he said.

"He's a hard-working coach too, first in and last to leave, there's really good qualities and he's got great people skills with the players. So, when you look at that there's a lot of good boxes to tick and we haven't even said how successful he's been.

"So, that fits I think where our dynamics fit, how we want to play our rugby, how we identify ourselves, there's more positives in that and he's a good man."

Rennie will also be Australia's first Polynesian coach, coming from a Cook Islands background, something that could be major boost when it comes to building relationships with many of Australia's top Test players.

The Super Rugby-winning coach brings with him a structured rugby philosophy and Johnson said the balance between high-possession rugby and tactical kicking was something he felt Rennie would be able to strike.

"I think Australians want to see Australians play attacking rugby or a brand that is attractive but it's got to be successful, it just can't be willy nilly, it's got to have method to it," he said.

Rennie was one of roughly seven candidates "seriously considered" for the Wallabies job, while England coach Eddie Jones was also contacted as part of the due diligence. 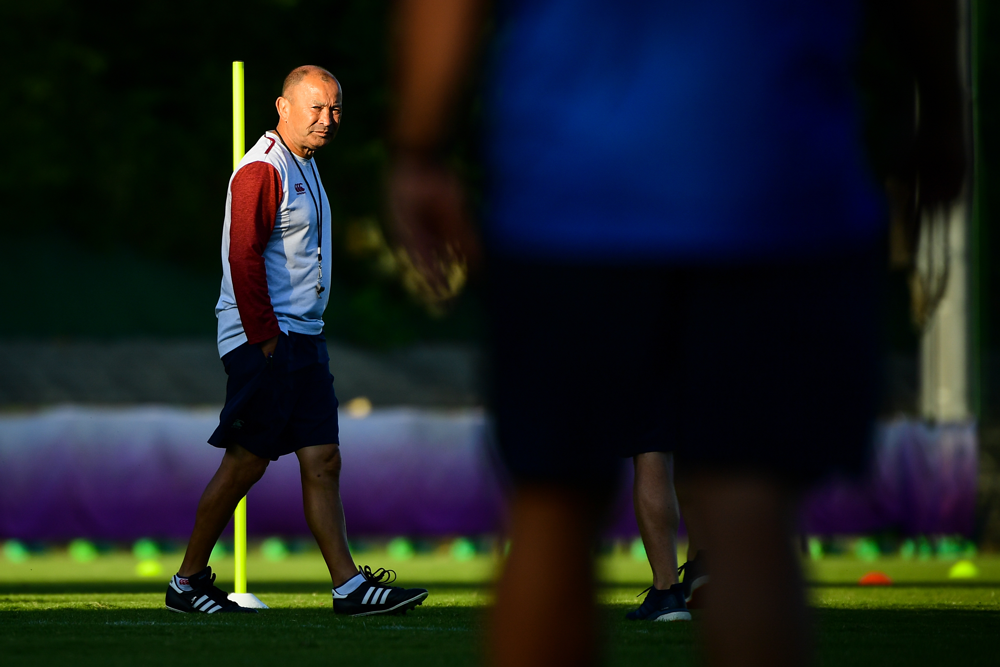 "We had some discussions with Eddie behind the scenes but ultimately he was contracted to England and he had a very tight contract with England and that ruled him out from our discussions," she said.

"I'm not going to go into the details of those conversations.

"At the end of the day, these things are delicate and there was other conversations with people but we certainly explored that avenue and made sure we had explored it deeply and ultimately was contracted with England."

The relationship Rennie has with Australia's rugby administrators was another key factor in the process of appointing a coach, after the disintegration of her relationship with Cheika in the final year of his tenure.

When Cheika resigned he said he had almost no relationship with Castle and expressed his frustration with Johnson's addition to the setup, something that reflected a growing distance between the national team and the administration.

Castle said Rennie's selection was as much about the culture he would create as his rugby credentials.

"That's an important part for us," he said.

"Obviously it's not just about Rugby Australia but it's about the team environment that he's capable of delivering and the consistent feedback from everyone that's played with him or anyone that's been part of his team as an assistant coach or a CEO that's worked with him is that he understands bringing a group of people together and making sure he involves everyone in that organisation and that was a very important part of our consideration."

Rennie said a meeting with Castle helped convince him to take the Wallabies job.

"Raelene Castle made a massive impression on me, sat down with her over a long lunch of about four hours," he said.

"She really impressed me, smart, driven, keen for change and really down to earth. I think strong leadership is important for me and to have her and Johnno in there to help drive things was important."

“We have known for some time that Dave was in talks with Rugby Australia, so we have been clear about his position regarding the All Blacks Head Coach position.  We congratulate Dave on his appointment and wish him the best," the statement read.

"We certainly look forward to hosting him as the Head Coach of the visiting team during the Investec Rugby Championship.”

DAVE RENNIE - BY THE NUMBERS