He's only just arrived back in Australia, but that hasn't stopped Wallabies great Tatafu Polota-Nau from giving back to the game that has given him so much.

The 35-year-old returned to Sydney after his three-year stint with Leicester Tigers came to an abrupt ending following the COVID-19 outbreak.

On Saturday, the 90-Test stalwart, who represented the Wallabies at three World Cups including in 2019, returned to where it all began running out for the Two Blues against Gordon in fourth grade at 10:50am.

When the last game of the day at 4.50pm needs a linesman, who runs out without being asked?

The guy who played the very first game of the day that morning at 10.50am who also happens to be an 80+ test Wallaby, the epitome of club rugby.

Almost six hours later, Polota-Nau was still at Chatswood Oval and when the women's first grade six needed a touchline official at 4:50pm, the much-loved hooker didn't hesitate and grabbed the flag.

Former Wallabies forwards coach Simon Raiwalui tweeted, "So good to see a legend like Taf representing where it all started!"

It was a big weekend across the rest of the Shute Shield competition as well.

Lots of points on the board after Round 2!


Easts, who were ruffled by their loss to Gordon in round one made sure to secure the win against West Harbour.

The competition welcomed back Penrith Emus who were right in the fight with Northern Suburbs however struggled to hold them in the second half.

Four clubs will head into round three undefeated with Gordon and Randwick sticking out as early favourites.

This weekend sees Manly host ladder leaders Northern Suburbs for match of the round at Manly Oval. You can catch the action LIVE & FREE on 7TWO from 3pm or on the 7PLUS app.

In other round three fixtures Warringah will host Eastern Suburbs at Rat Park, Eastwood will take on West Harbour at home and Two Blues will play the undefeated Randwick.

All games kick off at 3pm.

Cluch TV will be LIVE streaming First Colts and Second Grade via Facebook on Saturday with First Grade games available on replay Sunday morning which is available here.

Queensland Rugby Union welcomed the return of three more competitions over the weekend with Gold Coast, Central Queensland and Mackay clubs all taking to the field.

Surfers Paradise put 52 points on the Palm Beach Currumbin Alleygators to secure a 52-23 win whilst the Rockhampton Brothers kicked off the season with a 31-7 win over Frenchville.

Up in Mackay, the highly anticipated clash between the Whitsunday Raiders and Kattabul saw the Raiders come out on top 34-17. 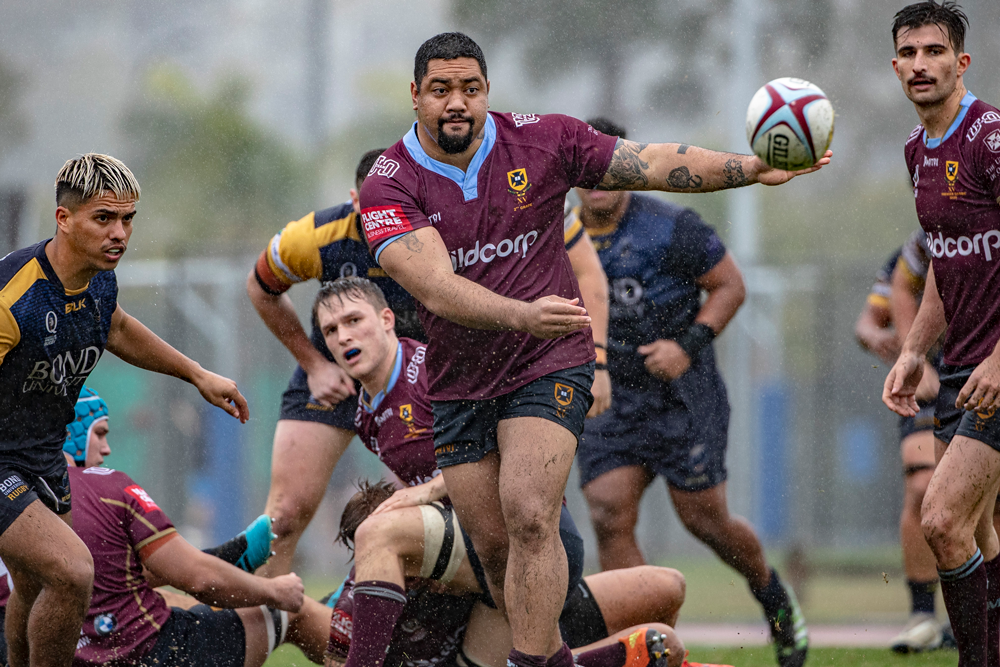 Former Reds front rower Albert Anae suited up for UQ in their trial match agains Bon Uni. All matches will be LIVE on reds.rugby this weekend.

The Joondalup Brothers were the first team to step up to the plate in the Fortescue Premier Grade over the weekend claiming a five-point victory over Kalamunda.

Flyhalf and Captain Sheldon Tarawa proved crucial in the win coming away with a 100 per cent strike rate.

Both Wanneroo and Perth Bayswater got back into form with a 20-point win against their respective oppositions whilst Nedlands sent a strong message to the rest of the competition thrashing Palmyra by 17 points.

Associates went down to Cottesloe 17-27 in the famous ‘Battle of Broome Street’ where a record 15 hundred fans flocked to the club for a historic night.

Next weekend’s match of the round will see Perth Bayswater take on Curtin Univeristy at Pat O’Hara Reserve on Saturday. Curtin will be looking to shake off last weekends’ result and Perth Bayswater will be chasing a second consecutive win.

The game will be streamed LIVE on wa.rugby.

Other key matchups will see Palmyra take on Associates at Thompkins Park, Wests Scarborough will face Wanneroo and local rivals Southern Lions will battle it out with ARKs.

With finals just around the corner, rugby is well and truly heating up in the Northern Territory. Round nine saw Casuarina thrash Palmerston 34-0 despite a tight start with both sides taking the lead earlier in the match.

University Pirates also delivered another strong performance and secured their spot at the top of the ladder after beating 2019 Premiership winners the Dragons 24-5.

Next weekend, Casuarina take on the South Darwin Rabbitohs and Palmerston take on University Pirates on Saturday at 7:00pm ACST.

Round four of the Coopers Premier Grade saw Woodville and Onkaparinga in the spotlight for match of the round with Onkaparinga coming out victors 41-19.

Brighton claimed a convincing 151-5 win over Elizabeth, Old Collegians put on a fierce performance winning 48-19 over Southern Suburbs, Burnside proved they were too strong for Adelaide University defeating them 42-7 and Port Adelaide’s Tere Kaue used his big frame to score a hat-trick in a  38-5 win over Barossa.

This week’s match of round features Onkaparinga and Old Collegians and will be streamed LIVE on Rugby SA’s Facebook from 3:30pm ACST.

It was a fascinating round of rugby in round two of the John I Dent Cup with Tuggeranong Vikings turning over the Champions Royals and the Whites upsetting the Eagles away from home.

Sandwiched between the two huge results was Uni-Norths Owls win over Wests with the Lions unable to recover from a rough start and the Owls coming away with a 32-29 victory.

Vikings relied on gritty defence and the boot of Brumbies Academy star Isaac Henry to outlast Royals 34-26 at Erindale. Royals now sit bottom of the ladder, not the start they wanted to their title defence.

Overall it was Queanbeyan Whites who stole the show with a mostly U23 side and demolished a strong Gungahlin outfit 31-26.

Round three match of the round will see Queanbeyan Whites take on Uni North Owls at Dave Campese Oval at 3:15pm on Saturday and will be streamed on the John I Dent Cup Facebook page.

Fans flocked to fields across Tasmania over the weekend for round one of the premiership competition. The inaugural "Greg Sawyer Shield" was a tightly contested emotional match between Uni and Taroona.

It was an arm wrestle with the lead changing throughout the match, eventually Taroona came away to claim a 36-25 victory over a new-look Uni side.

In a close encounter the Devenport Bulls defeated the Hobart Lions 12-7 and Harlequins also secured an impressive 30-26 win over Glenorchy Stags.

Yesterday at 10:33 AM International
Feature