Issak Fines had to wait for his Super Rugby moment but his patience paid in spades last weekend and the round three match winner could bring some extra value to the side this weekend.

Fines, who scored in the 78th minute of the Brumbies' round three clash with the Waratahs to put them in a winning position, has played for the Force the past two years and will bring some extra understanding of his round four opponents to the group.

The 24-year-old has had to wait for his Super Rugby opportunity and Perth was one of his stops on the way the Brumbies' Super Rugby squad.

Starting out in the Brumbies system as a youngster, Fines represented the Australian Schools side but ultimately moved to Queensland to try and carve out his career across the border.

It was in Queensland where he began to really find his feet in club rugby and NRC.

Fines won the Queensland Premier Rugby Alec Evans medal as the competition's best player in 2016, demanding some attention from the next level, before playing a handful of games with Queensland Country and then Brisbane City in the NRC.

He took up an opportunity with the Force in 2018 and spent two years in WA, where he stood out in their Rapid Rugby competition and stepped up in the absence of an injured Ian Prior.

Being able to have a Super Rugby crack with the Brumbies was a dream come true for Fines, he said after Saturday night's enthralling encounter.

"It's meant everything to me," he said.

"I've wanted to play Super for a while especially for the Brumbies so being a part of it now is a dream come true. 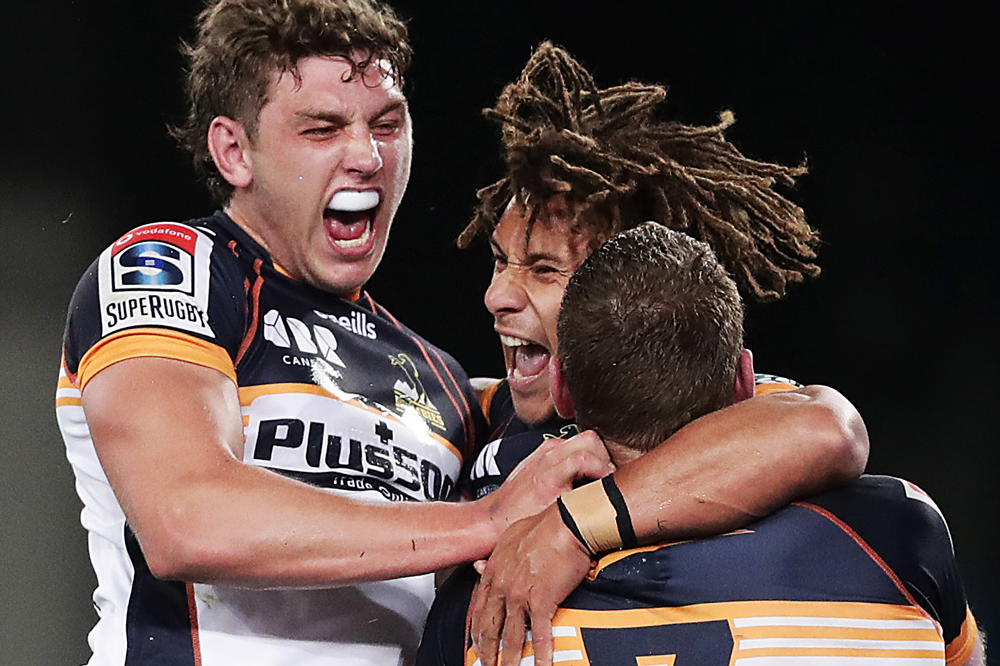 Brumbies coach Dan McKellar said Fines's match winning moment was a reward for the patience the young scrumhalf had put in at all levels of the game.

"He's worked hard for a long time to get opportunity at this level and to have a moment like that, where he sealed a win in a Brumbies-Waratahs game, pretty special," he said post-match.

"He's come the long way, he hasn't been gifted an opportunity, he's played a lot of NRC, had some time at the Force so special player, h'es got a point of difference.

Clearly, that composure paid off, with Fines looking up to see a 78th-minute hole to slip through to put the Brumbies one point down with a kick to come and just one minute

"(Playing) 20 minutes you get a chance to get settled, you get comfortable, you're not rushing yourself so I was pretty happy in the end," he said.

"It was exciting to be out there again, second time getting that opportunity in a close game."

This weekend he could have the chance to go up against many of those that he played alongside in recent seasons in the Force.

"A few familiar faces and a few friends so there might be a bit of banter out there," he said.

"Should be good, should be a good match.

"They've been playing pretty well and should be a good match up for us."

Fines could have a battle on his hands for a halfback spot with Ryan Lonergan closing in on recovering from a an ankle injury and starter Joe Powell in consistent form.

The nippy scrumhalf said he embraced the competition he felt with those two.

"Joey and Ryan, they're both great nines and even better blokes," he said.

"We've got a pretty good relationship at training, just pushing each other each week which I guess helps the team in the end."

The Brumbies take on the Force at Leichhardt Oval on Saturday July 25, kicking of at 7:15pm AEST, LIVE on Foxtel, Foxtel Now and Kayo Sports. Buy a ticket here. Buy a Kayo subscription here.